Football Federation Australia chairman Steven Lowy has confirmed his board is opposed to "crucial aspects" of a report handed down by a FIFA-backed working group into how the federation's congress should be expanded.

The congress review working group (CRWG) has submitted its recommendations to the global governing body after seven weeks of consultation with key stakeholders in Australian football. 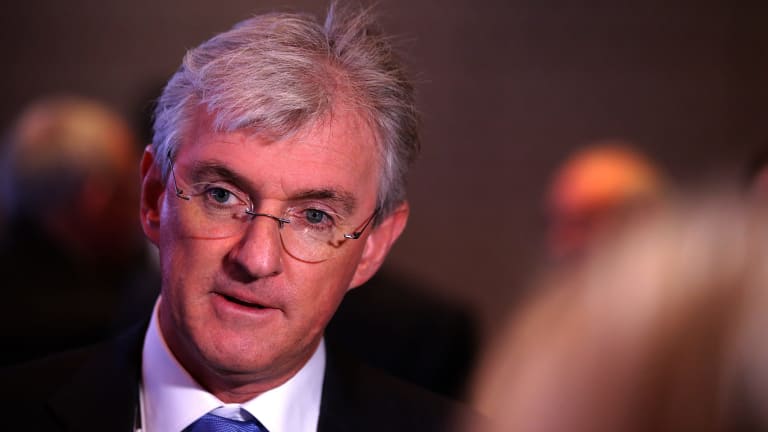 High stakes: FIFA could sack the FFA board of chairman Steven Lowy if the congress review working group’s proposals are not passed.

It comes as four of the country's smallest state federations put forward a counter-proposal to the CRWG that they say better addresses the needs of grassroots football.

The CRWG's report is still under wraps and will only be released publicly at the discretion of FIFA, who commissioned it in attempt to force FFA to fall in line with its statutes after several years of pressure on the Lowy family.

The current FFA congress is the smallest and least democratic in world football.

FIFA is expected to approve the recommendations and ask for them to be adopted at an FFA special general meeting by September 7.

But the likelihood of that happening is low, with four state federations – the ACT, Northern Territory, Northern NSW and Tasmania – ready to vote to down the changes.

If the CRWG's proposals do not pass, FIFA could sack the FFA board and replace it with a normalisation committee to run the sport.

It's understood the sticking point in the long-running saga has not changed – the balance of votes in an expanded congress.

The concern of FFA and the four state federations in their corner is that A-League clubs will wield too much power at the expense of the grassroots and other elements of the sport.

However, FFA's previous suggestions for a reformed congress have not satisfied FIFA's demands for a more democratic structure.

"There are many elements of the report which are positive steps and wholly supported by the FFA board," Lowy said in a statement.

"However there are also some crucial aspects of the report which the FFA board does not believe are in the best interests of the game and are inconsistent with its guiding principles."

The ACT, Northern Territory, Northern NSW and Tasmanian federations were not part of the CRWG and in a joint statement said it was "very challenging" for the states who were to represent their views.

Combined, they account for just 18 per cent of the registered players in Australia.

The Association of Australian Football Clubs, the lobby group representing dozens of state-league clubs around the country, said the four opposing state federations and FFA should "hang their collective heads in shame" for attempting to block the CRWG's proposals.