The Les Parisiens boss, 45, was seen casually drinking from a tiny water bottle as his side conceded at the death at Anfield as they lost 3-2. 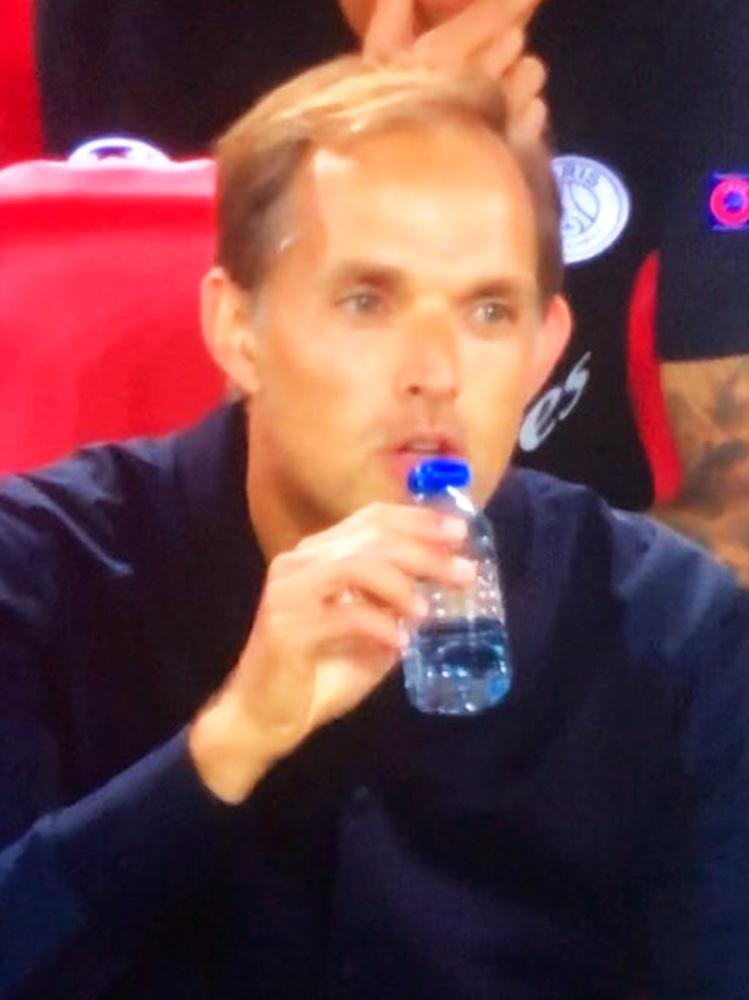 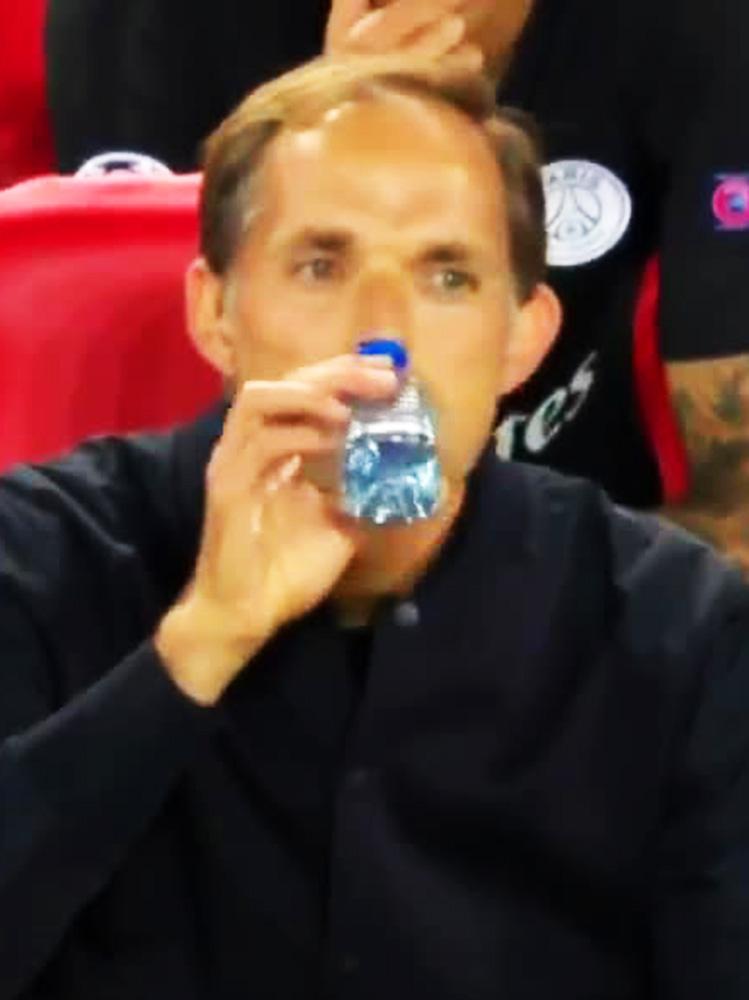 Football fans immediately questioned why the ex-Borussia Dortmund gaffer was sipping from a bottle that size.

With one supporter quipping he was drinking from Switzerland international Xherdan Shaqiri's bottle.

Reds striker Firmino came off the bench to fire past Alphonse Areola in the 91st minute in epic fashion, before brilliantly covering his eye in celebration – referencing the injury he picked up against Tottenham.

But despite the frantic end to the game in Merseyside, one supporter insisted the highlight of the encounter was Tuchel's pocket-sized bottle. 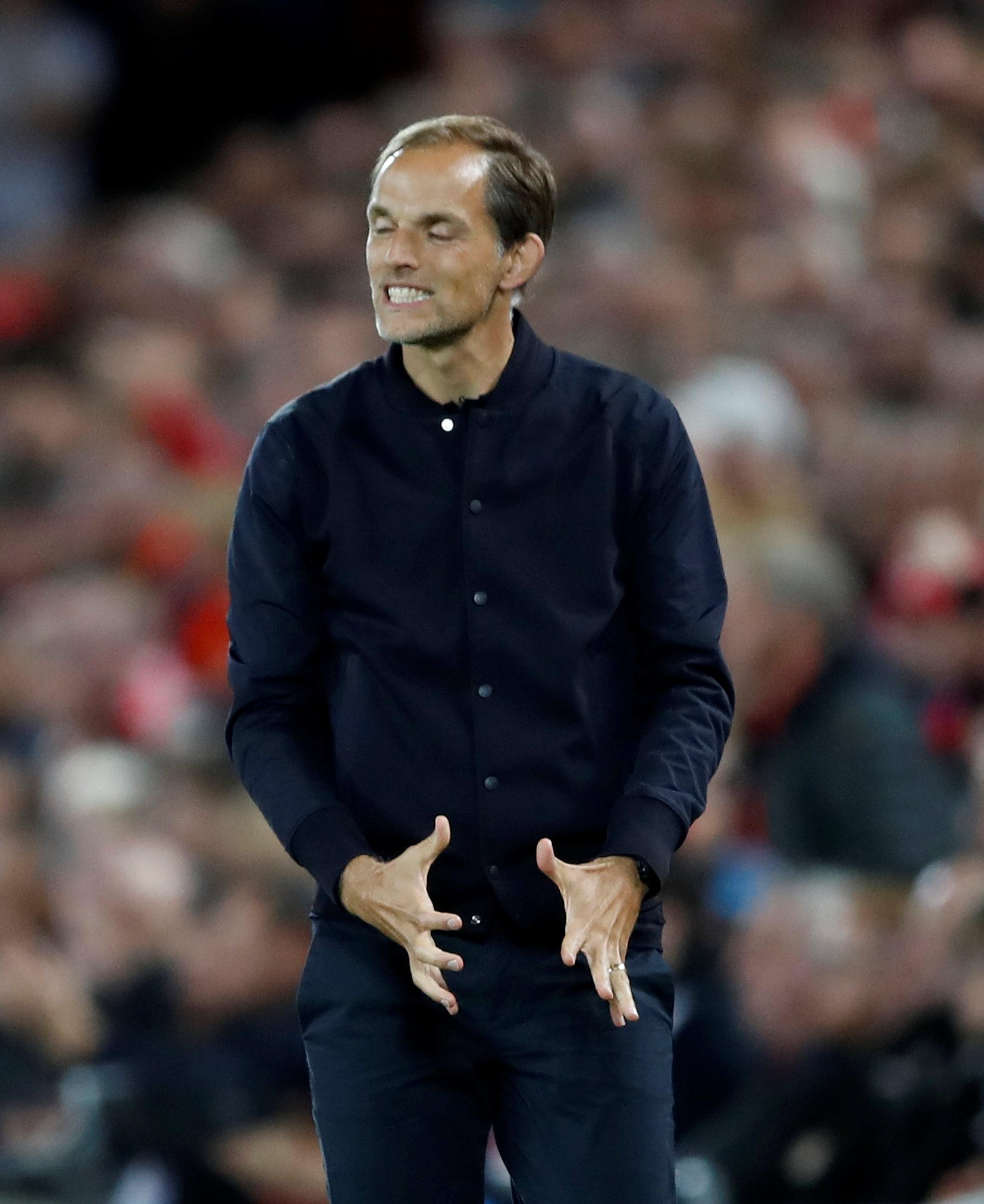 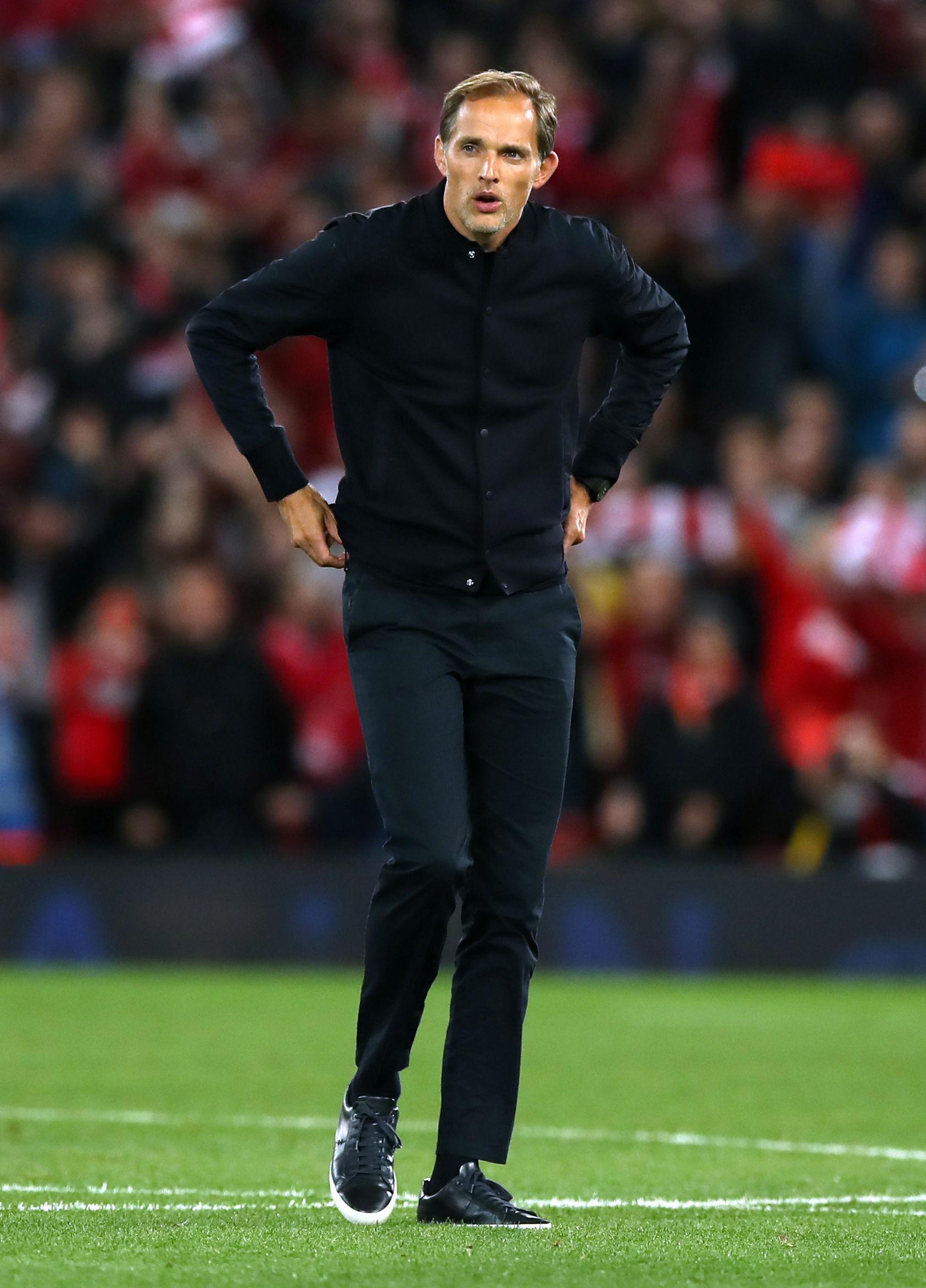 He tweeted: "Best thing about that wasn’t the finish or celebration but the camera panning to Tuchel. What’s with the tiny water bottle?"

While another commented: "Is he really big, or is that bottle of water really small?

And it wasn't just Tuchel who hit the headlines with water bottles, after Mohamed Salah slammed one on the ground after his Brazilian team-mate scored the decisive goal.

However, later footage emerged of the Egyptian international celebrating Firmino's strike after the ex-Chelsea ace received criticism from fans.