Argentina have announced four changes for their Rugby Championship games in New Zealand and Australia, with Leicester Tigers' Gaston Cortes one of four new faces brought in to help them maintain momentum after a fine weekend win over South Africa.

Prop forward Cortes is joined by Juan Manuel Leguizamon, who last played for the national side in last year's 28-19 defeat by Ireland. 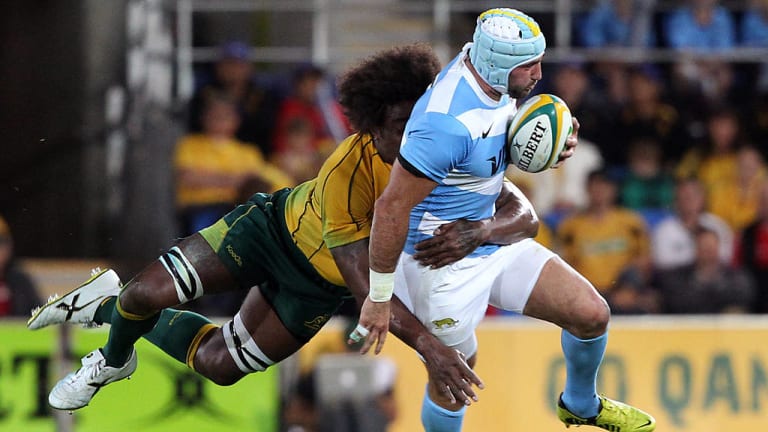 Touring: Argentina’s Juan Manuel Leguizamon (right) is back for the Pumas.

Julian Montoya, the hooker who missed the two-match series against South Africa through injury, is back, as is centre Matias Orlando.

The four go into a squad on a high after beating South Africa 32-19 in Mendoza on Saturday to record just their third win in the Rugby Championship since they joined the tournament in 2012.

The Pumas' win ended an 11-game losing streak in the tournament and sets them up nicely for tough fixtures against New Zealand in Nelson on September 8 and Australia on the Gold Coast a week later.

The All Blacks top the table with two wins out of two against the Wallabies, who are the only winless team in this year's competition.