Very keen on locally trained 7. Mick The Hat, who cruised home in a trial three months ago, then debuted chasing home the smart Witherspoon at Newcastle. Freshened again and parks in a lovely spot behind the speed.

Dangers: Warwick Farm-based 10. Lucky Siren had three forward trials before a sound debut at Muswellbrook when backed into favourite and will be suited on the long run in. 8. Nick The Skip resumes for a strong local stable and has the early speed to overcome a wide gate; while debutant 12. Soori is on the limit weight after a smart trial win at Wyong and should be in the finish.

How to play it: Back Mick The Hat to win. 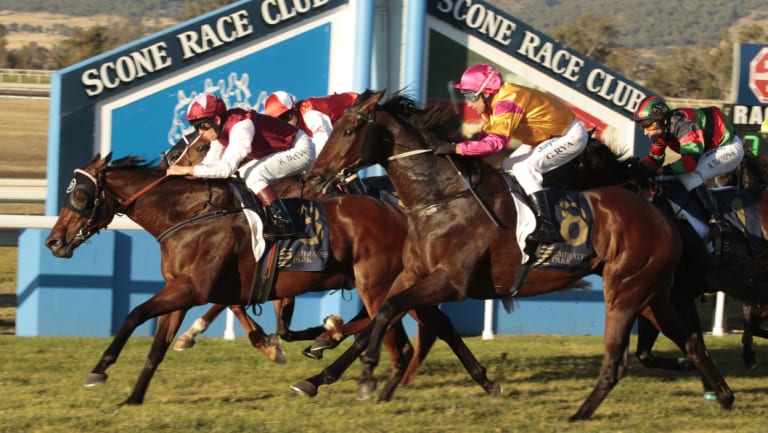 Eight races will be held at Scone today.

Open affair but like 13. Pluma, who is trained on the track and was solid on debut at Newcastle back in May. Will be primed to go fresh.

Dangers: 2. Collision is a threat at big odds. Only weakened late at Muswellbrook resuming in a stronger maiden after sitting in the breeze and improves significantly second-up. Big watch on 4. Snippets Of Rain, who steps up to a more suitable trip second-up after a nice return at Muswellbrook.

How to play it: Back Pluma to win. 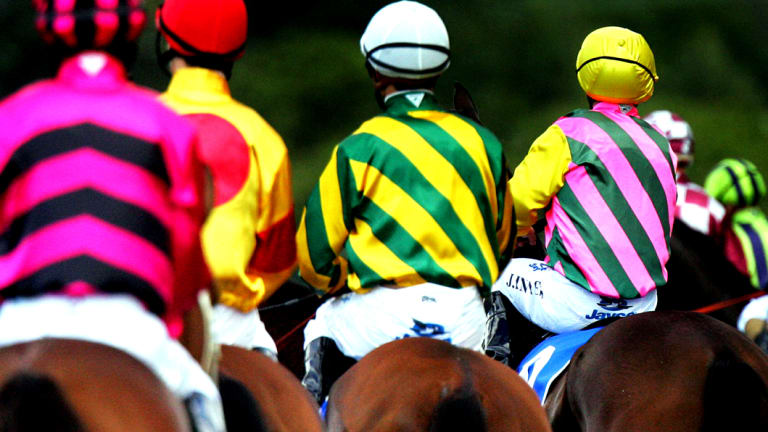 Racing is at Scone today.

Good race with a few chances, but sticking with Port Macquarie-trained 4YO 3. Better Not Fly, who charged home to win at Tuncurry on Cup day and is now shooting for four wins from his last five. Will box seat behind the speed and even better suited at this longer trip.

Dangers: Tamworth mare 8. Emily’s Song is building a consistent record and hit the line hard last start, and her racing pattern suggests this track will be perfect. Watch for big improvement from 5. Winner’s Lane, who was okay from off the speed at Muswellbrook but returns to a track where he won two runs back. The return of Mudgee-based 2. Velaro has been a while coming, but he’s had two trials and normally fires fresh.

How to play it: Back Better Not Fly and Emily’s Song to win.

Two very progressive 3YOs here, but keen at the value on locally trained 5. Mr Wong, who, despite being slow out and striking traffic problems, thundered home from a mile back to win his Maiden at Muswellbrook and can go on with it back at home and down in weight. The well-bred 3. Frankley Awesome defied a betting drift before a slashing debut win from the back at Newcastle and is headed for bigger riches, but will be short in the market.

Dangers: Doubt there are any to the top two, but 1. Dizzy Success was too keen resuming in a slowly run Cl3 at Mudgee and didn’t finish off, but improves big time second up.

How to play it: Back Mr Wong to win and quinella with Frankley Awesome.

Big field, but love the placement for Newcastle-trained Pierro filly 7. Tippler, who looms as one of the better value bets on the card. Well fancied in the market before hitting the line nicely at Taree on debut and the extra trip on a more suitable and bigger track looks ideal.

Dangers: Wyong-trained 3. Nitride is in a race to suit and drawn well after two solid runs to start his career; while locally trained 2. Rosesay has drawn wide, but has promise and should be getting home hard from well off the speed.

How to play it: Back Tippler to win and quinella with Nitride.

Newcastle-trained 2. Power Command has the credentials to win after a solid unplaced effort at Canterbury in much stronger grade before a close second in a BM 64, but not convinced she’s suited by the fence draw, but has a class edge.

Dangers: 9. Burning Crown put the writing on the wall with an easy trial win at Scone before bolting in on debut in quick time as a hot favourite at Gunnedah. This is obviously tougher, but on the limit weight from a good draw will be hard to run down. Another one resuming, 8. Jamaican Dream, goes quick and should give a big sight fresh with a light weight.

How to play it: Power Command and Burning Crown quinella.

This looks the right race at good odds for Wyong-trained 8. Texas Tycoon, who was strong late in a similar race at Gosford and the aggressive Serg Lisnyy hopping on is a plus. Will settle back and motor home on a more suitable track.

Dangers: 5. The Lion has raced in much stronger company, is fresh for this and parks in a lovely trailing spot. The effort of 3. Tabrobane second-up at Newcastle off a long break was good and he’s a reliable weight carrier; while really like the way Muswellbrook mare 7. Sister Joy attacked the line winning a weaker BM 58 at Tamworth and this is well within her reach.

How to play it: Back Texas Tycoon each way.

Open affair, but two runners can fight this out! Only just out of maiden grade, 5. Herzegovina will lead or park right behind the speed and keep rolling over an ideal trip. But he could hear the footsteps from 1. Funky Music, who will be charging home and is much better than his one win from 11 record shows.

Dangers: Newcastle-trained 3. Keeva looked home last start at Tuncurry until pipped on the line and is long overdue for a change of luck with one win and 10 placings from 13 starts; while locally trained 4. Lips ‘N’ Lashes has been consistent of late at Muswellbrook without winning and box seats from an inside draw.