Fans from the Serbian side invaded the pitch at full-time after producing a stunning comeback to knock out Red Bull Salzburg in Austria. 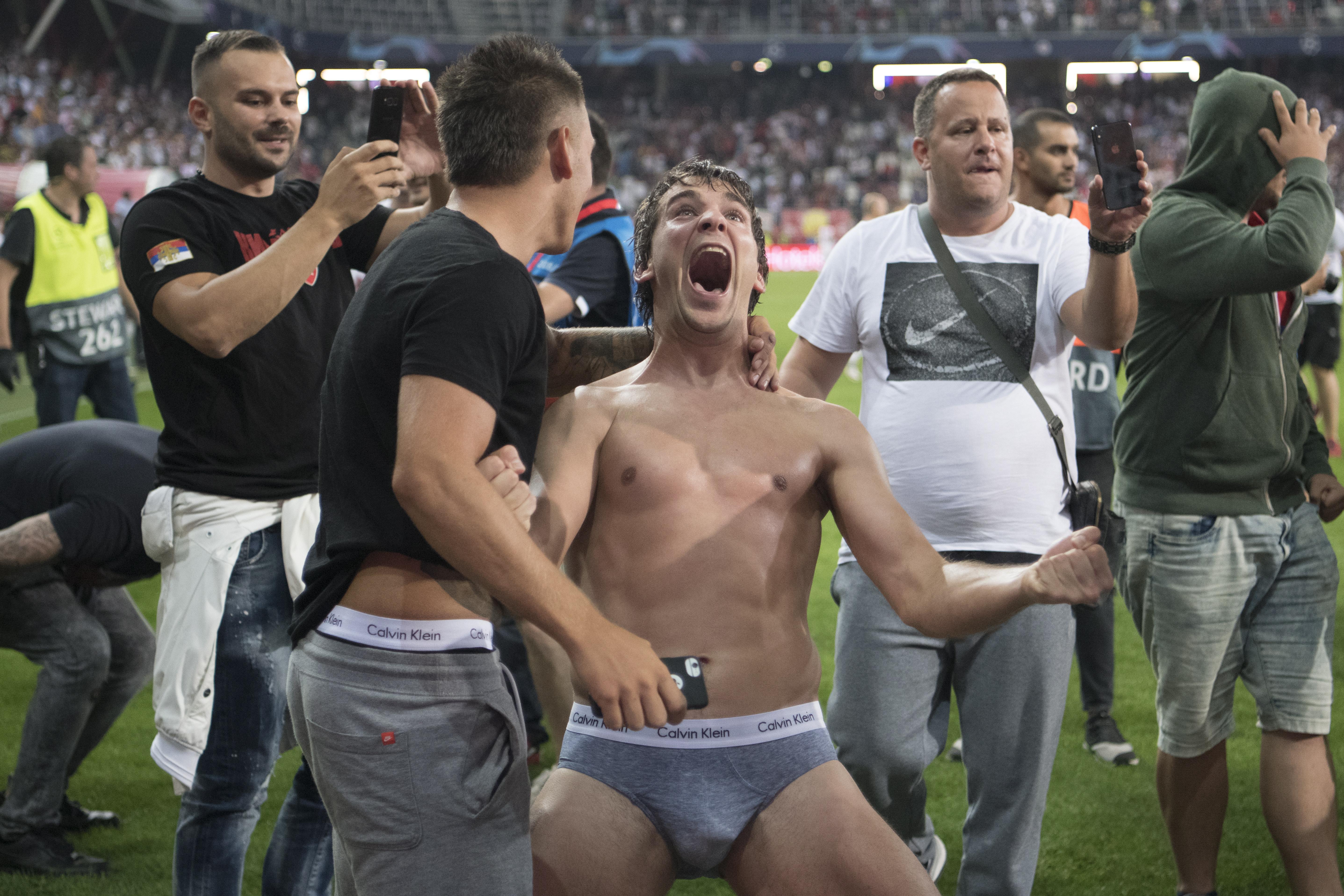 After drawing 0-0 in the first-leg, Manus Dabbur's double looked to have sent Salzburg into the group stages for the first time in 11 years.

But Ben Nabouhane had different ideas and scored twice in two minutes to fire Red Star Belgrade into the Champions League.

It sparked remarkable celebrations from around 10,000 travelling supporters who broke past security and flooded onto the pitch.

They mobbed their players in delight but got a little too boisterous as they looked to take a souvenir home with them from a memorable night. 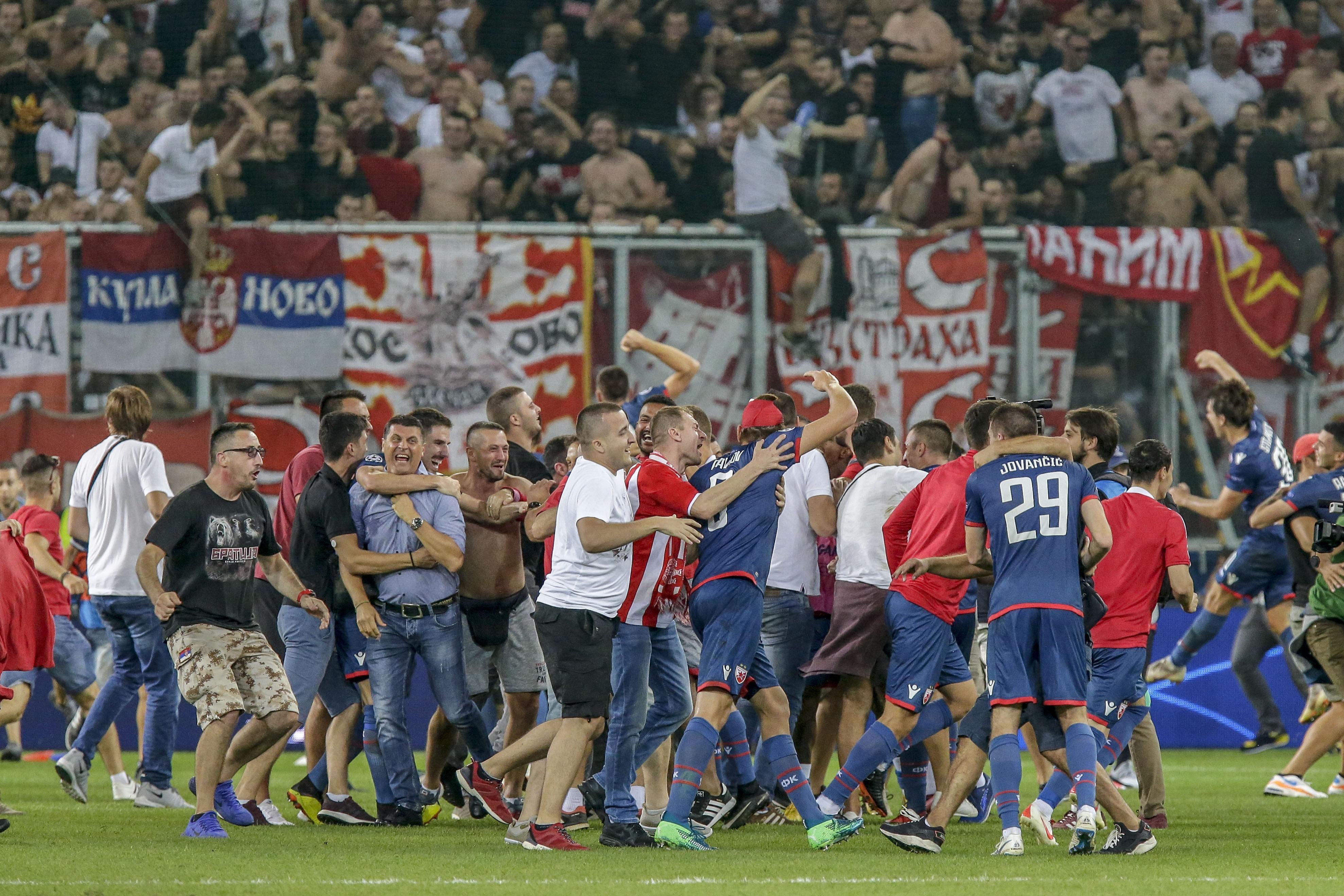 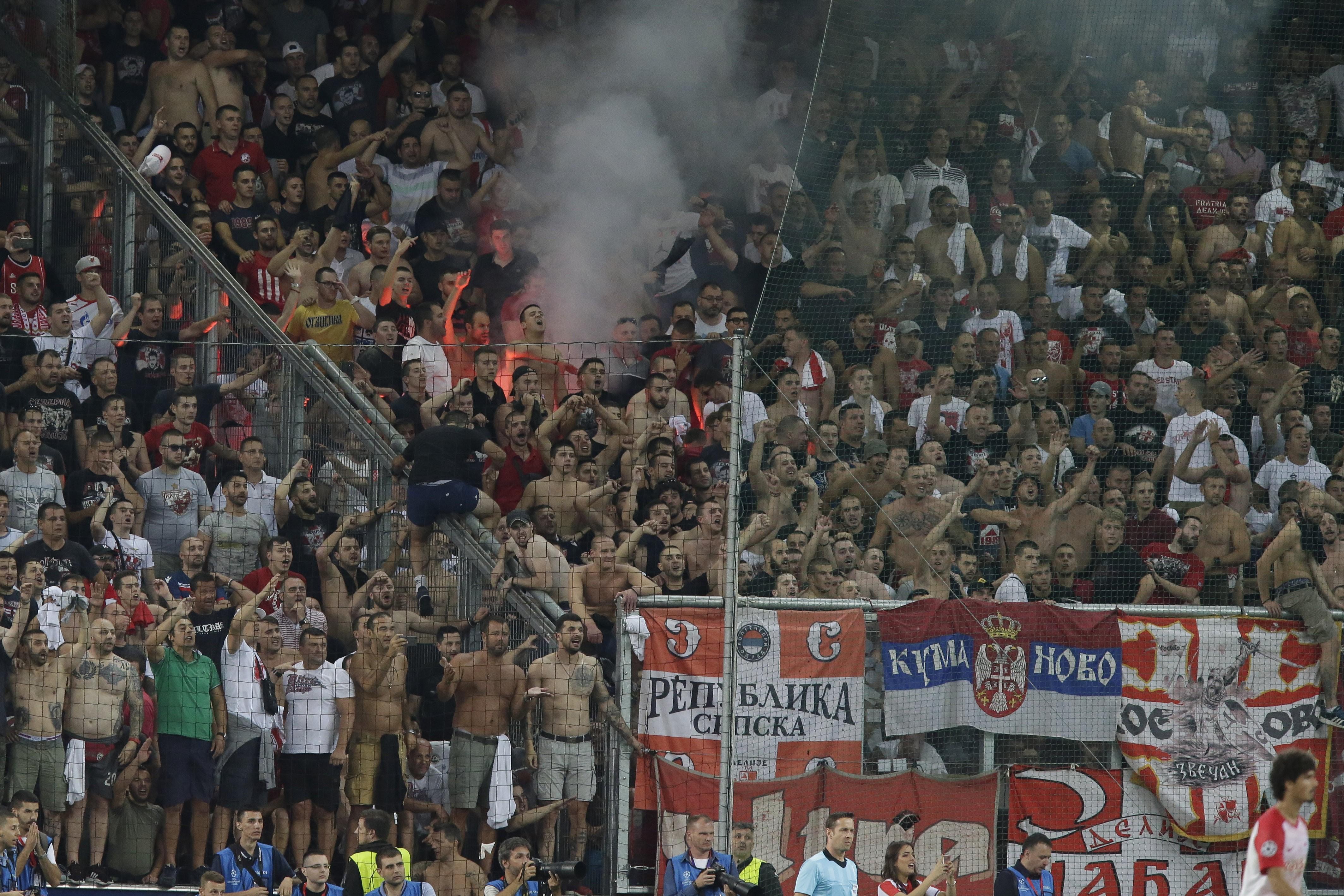 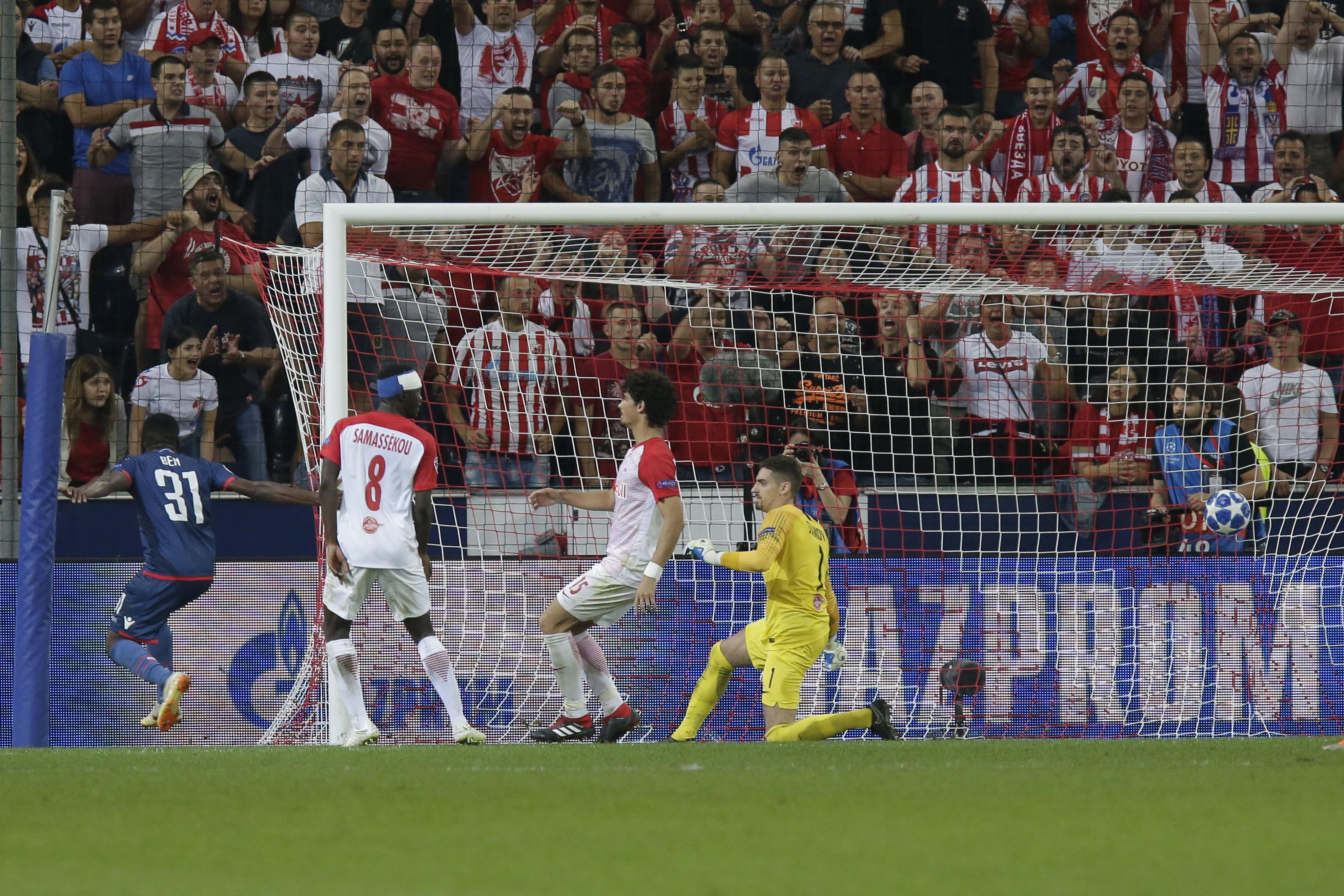 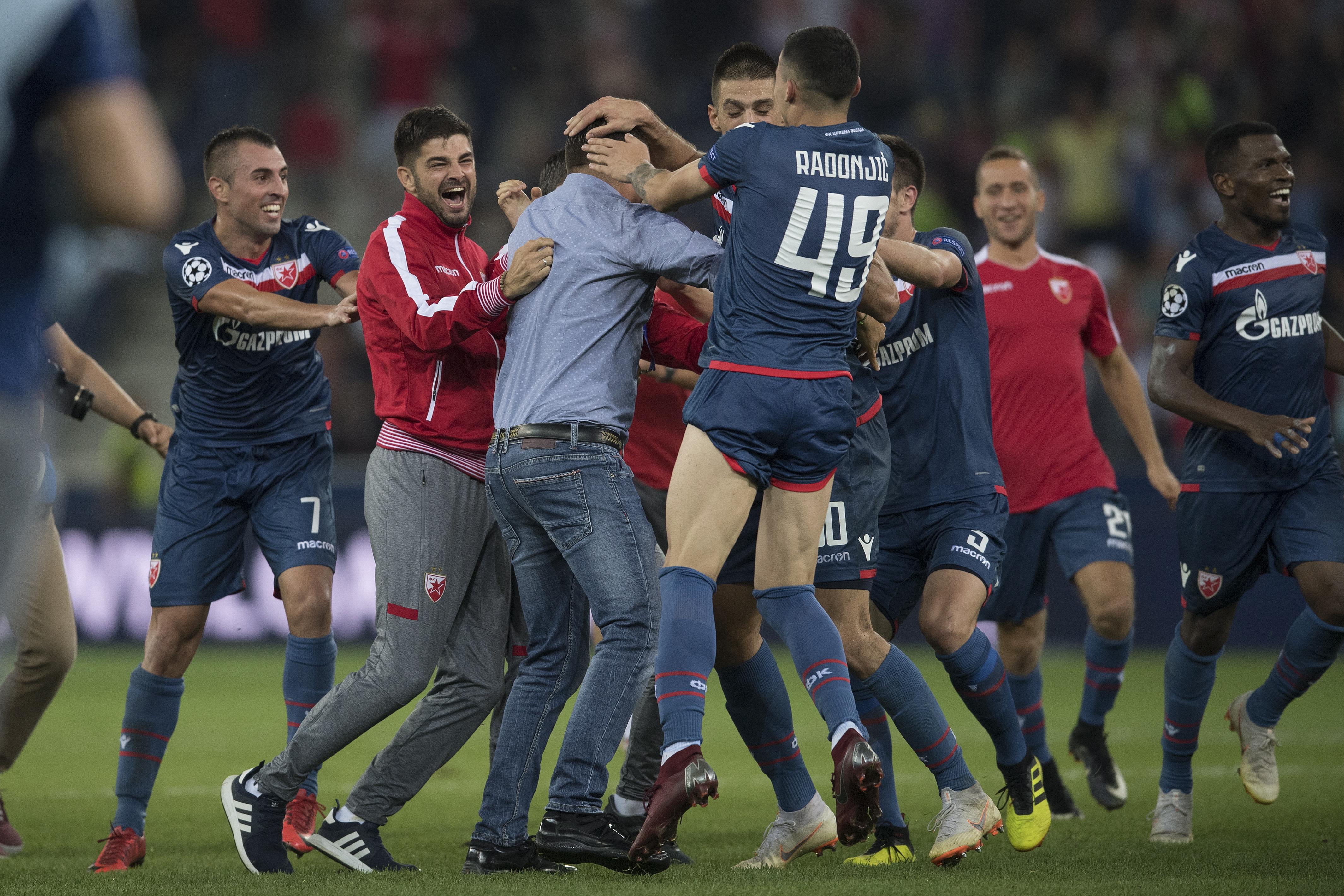 The supporters were seen ripping the shirts from the players amid the celebrations with one player even losing his shorts.

Another player was seen pleading to keep hold of his own shirt while a supporter desperately attempted to remove it.

It has been 26 years since the club last entered the tournament where they were knocked out of the group stages.

A year previously and they were European champions after defeating Marseille on penalties in the final.

In the other qualifiers Benfica have handed Liverpool a nightmare Champions League draw after knocking out PAOK.

PSV Eindhoven are also through after thrashing