One of Canberra's leading coaches is against a referee boycott, but admits it might be necessary as a last resort if things don't improve.

Fairfax Media revealed on Monday that's what Capital Football faced because a large number of referees have become fed up with not only their treatment at matches, but also the governing body's continual backflips on penalties imposed to offenders.

Referees have been physically and verbally abused, and had their lives threatened while simply doing their job. 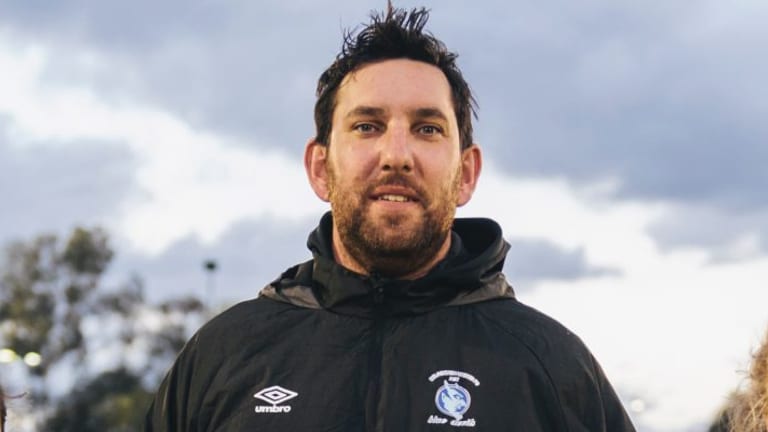 Belconnen United coach Antoni Jagarinec thinks a referee boycott is extreme, but might be necessary in the future.

They've had two meetings with Capital Football, who will meet with club presidents on Wednesday to discuss the matter.

If nothing's done, they could find themselves with a mass exodus of match officials just days before the finals kick off.

Capital Football chief executive Phil Brown has already admitted they've lost about half of their referees aged 18-30 over the last two years.

He and chairman Mark O'Neill again did not return Fairfax Media's calls.

Belconnen United coach Antoni Jagarinec said without referees there was no game and abuse was unacceptable.

"Without referees we don't play football … sometimes we get white line fever, but we've got to be able to control ourselves as coaches and players definitely and let referees do their job," Jagarinec said.

"I don't think I'd back a boycott … I don't think a boycott is necessarily the answer. Does it need to be improved? I'd agree with that definitely, but … boycotting matches is probably the last resort.

"Way down the track that could possibly be an option, but I think there's plenty of ways we can enforce other rules and possibly suspensions to educate coaches and players first before that needs to come.

"It needs to be educated rather than extreme measures."

But part of the problem has been initial sanctions have simply been overturned or watered down on appeal.

Jagarinec's Belconnen will face Canberra United Academy in the final of the women's Fed Cup at McKellar Park on Wednesday night.

As part of his academy, which works with some of the best young talent in the ACT, Grogan said there was an emphasis on treating referees with respect.

"Inside our academy we educate the parents and the players and our technical staff [that] decisions are decisions," he said.

"If we didn't have referees and we went an artificial root it would become too robotic.

"It comes down to educating players, coaches, parents in controlling their emotions and focusing those emotions to the better aspects of the game."

Belconnen go into the Fed Cup final as favourites, having had an unbeaten season with just one draw so far.

But he was wary of an Academy team that boasted the league's leading goal scorer in Aoife Colvill, who has netted 42 goals already this season.

"Undefeated, but definitely not shoe ins in the Fed Cup final. Canberra United are a quality team and it's a cup match … so we'll go out there confident, but very wary of them as well," Jagarinec said.

"They've got a good mix and a good balance of players. Across the park they're not weak, [but] hopefully we can exploit a few pockets here and there."

It's a rematch of last year's final and while CUA might have the fire power, Belconnen have a miserly defence that's only let in five goals.

Given they're an academy, Grogan said their focus was also on the development side of playing in big games.

"The pressure's all on Belconnen [with] how successful they've been over the last 8-10 years," he said.

"There is an expectation they're going to go out there and be successful."