Emily Seebohm remains determined to swim at the Pan Pacs in Tokyo in coming weeks but must overcome more than just a disrupted preparation if she is to bounce back to her world-title winning form.

The Dolphins are already in Japan preparing for one of the key meets halfway through the Olympic cycle but Seebohm has remained in Brisbane to train with coach David Lush. 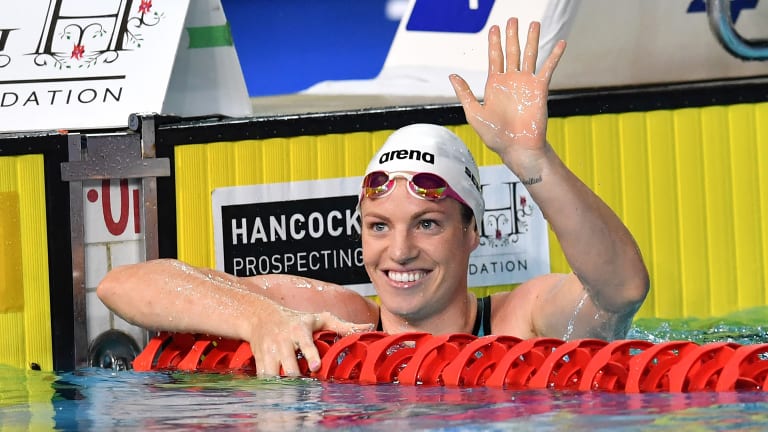 Focussed: Emily Seebohm is determined to compete at the Pan-Pacs despite her split with Mitch Larkin.

The backstroker has endured a very public break-up with fellow Dolphin Mitch Larkin, who has travelled with the rest of the squad and is preparing to square off against the best of America, Japan and Canada from August 9.

Seebohm briefly joined the Dolphins in their staging camp in Cairns but would leave to return home soon after. All indications are that she still intends to compete in Japan even with the emotionally harrowing prelude.

Swimming Australia strongly denied the suggestion that she was told to stay away for the welfare of Larkin and the rest of the team and said every effort had been made to accommodate the duo given the highly unusual circumstances.

And while many feel for Seebohm, it's unlikely she would be shown any mercy by an elite field of backstrokers, including American Kathleen Baker who just broke the world record in the 100m at the US trials.

Baker clocked 58s to beat the old mark by 0.1s. That belonged to Canadian gun Kylie Masse, who pipped Seebohm in a thrilling final at April's Commonwealth Games on the Gold Coast.

But Seebohm's time of 58.66s on that occasion now sits more than half a second slower than Baker, who also helped herself to a 200m IM world record as the Americans squared off for spots on their national team.

Swimming in that sort of company after a disrupted training block has risks and rewards for Seebohm. Finishing well down the pool after all that has transpired would be a difficult pill to swallow but conversely, a powerhouse performance would represent a boost of confidence at precisely the right time.

The issues between Seebohm and Larkin have taken most of the pre-meet headlines for the Dolphins but the trial performances of some of the US stars should have the Australians on red alert. 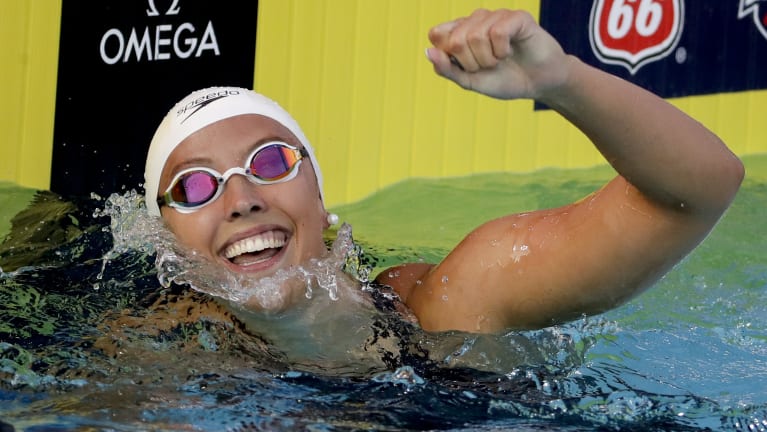 Rio gold medal winner Simone Manuel broke a decade-old record in the 50m freestyle. Her time of 24.10s was 0.03s better than the 2008 mark of none other than Cate Campbell, who had owned the quickest time swum in an American pool.

The pair will meet in both the 50m and 100m freestyle in Tokyo, with the 21-year-old Texan the Olympic and world champion in the latter sprint.

With no Bronte Campbell in the team, it provides another opportunity for Cate Campbell to win a 100m at a major meet after her Rio disappointment. Manuel has earned a reputation as a pressure-swimmer that steps up in the big races, something that Campbell would love to be able to claim as she powers towards Tokyo.

Campbell has the quicker swims in both events this year but must back it up on the blocks in Japan.

Olympic 100m champion Kyle Chalmers will also come face-to-face with brilliant American Caeleb Dressel, who swam an oddly slow 100m at the US event but is unlikely to be so sluggish in Tokyo.

He has his eyes on a haul of medals in two years' time, one of which currently belong to the Australian. How he responds will be another key storyline in a fascinating event for an Australian team bouncing out of a strong Commonwealth Games showing.