Australia midfielder Irvine struck either side of the interval to put the smile back on the face of beleaguered boss Nigel Adkins. 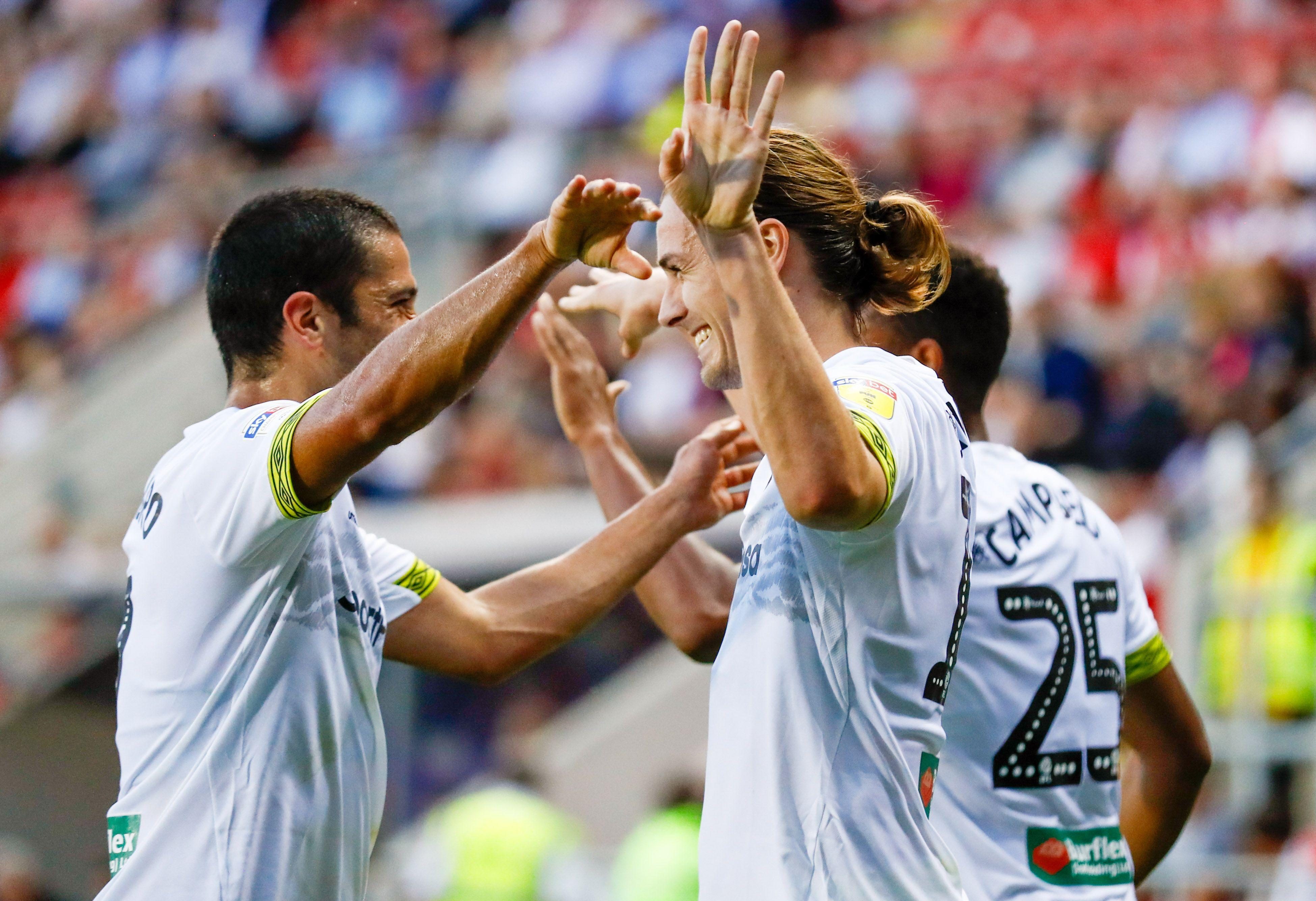 He looked and sounded like a manager with problems after watching his Tigers tumble to a dismal 1-0 home defeat to newly- promoted Blackburn four days ago.

But his pain turned to pleasure with this victory over Yorkshire rivals Rotherham, who accompanied Rovers up from League One in May.

Adkins was boosted by the availability of centre-back Reece Burke and midfielder Dan Batty, who had shaken off knocks to take their place in the starting line-up.

The Millers handed a home debut to midfielder Ryan Manning, hired on a season-long loan from QPR, as they went in search of a seventh win in eight unbeaten home league tussles with their visitors. 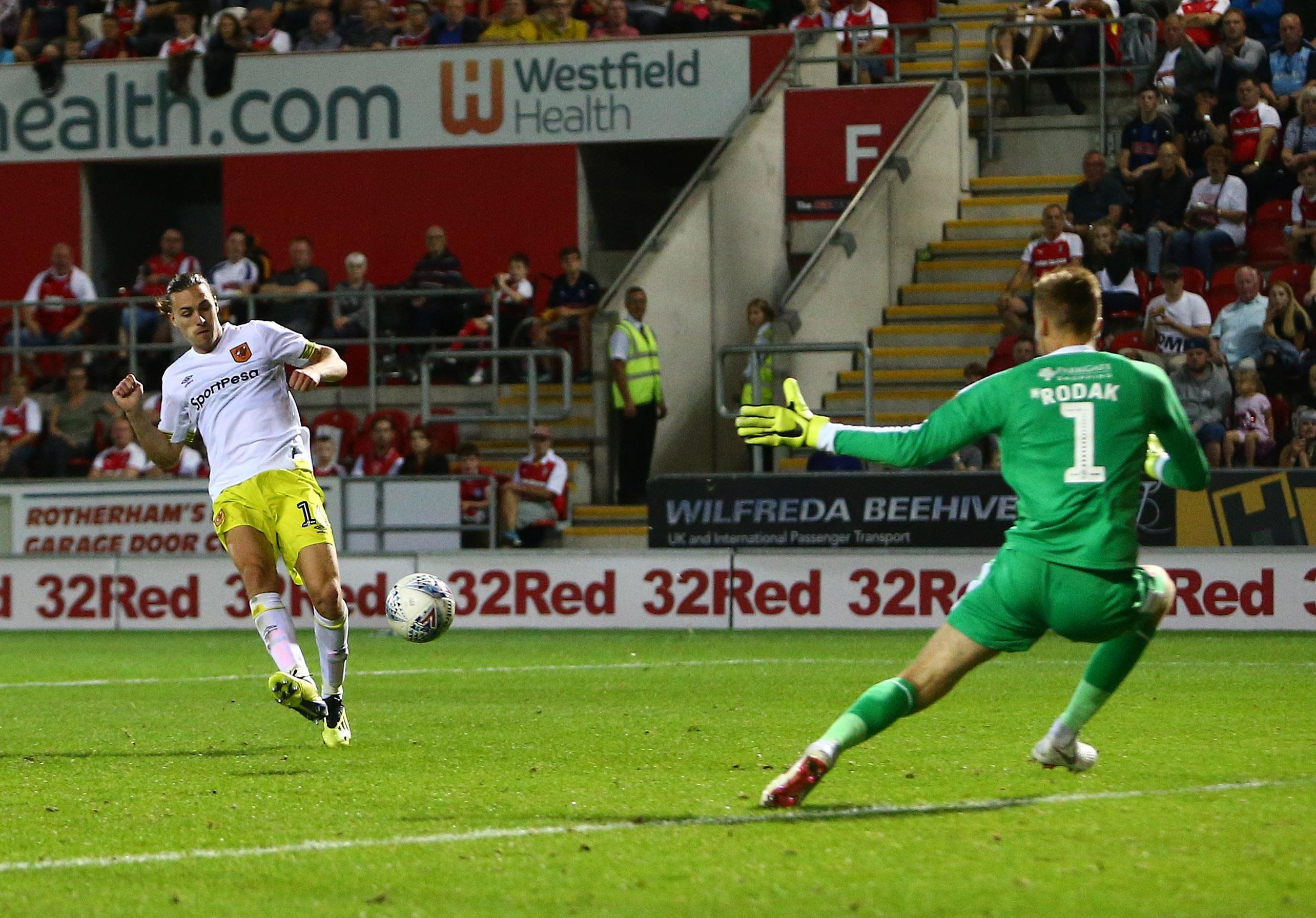 Despite their current problems, the Tigers were enthusiastically backed by a travelling army of around 1500 fans.

And their team came agonisingly close to giving them something to cheer when skipper Markus Henriksen’s blistering 12th minute drive from 25-yards was brilliantly tipped over by home keeper Marek Rodak.

But, just four minutes later, City’s defensive frailties were brutally exposed by a well flighted corner from Manning which allowed skipper Richard Wood to rise highest and power home a 12-yard header to put the Millers in front.

Manning was then only inches away from doubling his side’s advantage with a wickedly curling effort from the edge of the box before the Tigers snatched an equaliser on 28 minutes. 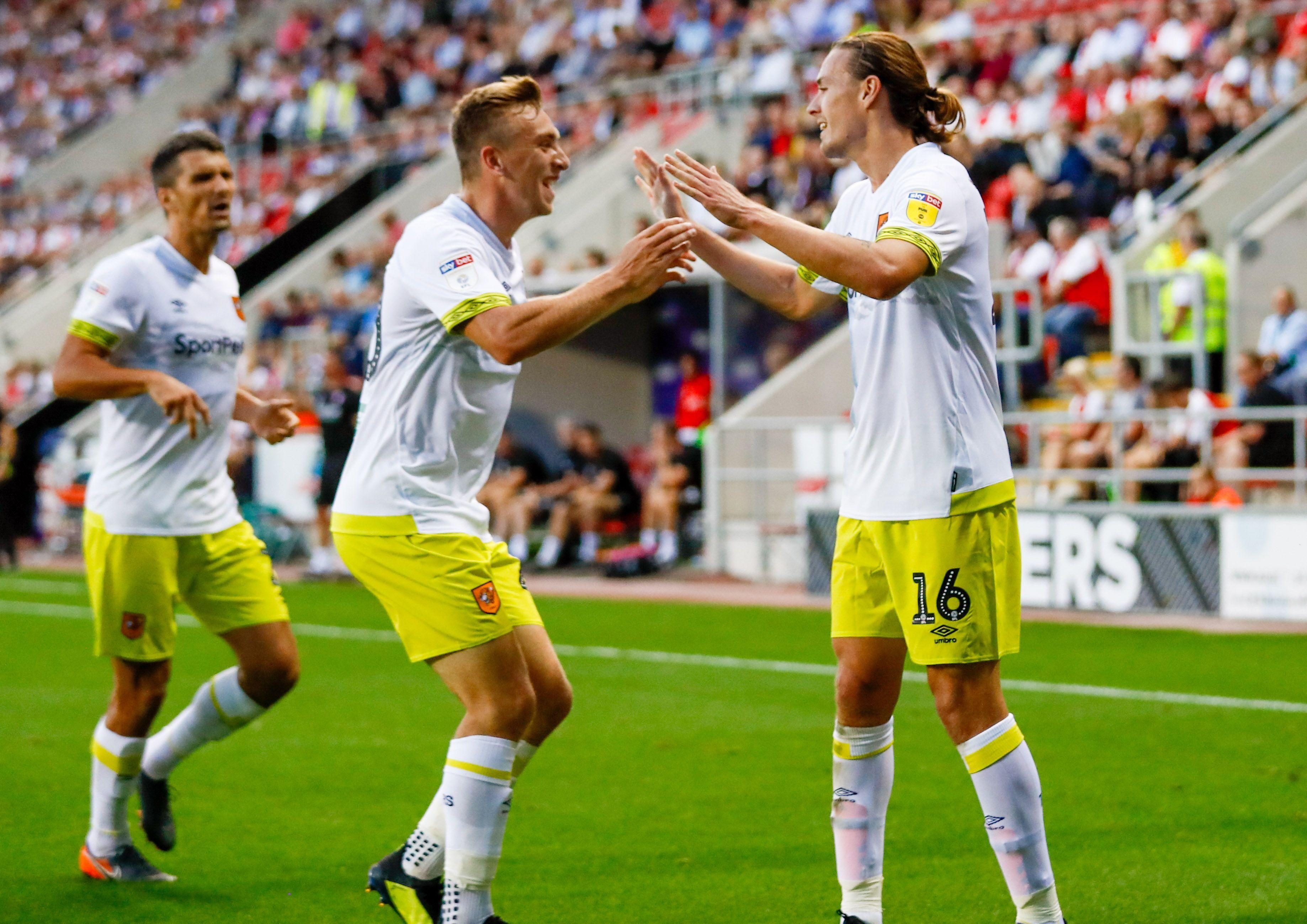 Brazilian Evandro, typically busy and inventive in midfield, whipped over an inch-perfect cross for Irvine to smash a fierce rising drive into the top corner of the net.

It was a strike that sent the Humberside outfit’s confidence levels sky-high, and they enjoyed a period of dominance which brought them a well deserved second goal in first-half stoppage time.

Once again, pocket rocket Evandro was the architect with a delicious little square ball inside to Fraizer Campbell.

The former Manchester United and England striker was equally deft with a delightful left-foot finish at the near post for his second goal of the season.

And it didn’t take long for the Tigers to find a third to virtually kill off United’s challenge and seal the points.

Campbell and Jarrod Bowen linked sweetly two minutes after the break to carve open Rotherham’s rearguard and give an unmarked Irvine the simple task of sweeping home at the far post.

But City still had to fend off a late fightback by the hosts, who gave themselves a lifeline with sub Jamie Proctor’s header into the net from Will Vaulks’ 75th minute cross.