Just when the brass at Cricket Australia would have thought the negative headlines post the ball-tampering scandal of South Africa had subdued, this week's events have left the governing body in a spin more akin to what the Test team will face on its tour of the United Arab Emirates.

Former government relations staffer Angela Williamson has gone public with her sacking for what she claims was unfair dismissal for tweeting about the Tasmanian parliament's rejection of a motion to re-establish abortion services. This has ended up at Fair Work, and could be a costly mess for CA, which has been accused of being more concerned about losing government funding (that Williamson had secured for women's cricket) than anything. 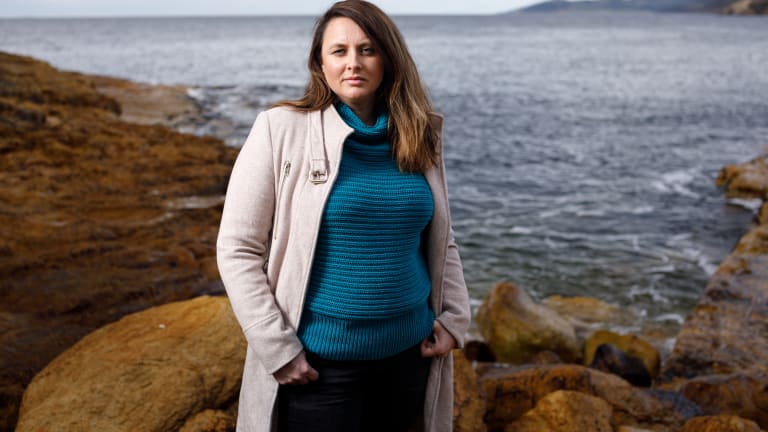 Questions to answer: Angela Williamson lost her job at Cricket Australia following a series of tweets.

There is likely to be more to the story, with Williamson set to answer questions about her alleged inflammatory and disparaging comments to Tasmanian government officials. The case also involves a Liberal staff member, since sacked, using a fake social media account to have Williamson reprimanded, while Williamson has alleged a senior member of the state government disclosed to CA that she had a pregnancy terminated.

CA has maintained it does not oppose free speech, and staff can present their views, but the language used must be respectful. What the case has done is raise questions about a right to free speech, and potentially what impact this could have on leading women cricketers.

More will be expected of Australia's top female players off the field this summer, in the first year of a $1.182 billion broadcast rights deal featuring two television broadcasters hungry for content. Then there are the radio networks also keen for content, with issues off the field often as much interest as those on it. For instance, if a WBBL player was asked a female specific question on Seven's Sunrise, would she answer truthfully or provide a party-line response?

All sports, particularly those fighting for coverage, need their stars to have the courage of their convictions when dealing with the media. This, after all, is how many fans get to know players, helping to drag bodies through the turnstiles and keep the money ticking over.

The Williamson case is a public relations nightmare for CA, to the point women's jobs classified service Work180 was so aghast at the turn of events it removed its endorsement of the governing body, pending an investigation.

All of this comes at a time of upheaval or, as insiders would prefer to say, renewal, at head office, just as chairman David Peever begins a new term, while chief executive James Sutherland serves his final months in the top role. Sutherland is contracted until midway through next year but one function he is due to attend on the eve of the season has been warned he may be gone by that point. 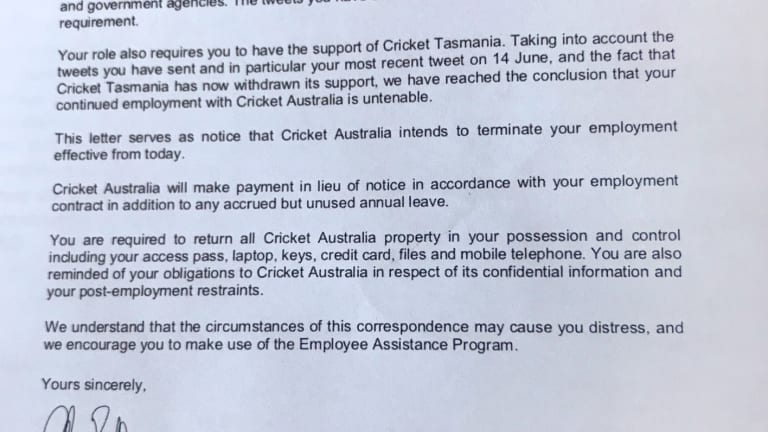 More change is likely. CA is preparing for what it insists will be independent reports into the culture of head office and the team. The examination of CA will be conducted by The Ethics Centre, and led by Peter Collins, who had already been a paid consultant to CA. More than 80 people across various areas of the game have been interviewed.

The cultural review of the team has been led by former Test batsman Rick McCosker, with plans to introduce a charter for standards of behaviour and expectations.

The results of both are expected as early as next month, although that has not been rubber-stamped. The mess of South Africa, and what led to this, will be exposed. The paying public will be keen to know why their team's standards sunk quicker than a middle-order collapse but confidentiality issues could mean only parts of the reports are released.

In a tumultuous year, highly respected CA director Bob Every, the former Wesfarmers and Boral chairman, quit in May, at odds with the direction CA was taking, while The Australian Financial Review this week pointed to the tweets of Karina Keisler, who from late August will be the new executive general manager of public affairs, joining from NBN Co. Those tweets were of links unfavourable to the NBN model proposed by the federal Labor opposition. The question was asked about how this would look should Labor win the next federal election.

CA is seen to be flush with cash but it has sought to slash $20 million of administrative costs. Former integrity chief Iain Roy had his bid for voluntary redundancy accepted, with that department now run under Sean Carroll and general counsel Christine Harman.

The governing body faces challenges meeting the requirements the Australian Cricketers Association won, or certainly brokered, in last year's bitter pay fight – a defeat which continues to fester. There is still much work to be done to meet what's needed at club level, particularly in terms of female facilities.

In matters on the field, there is also uncertainty. A revamped national selection panel will need to decide who will be Tim Paine's deputy for the two Tests in the UAE. All-rounder Mitch Marsh, set to lead the Australia A tour of India this month, shapes as favourite but the senior fast bowlers also have claims. Vacancies created by the suspensions of Steve Smith, David Warner and Cameron Bancroft will also need to be filled. Then comes the need for a new one-day international skipper, for Paine was unable to solidify his spot during the one-day series in England.

This summer will be a testing one for CA in many regards. The loss of Smith and Warner will hurt, particularly when it comes to fulfilling the needs of its television broadcast partners.

Was it really only seven months ago that life could not have been sweeter for CA when Smith held aloft the Ashes urn after a crushing series win?