Now they've restored their pride, St Kilda want to close out their disappointing season with a big win.

They went so close on Saturday night, falling four points short of a massive upset against Hawthorn.

The Saints had endured a week of media scrutiny on the back of two bad losses and they will finish in the bottom four. 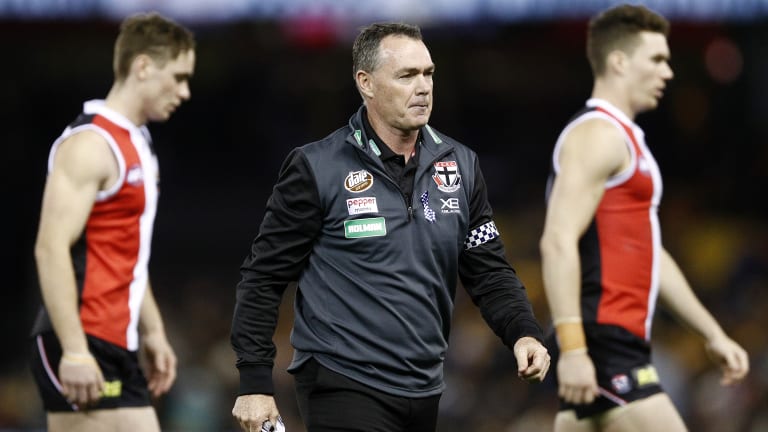 Their season will end next Sunday against North Melbourne, who have impressed for much of this season.

"Our response will be to clearly identify to the players what was it that gave us an opportunity for victory," coach Alan Richardson said.

"They were an incredibly disappointed group after the game about not being able to maximise their effort and get the win.

"But our job as coaches is to make sure they get real clarity around why we gave ourselves an opportunity to win.

"We'll tinker with a few things – that game could have gone either way."

Earlier on Saturday, Fremantle and Port Adelaide had suffered big losses and the Saints were determined they would not go the same way.

"We did speak about pride … when you're sitting where we are on the ladder, coming up against a team who's in really good form, we spoke about making sure that we were much stronger for longer than we have been in recent weeks," Richardson said.

"For the first time in a while, we had 22 really strong contributors."

The Saints should regain key defender Jake Carlisle, who was a late withdrawal with back soreness.

Jarryn Geary was one of their best until he was sidelined in the last quarter with concussion.