St Kilda coach Alan Richardson has confirmed that Brendon Goddard will not be on the club's radar during this year's trade period.

As reported by Fairfax Media, the Saints have other priorities in this year's trade period with midfielders more of a focus  than defenders such as Goddard. 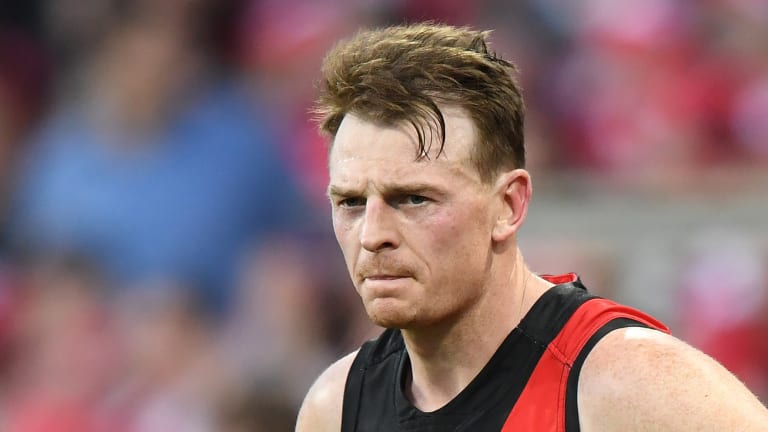 Essendon told Goddard on Monday they would not be offering him a contract in 2019 but the 33-year-old is keen to play on if the right opportunity arises.

He has played every game this season and will play his final match for the Bombers on Friday night against Port Adelaide.

The Saints are confident of securing Dan Hannebery from the Sydney Swans despite him having three years to run on his contract and are understood to have thrown their hat in the ring for West Coast ruckman Scott Lycett.

When asked about Goddard potentially returning to the Saints, Richardson told SEN Breakfast it was unlikely.

"It’s probably not a need that we have," Richardson said.

"We are pretty right down back. Nathan Brown, Jarryn Geary, Dylan Roberton will come back, Jake Carlisle has played a bit of footy, Jimmy Webster is in the 100-game bracket now.

"That’s where I see Brendon adding real value to a young team given he is such a good organiser and such a creative player from the back."

Gold Coast and Fremantle are also understood to have ruled the veteran out while he has not been on Melbourne's radar.

If suitors were to appear for Goddard, they may do so late in the trade period after clubs have a clearer picture on where their lists sit.