Australian soccer superstar Sam Kerr has been snubbed by the powerbrokers of the world game again, left off the shortlist of three from which the women's world player of the year will be chosen.

A potent striker with a great goals-to-games record, Kerr has been one of the shooting stars of the women's game and is widely regarded as one of the sport's brightest talents. 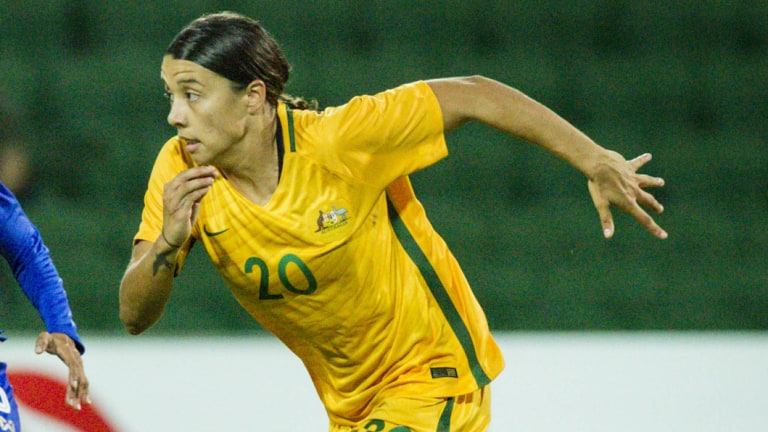 Kerr was among the 10 longlisted candidates for FIFA's The Best award, but for the second year running she did not make the final cut.

Kerr's stellar performances certainly put her in the running, as her citatation made clear.

Her international teammate Lisa De Vanna made her disgust at the lack of recognition clear – and not just for Kerr.

''OK…let me get this straight. Pernille Harder won European player of the year. Sam Kerr has broken the record [for] highest goals scored in NWSL and they don't even make the top three?

''[OK] … I'm done with this popularity over performance! Can't deal with the stupidity right now.''

De Vanna was not alone in her disbelief.

Kerr has earned plenty of recognition from other sources, however. She took out the 2017 AFC Women’s Player of the Year award last year as the best player in Asia and of course was named as young Australian of the year in 2018.