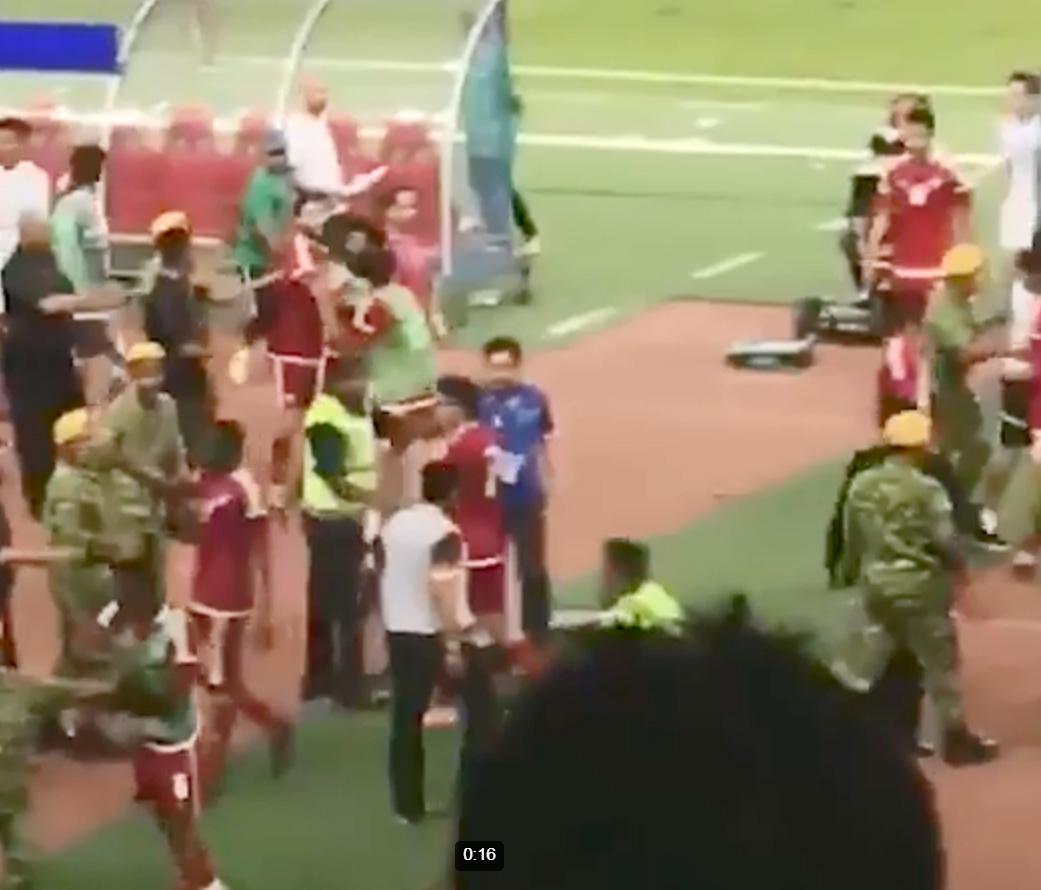 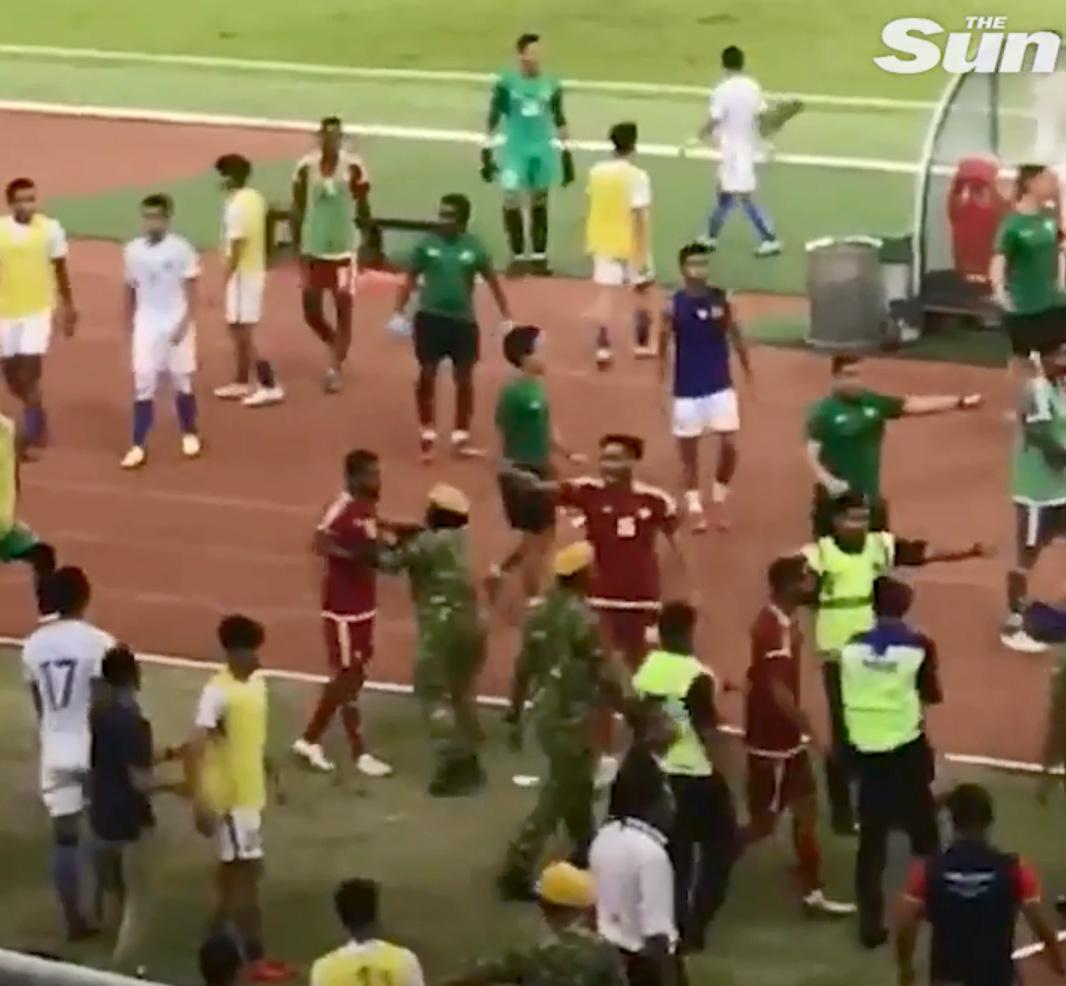 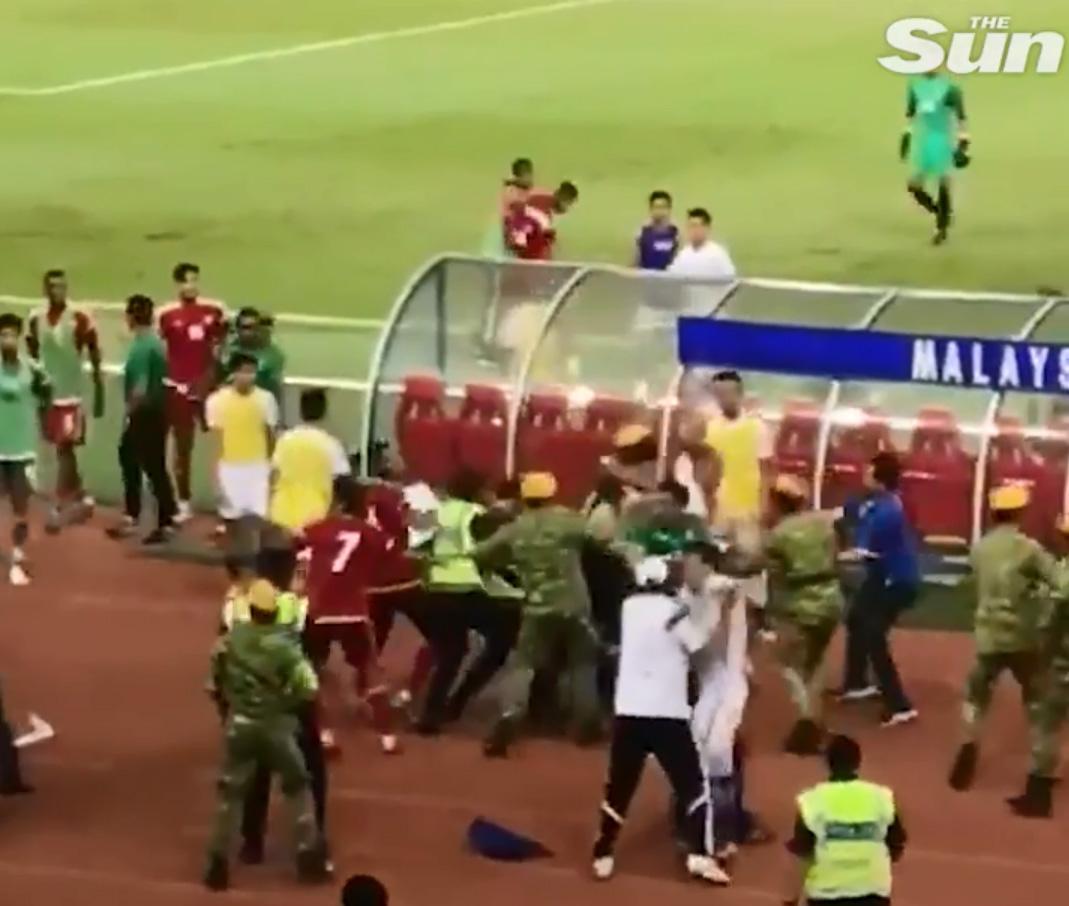 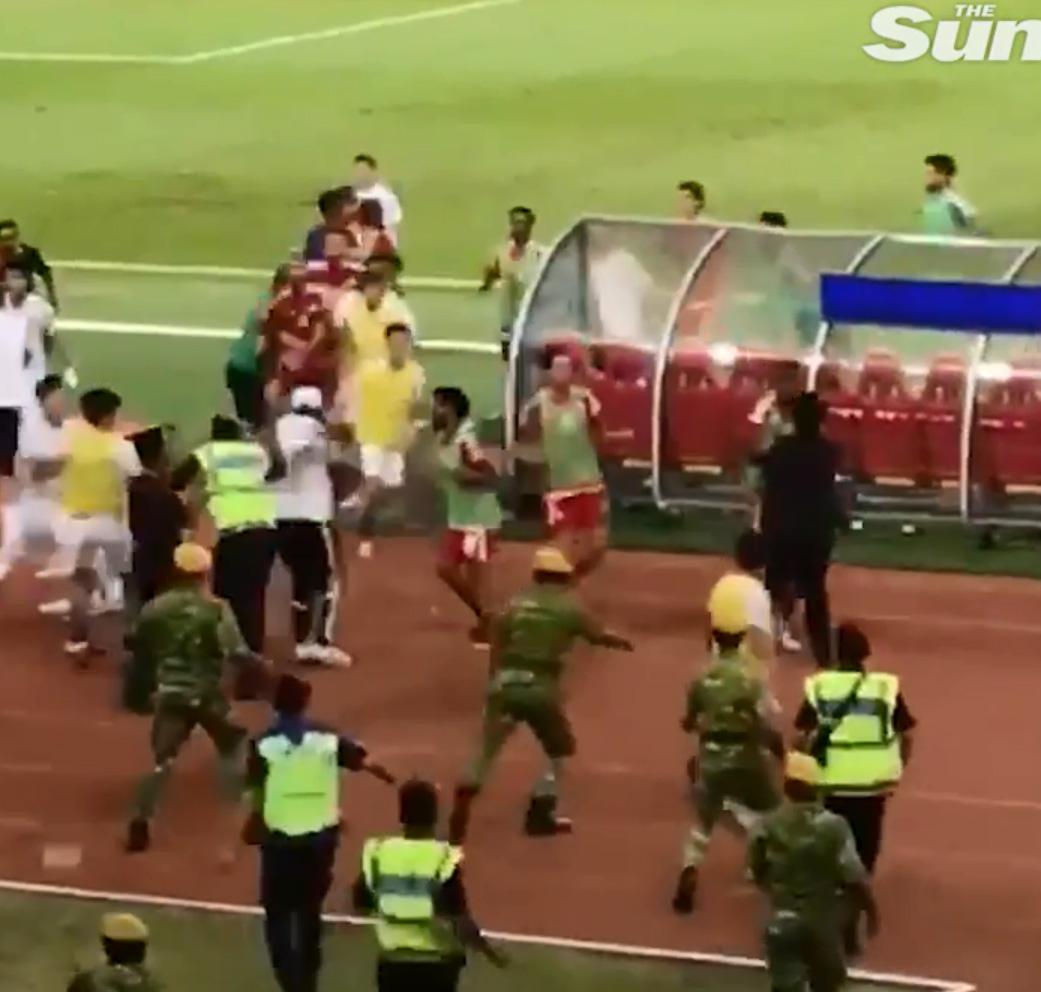 Referee Suhaizi Shukri failed to restore any sense of order as the clock ticked down toward the final whistle.

And, the second the match ended, and all hell broke loose after UAE'S Mohamed Khalfan Al Harasi booted a Malaysian player.

Players from both sides then piled in throwing kicks and punches and UAE's officials ran on to support their boys.

A riot looked on the cards before officials from the Football Association of Malaysia (FAM) got a loose grip on the white-hot situation.

The kickabout was supposed to be a gentle warm-up for before the start of the Asian Games football competition next week.

Rasid put Malaysia ahead after 27 minutes, taking on Baddrol Bakhtiar's through-ball before firing past Abdulrahman Ameri in the UAE goal.

And Rashid struck 19 minutes into the second half, cutting in from the left to beat a couple of players before spanking the ball home.