Mick Schumacher, the 19-year-old son of seven-time Formula One world champion Michael, won the European Formula Three title at Hockenheim on Saturday with a race to spare.

Second place in the day's second race was enough to secure the German's first junior championship with an unbeatable 347 points. 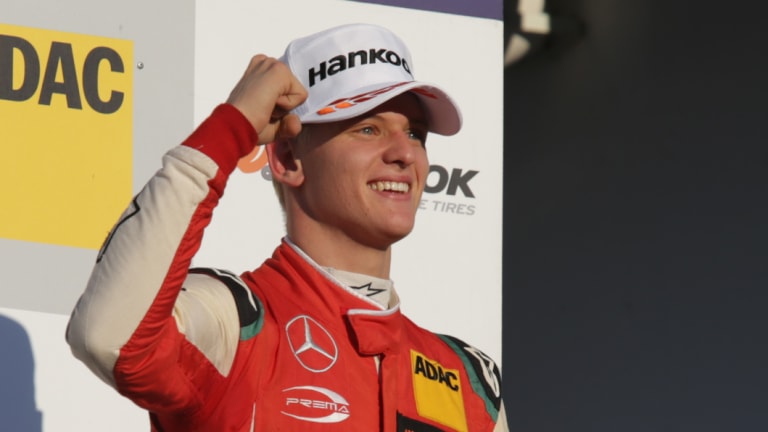 Triumph: Mick Schumacher has taken out the Formula 3 championship.Credit:WENN.com

It also qualifies him to race in Formula One next season, although there are few vacant seats available and the next obvious step would be Formula Two.

Previous winners of the series, which has evolved over the years, include four-time F1 world champion Lewis Hamilton, who drives for Mercedes.

Schumacher's father won the German F3 title in 1990, a year before his Formula One debut with the Jordan team and subsequent switch to Benetton.

Mick Schumacher has secured eight wins in 12 races including five in a row with the Mercedes-powered Prema team. He was 12th overall in his debut season last year.

"It's a slightly unreal feeling. I'm absolutely delighted," said Schumacher, whose first win came relatively late in the campaign and at his father's favourite Spa-Francorchamps circuit in Belgium.

"I still can't quite believe it."

Mercedes motorsport head Toto Wolff, who runs the F1 team that Schumacher drove for at the end of his career, said the teenager had great potential.

"Attention was focused on the youngster right from the start and he was under a lot of pressure. It's not easy coping with all that, especially if the season does not get off to the best of starts, as in this case," said the Austrian.

"His performance in the second half of the season was therefore all the more impressive. He has shown that he has what it takes and that he can become one of the greats in our sport."

Michael Schumacher, the most successful driver in Formula One history, has not been seen in public since he suffered severe head injuries in a skiing accident in France in December 2013.

The former Ferrari driver's privacy is closely guarded at the family's home in Switzerland. 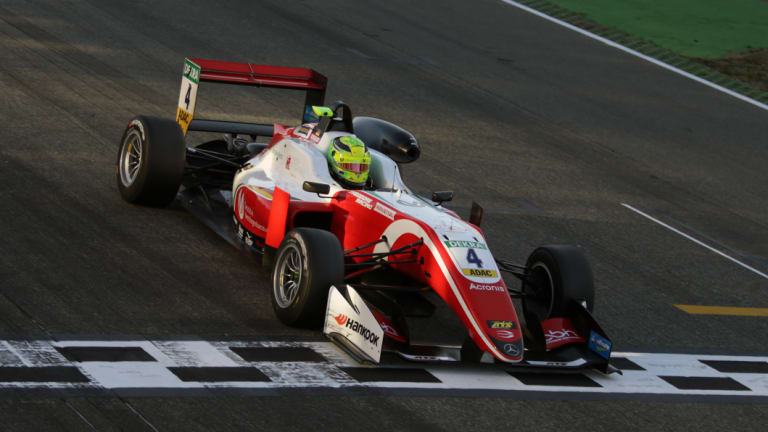 Mick Schumacher and his winning vehicle.Credit:WENN.com