This cloudy afternoon at North Sydney Oval was about so much more than just the rugby.

The spectacle of the Shute Shield final has only grown from strength to strength in recent years and yesterday’s occasion was an absolute treat for the 15,500 fans.

At the southern end of the ground, in the McCartney Stand, there was a sign that read: “Anyone but Uni”. It was a subtle dig from Sydney University at the North Sydney Oval ground announcer, who at the conclusion of last week’s semi-final declared that everyone wanted “anyone but Uni” to come away with the title. Oh, the irony. 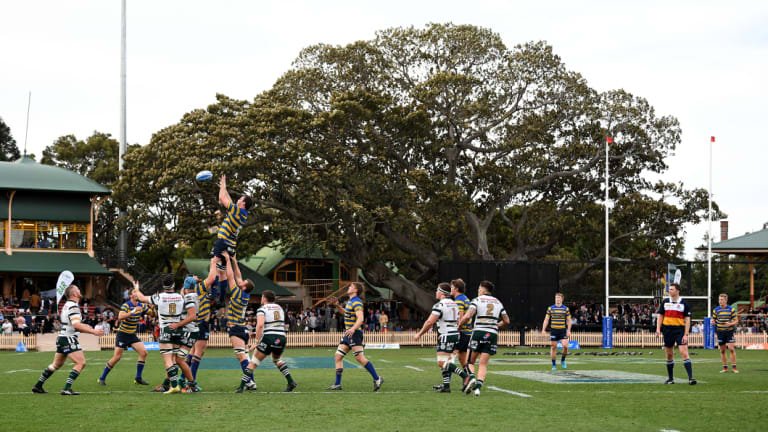 Queues at the bar were a small price to pay for the picturesque setting of North Sydney Oval.

University might be widely hated but that does not bother their most faithful one iota.

A short walk to the eastern hill of the ground and there was ‘Hillbilly Hut’, the base for Warringah fans, all dressed in their weirdest and wackiest green and white attire. It is by far the most impressive rugby supporter group. If only they cheered as avidly for the Wallabies.

There was drama pre-match, with a power shortage understood to have affected a bar on the hill. Lines around the ground for drinks were absurd, but that’s perhaps the price you pay for a brilliant atmosphere at a suburban ground.

There was also an incessant bagpipe playing all afternoon. If you closed your eyes you felt like you were at Murrayfield, Scotland’s home of rugby in Edinburgh.

Even before the match of the afternoon, the second grade final between Eastern Suburbs and Eastwood attracted hundreds of fans from both clubs. When points were scored, their supporters danced and cheered. What appeared to be a French flag was actually the tri-colours of Easts, being proudly waved all afternoon. 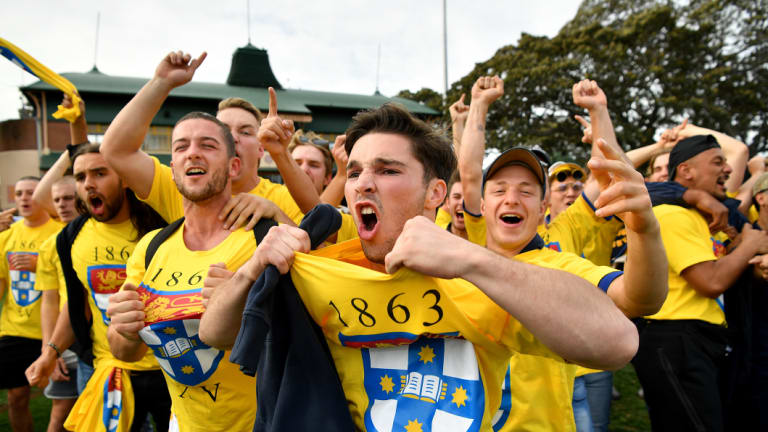 Sydney University fans didn’t care their side was maligned by the rest of the crowd.

By the time the national anthem was blasted out at 3.11pm, you could not see any grass on the hill.

National coach Michael Cheika and Rugby Australia chief executive Raelene Castle watched on in the stands, while a number of Wallabies, including Ned Hanigan and Jack Maddocks, couldn’t help but be a part of a terrific afternoon that highlighted club rugby well and truly has a pulse.

The one tradition on finals day that should never be lost is when fans swarm the field at full-time. The sight of club mates embracing players after 80 tough minutes is what club rugby is all about. 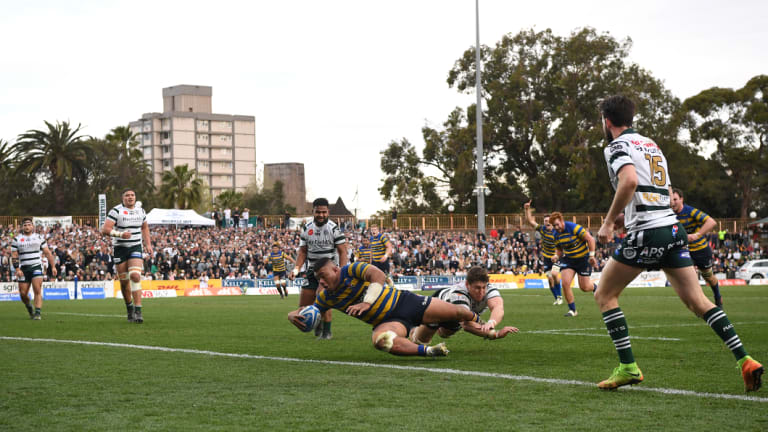 Even the hundreds of kids who got to have a kick on the field at half-time would have been thrilled.

The decks were cleared for the weekend given the Wallabies do not play and the Sydney Rugby Union would be foolish to schedule the game on anything but a standalone weekend. This match received all the attention and coverage it deserved.

For all the doom and gloom linked with the Wallabies, one thing is for certain; people do care about rugby.