Home » Sport » Six Nations 2019: Why England's Courtney Lawes is the most-feared man in the whole of France

And if you don't know why, just ask Les Bleus fly-half Jules Plisson, who ended up being folded up like a deck chair by him. 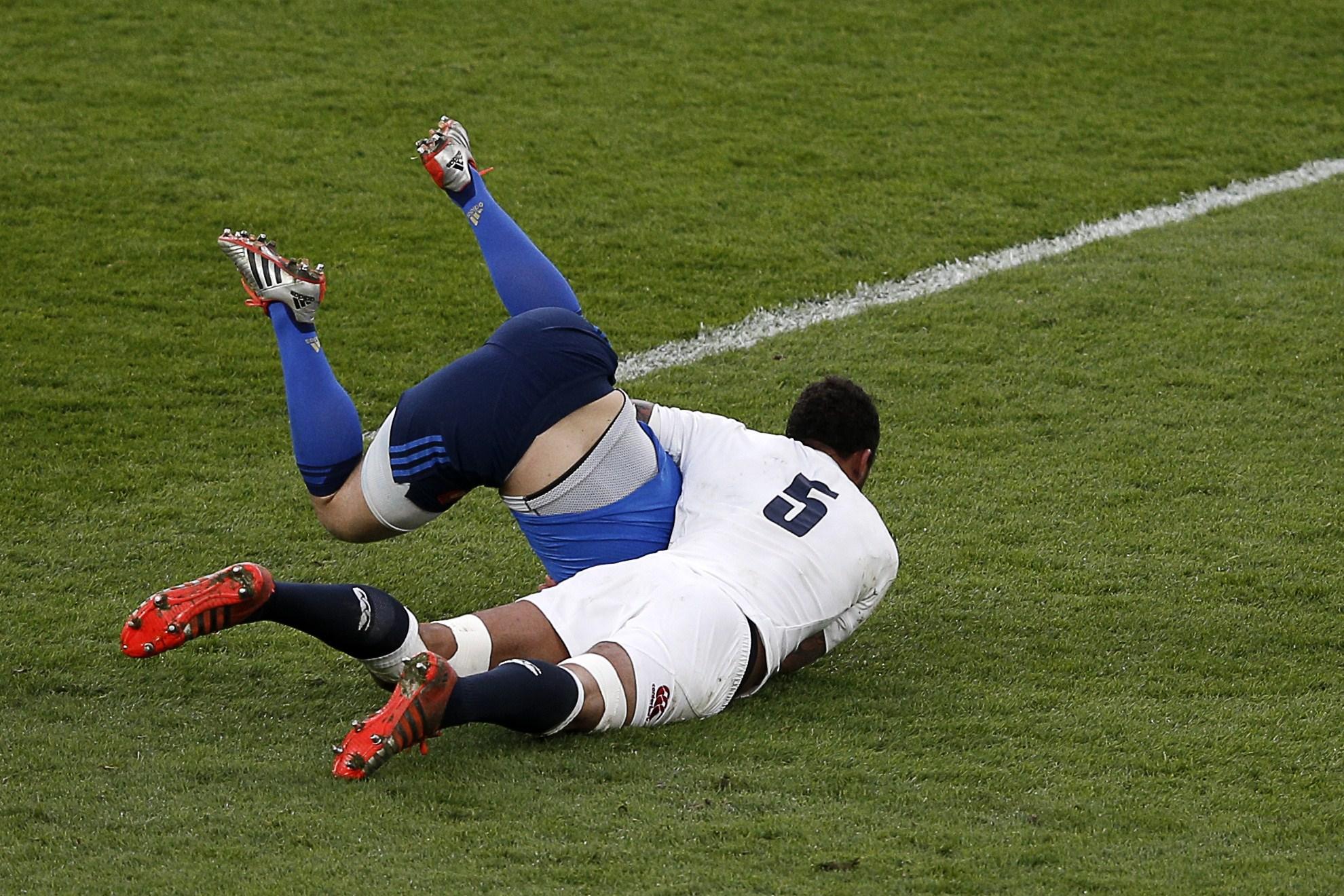 Unsuspecting Plisson was absolutely smoked by the 6ft 7ins monster lock at Twickenham almost four years ago with one of the biggest and nastiest hits in Six Nations history.

The bone-crunching highlight reel on YouTube has more than 1.2 million views and should also come with a parental advisory for anyone wanting to watch it under a certain age.

As the crowd ooh-ed and aah-ed that day Welsh ref Nigel Owens is heard saying: "The tackle was fair, timing was good."

On Sunday, hitman Lawes is set to win his 70th Red Rose cap and putting in another wipe-out like his 2015 vintage would get HQ rocking. 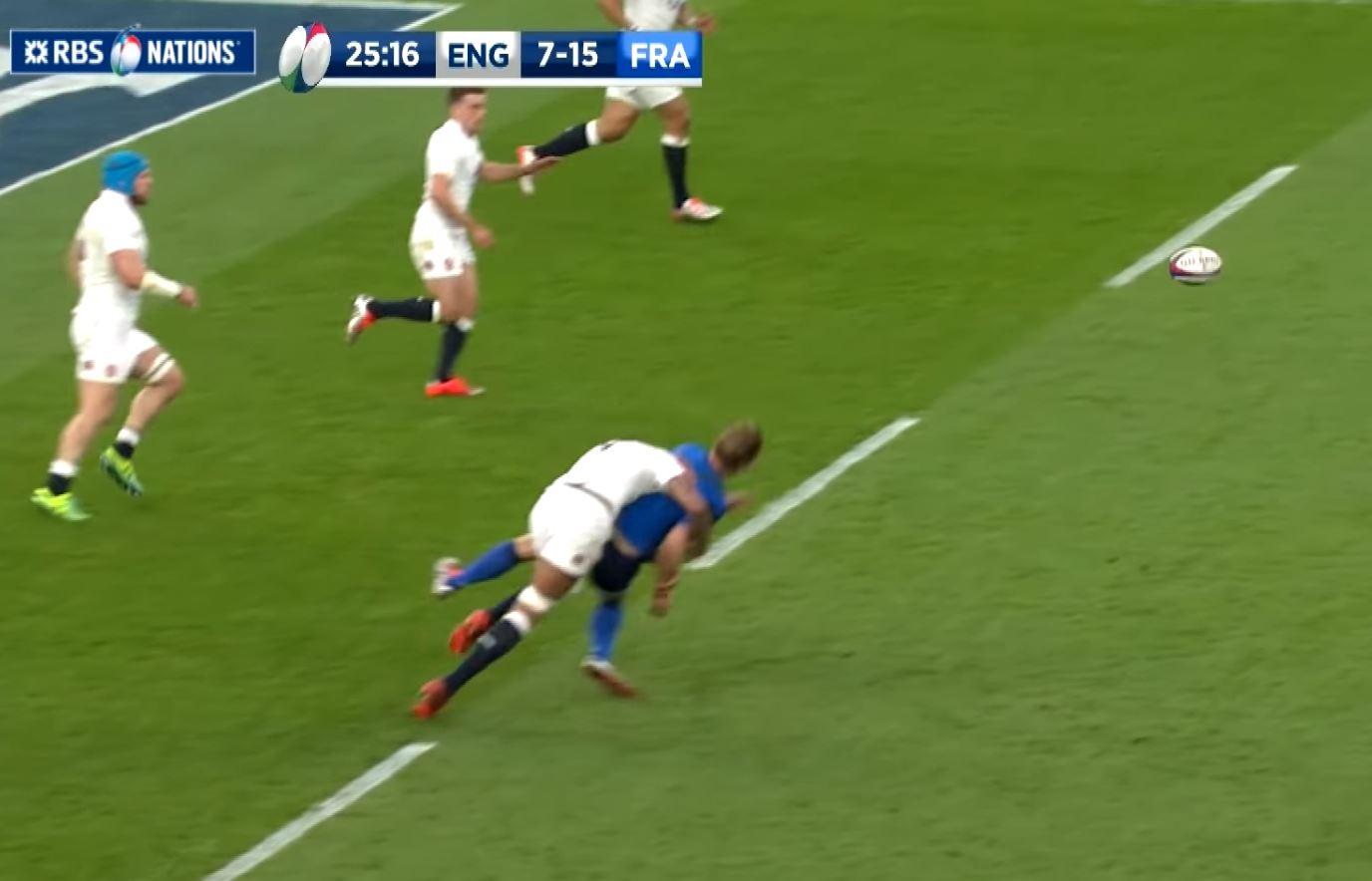 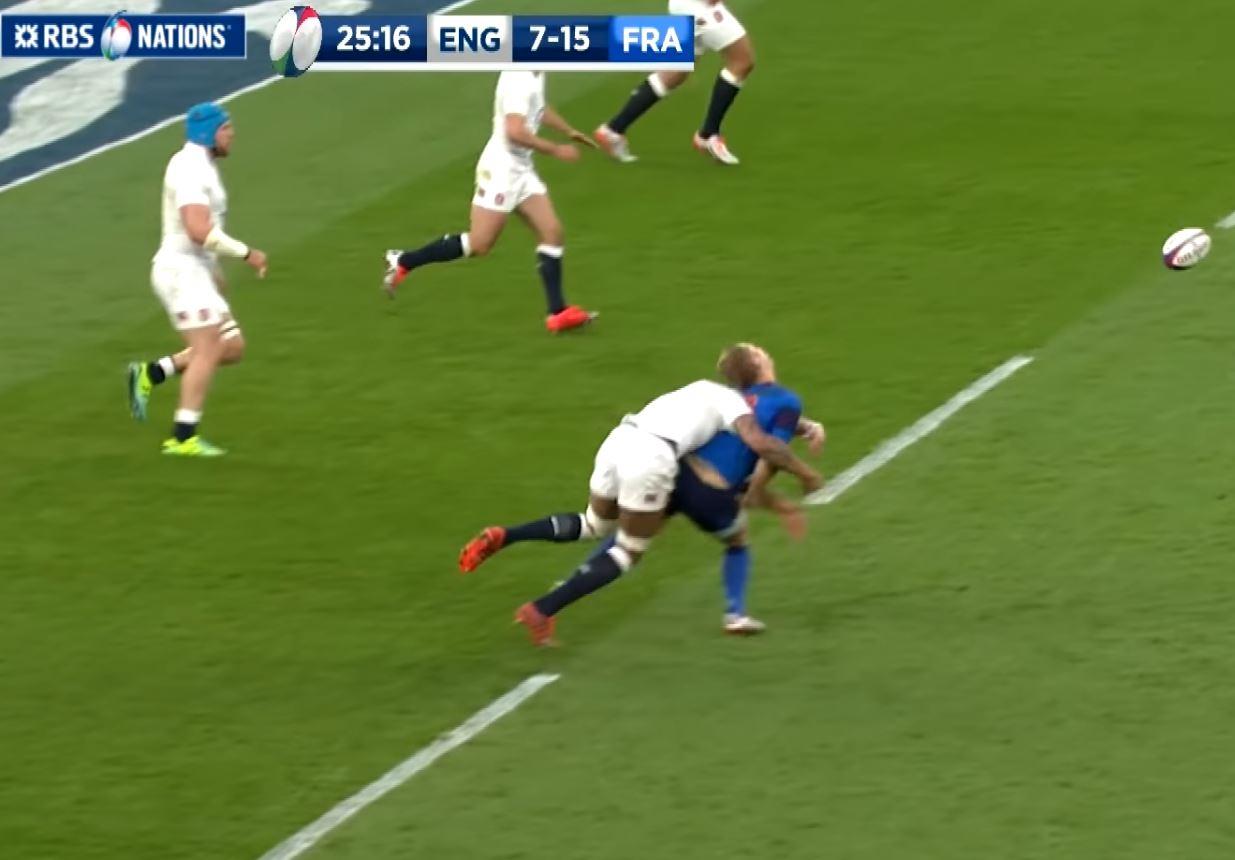 But it's not just England's rivals who have felt the full force of the Courtney crunch.

Even current forwards coach Steve Borthwick has been a victim of Northampton Saints stalwart Lawes who last week revealed he has put on an extra STONE since the autumn.

When asked about his first memories of the now 29-year-old, Borthwick said: "I remember playing against him and training with him with England right at the very end of my playing career.

"Maybe he was one of the players who pushed me towards the end of my England career! He’s an incredible competitor, has dynamism in his tackling and carrying and is very talented. 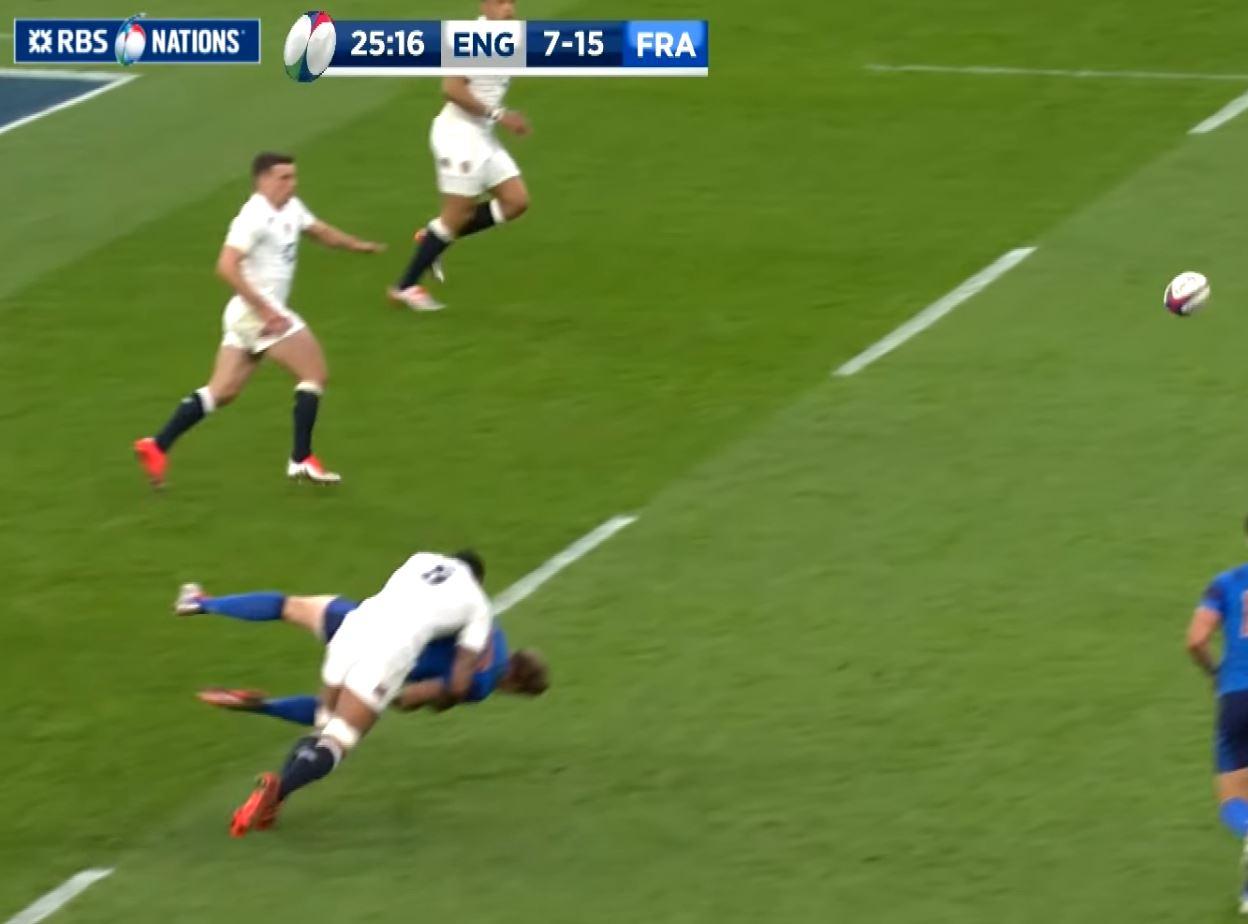 "He passes the ball, he is a great lineout jumper and he has great dexterity in the air so he’s a very good rugby player. He has some really good strengths. He loves tackling and he loves hitting."

When quizzed as to what it was like to be on the end of a Lawes reducer, Borthwick grimaced and said: "I tried not to be!" 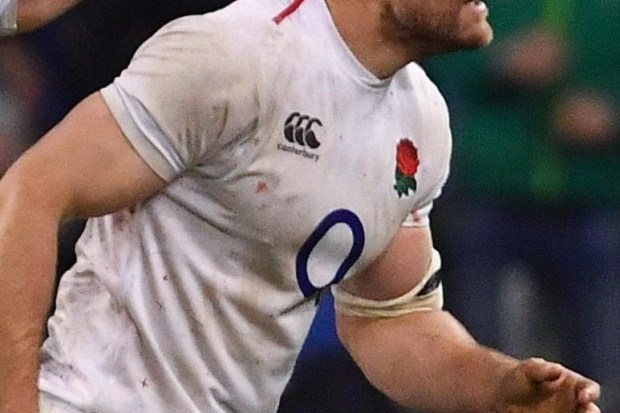 MARK WILSON smashed through 27 tackles, poached two turnovers and made 31 clearouts against Ireland before launching into some seriously dirty work at home.
Just 12 hours after the famous Dublin win Wilson was back in Newcastle and rolling his sleeves up again.
He said: "I was on daddy day care. So it was: “There you go!” Straight back down to earth – changing nappies and doing school runs."
Tough-lad Wilson was one of England's heroes at the Aviva and is licking his lips at launching into the French at Twickenham on Sunday.
Sizing up the giant Les Bleus pack that weigh-in on average 19 stone per man, he said: "This is why you play the game – to have challenges, physical challenges.
"That’s something a lot of the lads and myself enjoy. I know it’s been well-documented that they are a big pack, but there are strengths and weaknesses in every pack in this tournament and we will find out ways we can exploit that.
"It’s important that you stay away from their strengths. If you get into an arm-wrestle with them, it’s going to be a tough day at the office. We’ve got to think of ways of attacking that."
Meanwhile ex England skipper Dylan Hartley was back in the camp doing rehab on his injured knee this week, but isn't being considered for this week.

With Maro Itoje confirmed out for the France and Wales games with a minor knee ligament tear, Lawes is expected to step into the starting XV.

Though with Joe Launchbury also ready to come in and Nick Isiekwe in for Itoje, boss Eddie Jones also has a balancing act to pull-off in the engine room, against a ginormous French pack.

Borthwick said: "A lot has been spoken about the size they have. 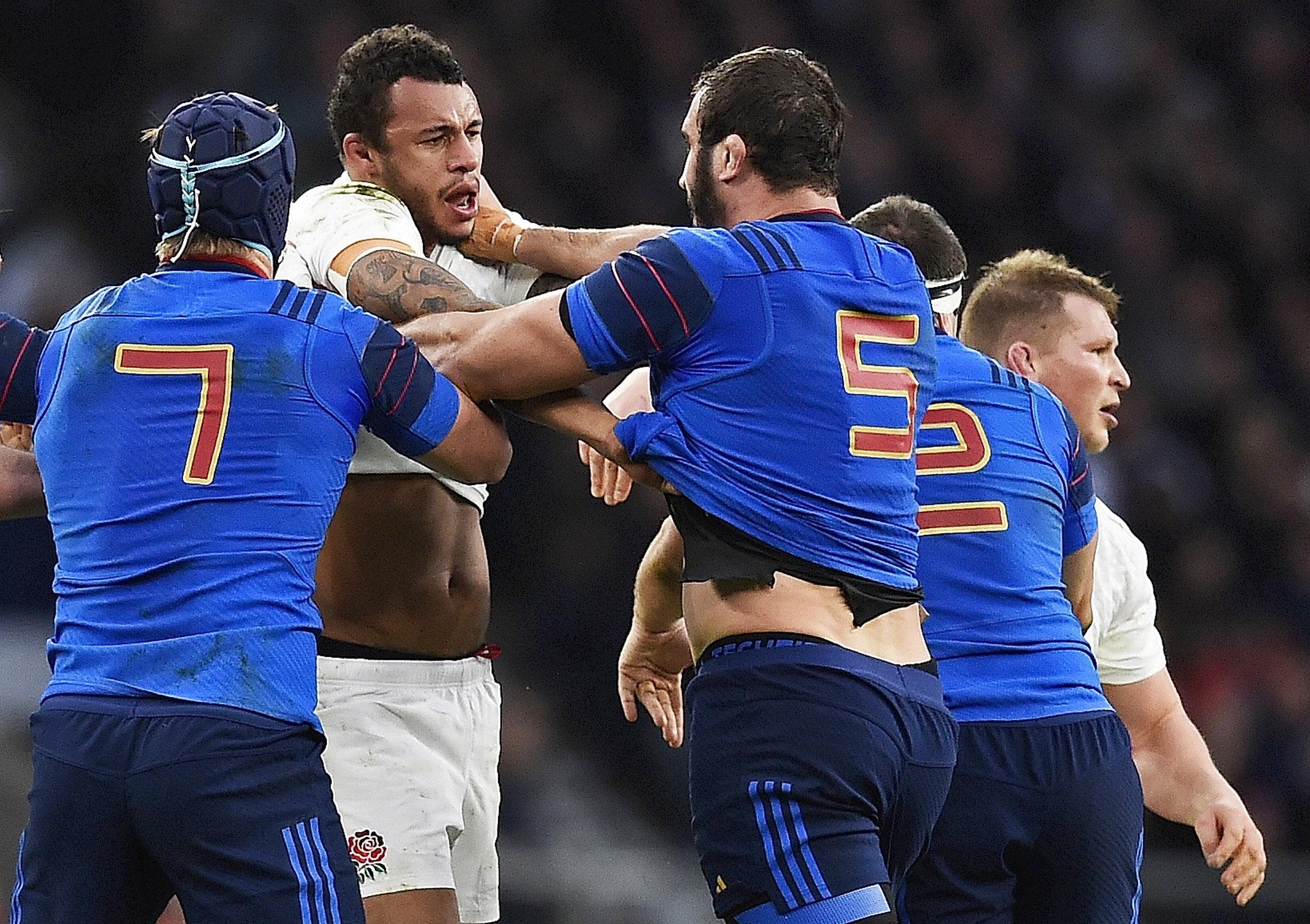 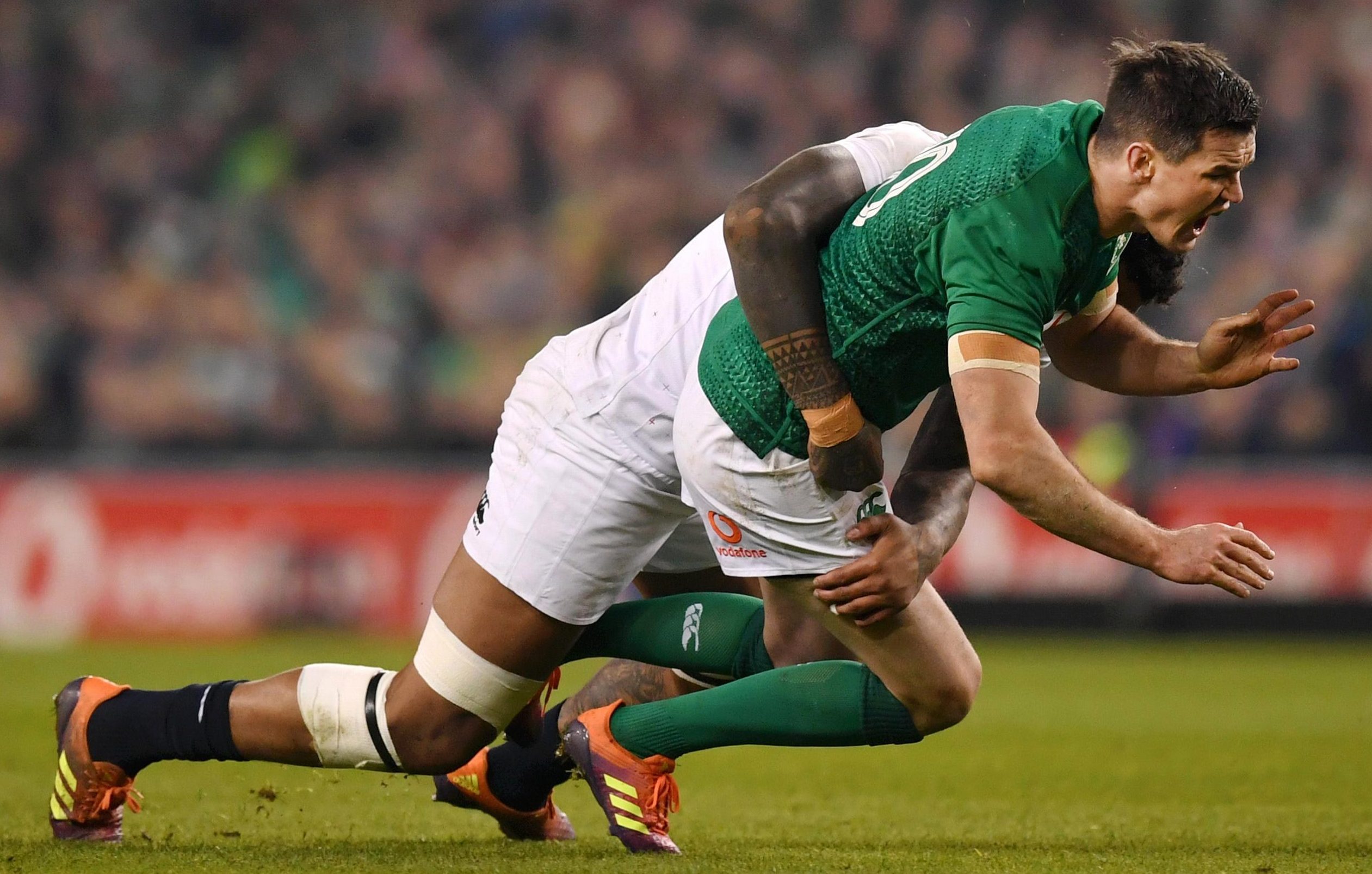 "They are big. If you look back historically through French teams they’ve always had very athletic flankers, those rangy type of players and a no.8 who carries.

"You see how hard Louis Picamoles carries and the impact he can make there and then a tight five that have size and likes to scrum.

"The maul has a real ability to regenerate itself, which is a very French thing.

"Sometimes it looks like it has fallen apart, but they have the ability to feel and go which is a great strength of theirs so we have a formidable challenge." 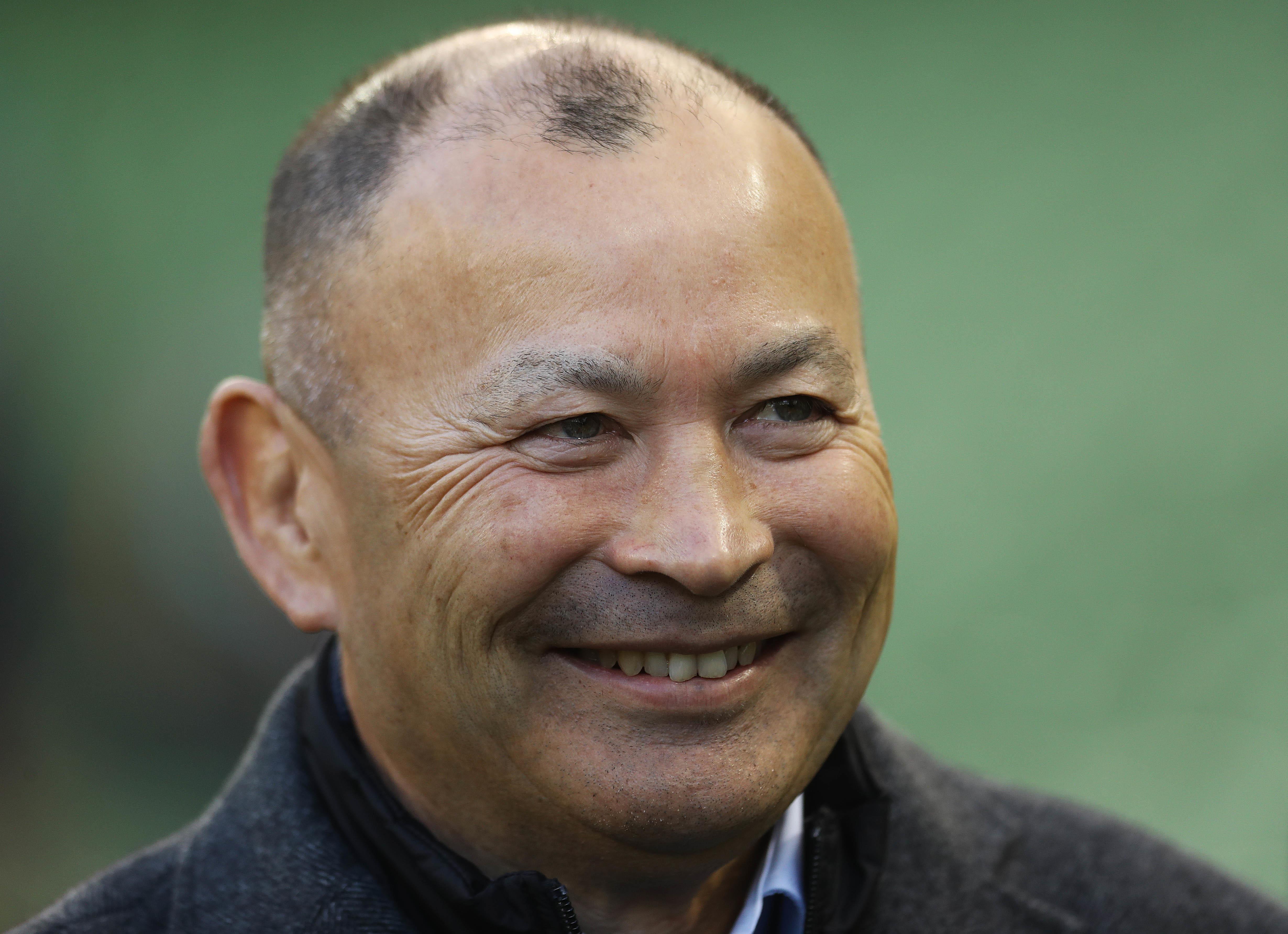 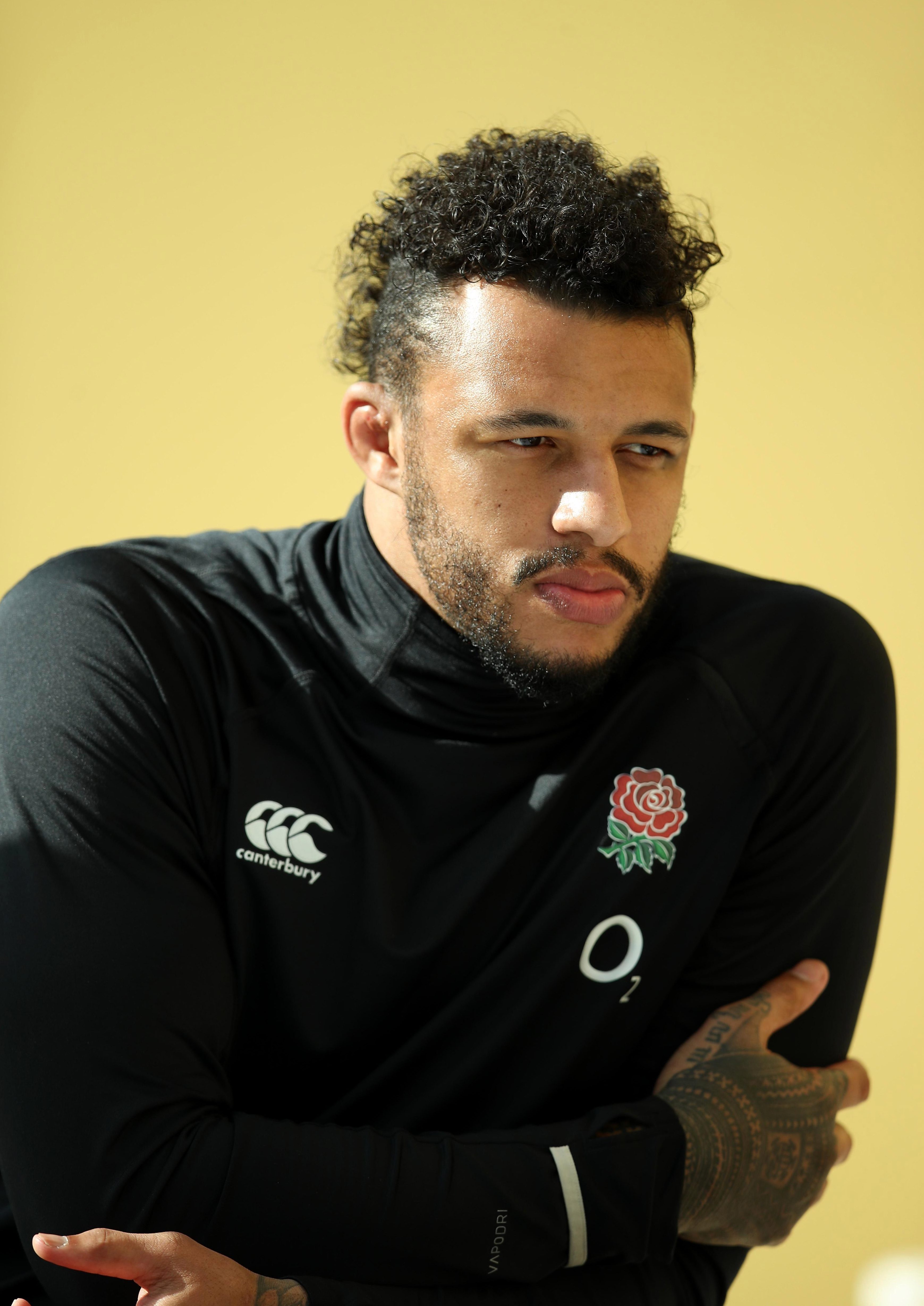 And Borthwick added: "As with all of the assistant coaches, we are all trusted to give an opinion and trusted in the respective areas we are tasked with coaching.

"The head coach always has the final say and always, always, the assistant coaches support that decision.

"We have that discussion in our coaches' meeting and when we come out of that room, it doesn't matter which way we choose to go, we are 100 per cent committed to that decision, because that is the head coach's decision.

"We are very fortunate to have a head coach that's got the wealth of experience that Eddie has. Who has seen just about everything you could see in this game, and has done it.

"He has got that wealth of experience to draw upon but with that he is gathering opinions, gathering experts to put opinions forward."