Defending premiers Richmond have suffered another injury blow, with midfielder Dion Prestia in doubt for Friday night's blockbuster against Essendon after he pulled up with a sore hamstring from Saturday's match against the Gold Coast.

Although the premiership midfielder was on the track on Wednesday and has not been completely ruled out of the match, the Tigers confirmed to Fairfax Media he was touch and go to play against the Bombers at this stage. 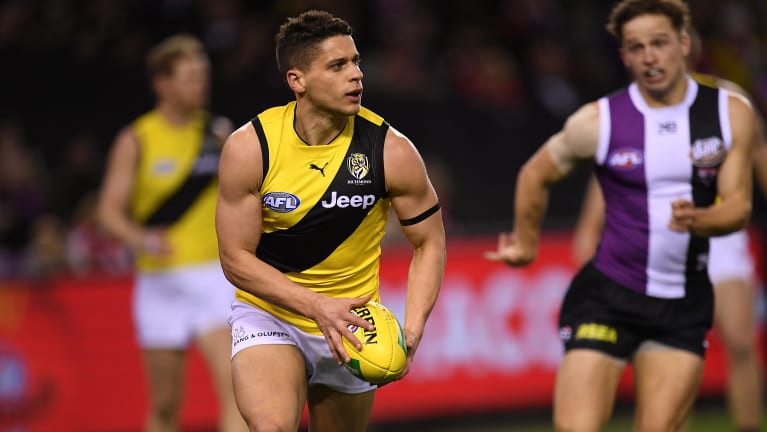 With finals looming and the 25-year-old a critical part of their midfield, Richmond are likely to take the conservative route to ensure he is in good shape at the business end of the season. The Tigers are confident this latest injury won't keep him out of finals action.

Richmond do not have to make the final call on whether he plays until Friday night if they decide to give him until the last minute to prove his fitness.

Prestia has played 10 games this season having battled a hamstring injury early in the season before a calf injury sidelined him in the middle of the year.

He then missed one game with a rib injury after copping a heavy bump from Collingwood's Travis Varcoe in round 19.

The Tigers have only lost four games this season and sit a game clear on top of the ladder with two games remaining.

They are certain to finish top two and play the qualifying final at the MCG.

The Tigers have had a great run with injury in the past two years but will also be without midfielder Kane Lambert for the final two games after he suffered an ankle injury against the Gold Coast.