Home » Sport » Spicy showdown: Kokkinakis and Tomic to meet in US Open qualifier 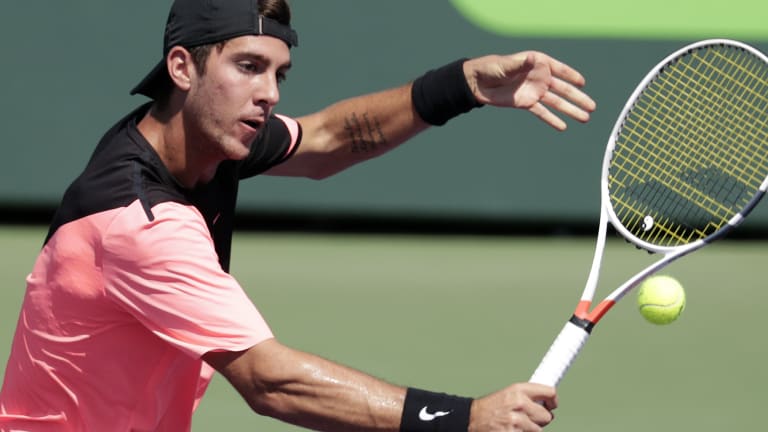 Fallen stars Bernard Tomic and Thanasi Kokkinakis have been thrust into an all-Australian first-round qualifying match at the US Open in New York.

With both missing direct entry into the season’s final grand slam event as they languish outside the world’s top 150, Tomic and Kokkinakis must win three sudden-death qualifiers to make the main draw.

But only one former Davis Cup star will survive the first hurdle following the release of the qualifying draw at Flushing Meadows.

Tomic leads Kokkinakis 2-1 head to head, but relinquished a two-set advantage to lose 8-6 in the fifth of their most recent encounter, an epic second-round contest at the 2015 French Open.

The tennis gods were much kinder to countryman James Duckworth, with the Sydneysider gaining a late entry to the main draw following the withdrawal of injured Frenchman Jo-Wilfried Tsonga.

Exciting youngsters Marc Polmans, Max Purcell, Alex Bolt and journeyman John-Patrick Smith are all contesting qualifying this week along with Tomic and Kokkinakis.