St Louis: Marc Leishman cracked a beer not long after he heard the devastating news that Jarrod Lyle had died after a 20-year battle with cancer.

He figures it's just what the popular former US PGA Tour player would have wanted.

"It would have been rude of me not to," Leishman said. "We also had some dessert for him; we brought out the chocolate molten cake."

Leishman is among the Australian stars at the US PGA Championship choosing to remember the warm memories of Lyle, who died aged 36 in Victoria on Wednesday.

"We're devastated," an emotional Leishman said after the opening round at Missouri's Bellerive Country Club.

"I'm trying to remember the good stuff, because that's what he'd want.

"His big smile, booming laugh and awesome sense of humour; there's no doubt he'd want us not to be moping around." 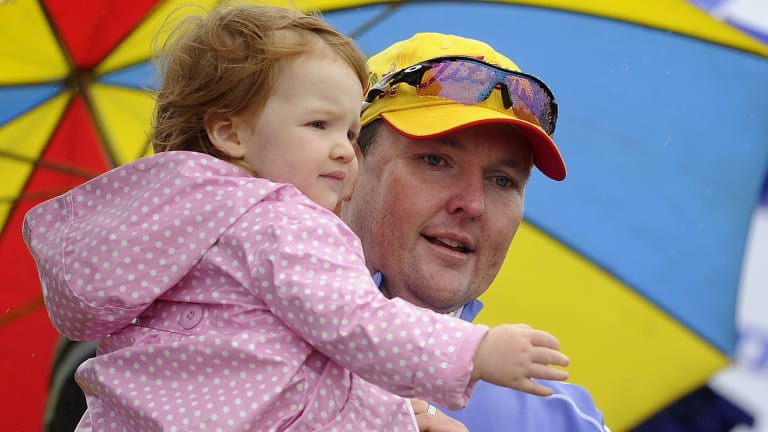 Jarrod Lyle, who died this week, holding his daughter Lusi in 2013.

Former world No.1 Adam Scott choked back tears on day one at the year's final major.

"It sucks, really," Scott said. "It was a nice escape to get out on the course today and try not to think about it."

But, like Leishman, Scott is focusing on the good times he enjoyed with "a shining light of a bloke".

"To be so optimistic with the cards he was dealt was amazing," Scott said of Lyle's three fights against acute myeloid leukaemia. 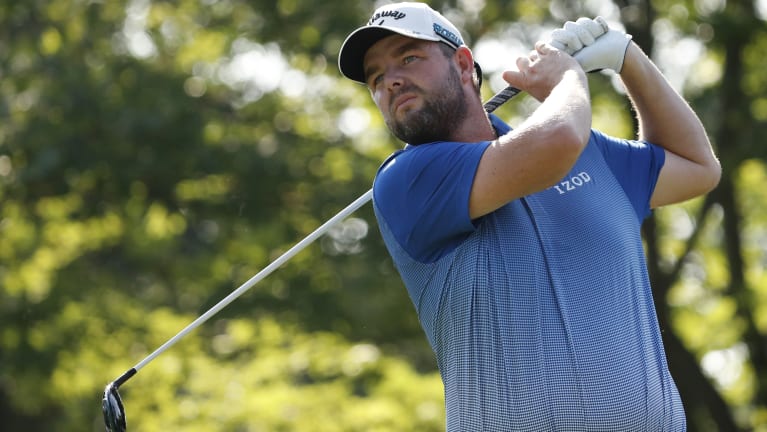 Marc Leishman is mourning the loss of his good friend Jarrod Lyle.

"His story resonated with so many people. We hear such average news all the time and he was a shining light of a bloke; it's no wonder everyone gravitated towards him."

A winner of two events on the US secondary circuit, Lyle returned to golf in 2013 having beaten cancer a second time.

Scott said his favourite memory of Lyle was watching him make the cut at the 2013 Australian Masters at Royal Melbourne.

"Seeing him come back and play the Aussie masters was special," Scott, who won the event, said.

"He was playing the best golf of his life [in 2012] and got sat down to go back and have treatment again.

"To to make it back to the course [in 2013] was a really big deal and showed how much ticker he has."

"He battled half his life, but the crazy thing is he was always upbeat and positive," Day said. "If you played golf with him, you'd always walked off the golf course happy.