Australia's men's wheelchair rugby team will face Great Britain for a place in the gold medal match of the world championships after a resounding victory over Japan in Sydney. 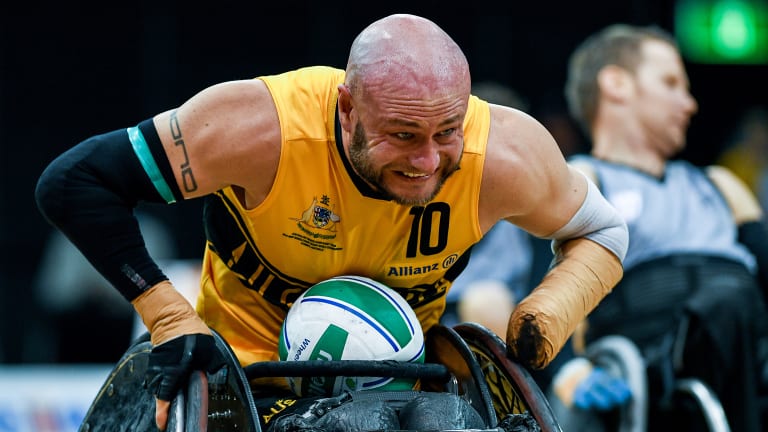 Japan now have that to look forward to after finding few answers to a clinical Australian performance, led by captain Ryley Batt, who scored 41 of Australia's tries. Chris Bond also chipped in with 18.

"I think we conceded only one turnover so we're really happy about that, but sort of annoyed at the same time," Batt said.

"For us to play like that against a fantastic, quality team like Japan, we're really, really happy.

"Every one of our line-ups has really stepped it up so far, but we know the job is really only just starting at this tournament.

It's not done yet, we still haven't accomplished what we came here to do.

"We have two more big games. We're not excited yet, it's early days.

"We've been in this situation before and it's about telling these new guys that it's not done yet, we still haven't accomplished what we came here to do.

"That was just the start of the mountain we have to climb to win that gold medal. We've got two more big, big games."

In earlier group results, Australia beat Ireland 70-44, USA confirmed top spot in Pool B by beating Canada 54-47, while Great Britain's place in the top four came via a 47-41 win over France.