Home » Sport » Stephen Curry is wowing the NBA world all over again, and some think he's playing the best basketball of his life

Stephen Curry has been one of the NBA’s most dominant players of the last five years, but it took an ill-timed injury to Kevin Durant to remind the basketball world how good he is.

In the five full games that Durant has missed since injuring his calf in the second round of the playoffs, Curry has taken over for the Golden State Warriors. Over that span, he is averaging 35.8 points per game, 7.6 rebounds, 6.6 assists on 46% shooting, 41% from three-point range.

Curry led the Warriors in their sweep of the Portland Trail Blazers in the Western Conference Finals, playing what some think was the best all-around basketball of his career.

“I don’t know if we’ve ever seen him play better, to be honest with you,” ESPN’s Brian Windhorst said on “The Jump. “He set a record for number of threes made in a four-game series. I could go down the line of all the stats that he did. We are seeing peak Steph Curry.”

Charles Barkley, who initially said he thought the Warriors would struggle without Durant, said on ESPN’s “Pardon the Interruption” that Curry has re-entered the conversation as the best player in the world.

Indeed, Curry took and made some brazen attempts against the Blazers that would be considered bad shots for most players. But Curry isn’t most players.

Scottie Pippen, one of the NBA’s all-time best defenders, sounded baffled about how to guard Curry.

“In the days that I played this game, I’ve never seen a guy — maybe other than Reggie Miller — where you just didn’t want him to touch the ball,” Pippen said on “The Jump.” “But Steph has got the defense so extended — 35 feet away from the basket. That’s unheard of. How do you defend that?”

Of course, this is nothing new for Curry. He’s playing much as he did during the 2015-16 season when he won unanimous MVP while leading the Warriors to a 73-9 record. 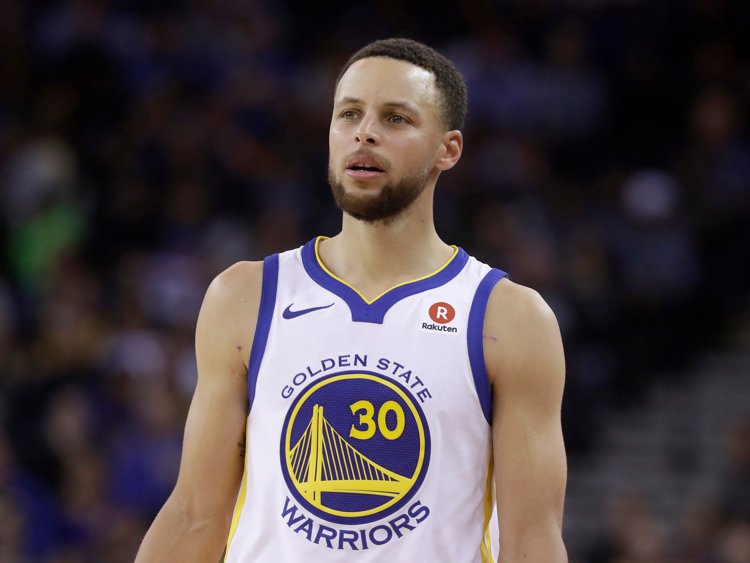 Stephen Curry.Jeff Chiu/APHowever, Curry has reined himself in slightly since the Warriors acquired Durant. There have been some hurdles in figuring out their chemistry, with Curry and Durant at times alternating between being the top scorers on the Warriors.

Curry seemed to retake control of the offense to start the 2018-19 season. In the first nine games of the season, Curry averaged 33 points, 5 rebounds, 6 assists per game on 55% shooting, 53% from three. At one point, he was on pace to hit 500 three-pointers this season, which would have shattered his own NBA record of 402 threes in a season.

Read more: Three years after authoring one of the greatest seasons in NBA history, Stephen Curry has somehow gotten better and the league should be terrified

Curry eventually cooled down and put together the strong, All-NBA-type season he has had next to Durant the last two years, but he was not in the MVP conversation.

Now, Curry is back to the form of the 2015-16 MVP season, and the Warriors look like that team that won 73 games, leading some to wonder how much Durant is needed at all.

Read more: There is an emerging debate about whether the Warriors are better without Kevin Durant, and it could impact a massive offseason

AsESPN’s Zach Lowe said on his podcast, with or without Durant, the Warriors system is built upon Curry being unlike any other player in the league.

“I don’t know how you can watch the Warriors, even with Durant, and not see how much of what they do stems from the fact that Steph has two guys on him 35 feet from the rim, in a way no one else in the league has ever had. Not even Damian Lillard has guys blitzing him to that degree and with that level of aggression … Steph is taking these lineups where it’s like, Steph, [Alfonzo] McKinnie, Draymond [Green], [Kevon] Looney, and [Andre] Iguodala … That’s four crappy shooters and Stephen Curry and they’re still killing people. And what is the reason? It’s because two guys are on Stephen Curry 35 feet away from the rim.”

It is almost as if it took an injury to Durant to remind the world of Curry’s unique skill set and dominance. If Curry keeps it up, with or without Durant, he may achieve that elusive Finals MVP and cap one of the all-time great playoff runs.