Home » Sport » Still sons of the west: Mitch Wallis and Tom Liberatore to sign on

Western Bulldogs midfield duo Tom Liberatore and Mitch Wallis are close to re-committing to the club.

Wallis' future has been the subject of intense speculation with the 25-year-old receiving tempting offers from rival sides including Essendon and the Brisbane Lions, while Liberatore has spent the last year of his contract in 2018 recovering from a ruptured ACL he sustained in round one.

The Age understands the pair, who were taken with father-son selections in the 2010 national draft, will soon sign on with the Western Bulldogs with contract terms being finalised. Their commitment represents a significant boost for the fledgling side's midfield stocks.

Liberatore, 25, was one of the best clearance players in the AFL from 2012-16 before a drop in form in 2017. He was crucial in the Bulldogs' 2016 premiership. He enjoyed a strong and uninterrupted pre-season to the 2018 campaign and was understood to be back to his physical peak before being cruelly struck down in round one.

His teammate Wallis was controversially dropped twice in 2018 which fuelled speculation about his future at the Whitten Oval. However later in the season coach Luke Beveridge revealed the club had offered Wallis a contract.

"There is [an offer in front of Wallis], so we're just working through that with his management," Beveridge said in early August. 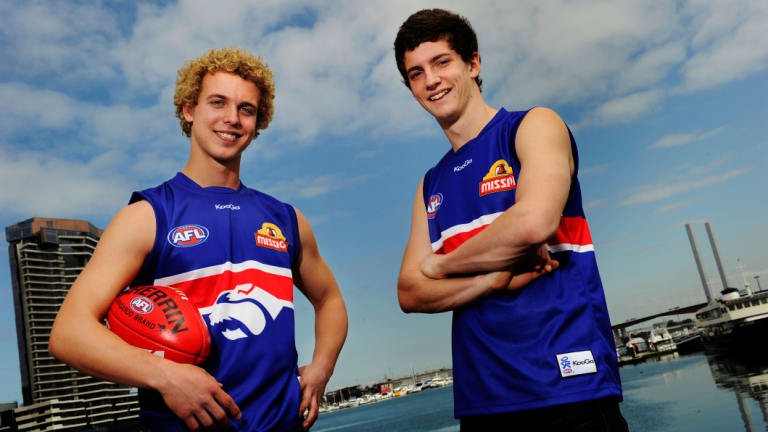 Wallis and Liberatore on their draft day in 2010.

"Mitch Wallis is a prime example of a player we've had some conversations around what's going to improve him as a player, and we know how capable he can be."

It's understood those improvements were around the defensive side of his game.

Wallis played the last 10 games of the season spending time in the midfield and forward. He kicked 15 goals in that stretch (20 for the season) including bags of three against Hawthorn and Melbourne.

Once they sign the dotted line they will join Roarke Smith and Dale Morris in re-committing to the club after season's end.

It is all but assured that Luke Dahlhaus will depart the Bulldogs for Geelong, who are offering the midfielder a better contract. He will likely be followed by Jack Redpath and Jordan Roughead, whose destinations are unknown.

Billy Gowers and Tory Dickson are expected to stay however, while the futures of Lin Jong, Brad Lynch and Tom Campbell remain unclear. 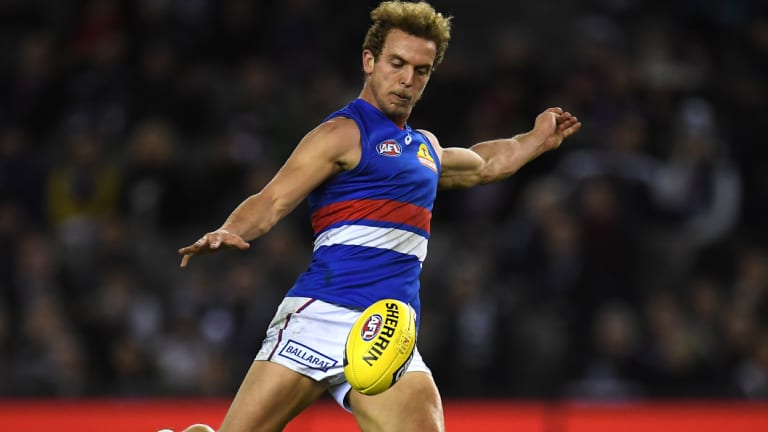 Mitch Wallis played the last 10 games of the season and was important in the Bulldogs’ upturn in form.

After a tough 2017 and a difficult start to 2018 the Bulldogs came home in impressive fashion, winning three of their last four games and losing narrowly to Richmond at the MCG.

Beveridge was able to regain more experienced players through that stronger period with the sides he fielded through 2018 regularly the youngest in the competition.

The late-season purple patch came on the back of sterling displays by their classier players such as Marcus Bontempelli, Lachie Hunter, Caleb Daniel, Jack Macrae, Josh Dunkley and Jason Johannisen. Morris' return from injury was also vital.

They were aided by significant contributions from youngsters Gowers, Patrick Lipinski, Aaron Naughton and Ed Richards.

With Liam Picken set to attempt to return from concussion complications in 2019, added to the return of Liberatore and hopefully Tom Boyd, the Bulldogs will head into their next campaign with an optimism that seemed unlikely in the first half of 2018.