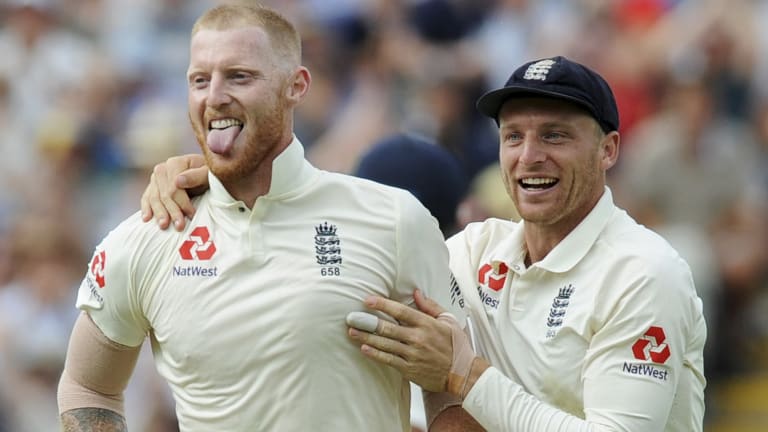 Birmingham: Ben Stokes took the key wicket of Virat Kohli and finished with 4-40 as England beat India in the first Test by 31 runs.

The 1000th Test match for England was evenly balanced as India resumed day four at Edgbaston on 5-110 in their second innings, chasing 194 for victory.

But things swung strongly England’s way during an occasionally bad-tempered morning session when Stokes trapped Kohli lbw for 51, leaving India 7-141 despite an unsuccessful appeal by the India captain.

It got worse very quickly for the tourists at 8-141 after Stokes struck again in the same over with Mohammed Shami caught behind.

England captain Joe Root gambled by bringing on leg-spinner Adil Rashid to threaten No.10 Ishant Sharma at the risk of being walloped by Hardik Pandya (31) for runs England didn’t have to spare.

The gamble paid off immediately when Rashid’s googly produced a successful lbw appeal against Sharma, who hit a useful 11.

India were all out for 162 when Pandya was caught by Alastair Cook off Stokes.

England scored 287 in their first innings and India made 274 in reply, with Kohli hitting 149.
India then dismissed England for 180 in their second innings.

India had started their second innings nervously with Murali Vijay – dropped in the slips on 1 by Dawid Malan, who also had two spills in the first innings – trapped lbw by Stuart Broad for 6.

The second of five Tests starts at Lord’s on Thursday.