Home » Sport » Storm in no rush over Smith, Slater futures

Melbourne Storm won’t pressure veteran stars Cameron Smith and Billy Slater to decide their futures in the lead-up to the NRL finals.

Smith has received a contract offer from the Storm to play on as his form and impact on games has continued at an elite level this season. A new deal would also see Smith in line to pass 400 games next season. 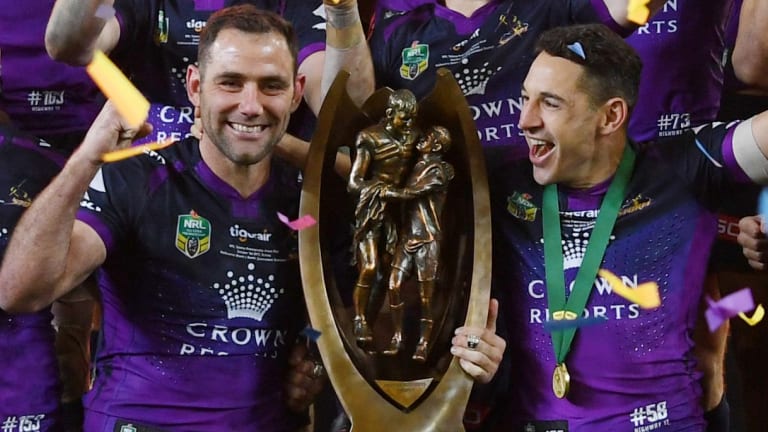 Slater is still among the elite fullbacks in the NRL despite retiring from representative football after this season’s State of Origin series. His plans remain uncertain with Slater stating recently he may not make a call until after the season.

Storm chief executive Dave Donaghy maintained the line the club has long taken with Smith, Slater and former halfback Cooper Cronk in letting them make their own decisions without interference.

He said the club hoped to have Smith signed soon but wouldn’t rush him.

“Hopefully,” Donaghy said on Tuesday as the Storm announced they have passed 25,000 members for the first time.

“We’ve demonstrated with Cooper previously, with Cameron and with Billy as well, that those guys have been a huge part of building our club.

“They have earned and they deserve the respect to make a call on their careers and their futures and it’s no secret we would love Cameron to keep running around, Billy as well, but those are decisions they have to make.

“Hopefully we know where they stand sooner rather than later.”

But Donaghy admitted talks with either or both players may not happen until after the finals.

“There is a time before finals where you might not continue with those discussions and hold that over until after the finals to make sure their focus is on the footy,” Donaghy said.

“But at the same time I know they will put the footy club first and foremost and they will continue to do that.”

Smith retired from representative football before this year’s Origin series and the Storm went on an eight-game winning streak.

But Smith did have an injury scare on Friday night, leaving the field late in the game after feeling pain in his foot. He was later diagnosed with a irritation of the tendon of his big toe but remains likely to play this weekend.

“With Cam he has a lot of footy left in him, he is the Benjamin Button of rugby league, he just keeps getting better with age,” Donaghy said.

“So I think provided the body is feeling right and thankfully his ailment on Friday night wasn’t too serious.

“Hopefully he runs around next year.”

Donaghy also confirmed the Storm have yet to offer Slater a contract for next year until he makes his wishes known.

On the membership front, Donaghy said the 20-year-old club’s numbers have risen significantly in recent years and they hoped to continue. 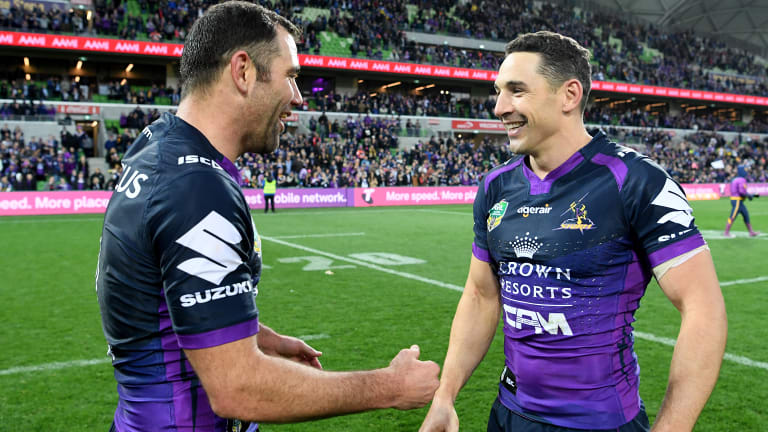 The Storm have set a club record for membership for eight consecutive years.

“It’s amazing to think that Melbourne has welcomed us with open arms,” Donaghy said.

“We are a code which is dominant in New South Wales, Queensland and New Zealand as well and we are only on our infancy even after 20 years in Melbourne there is still tremendous upside and for Melbourne itself to embrace the Storm and call us theirs is something that is a real competitive advantage for us.”

Donaghy also said the Storm’s home crowds were on a par with last season and they had three potentially strong games to end the regular season with Cronulla Sharks this Sunday, Parramatta Eels on a Friday night and then a final round showdown with Penrith Panthers.

The Storm play Cronulla Sharks at AAMI Park on Sunday at 4.10pm.