Melbourne legend Billy Slater has announced his retirement from rugby league with the 2018 NRL season to be his last.

The 35-year-old Storm fullback confirmed he's hanging up the boots at season's end to the applause of a packed media contingent in Melbourne on Wednesday, ending months of speculation about his playing future.

Slater choked back tears as he thanked coach Craig Bellamy and credited long- time teammates Cameron Smith and Cooper Cronk for pushing him to realise his potential.

"Not only have you guys created opportunities for me on the field, but when your peers drive themselves to be the best and they continually succeed – that's infectious.

"This is why you two have had the greatest influence on my career."

The Storm hoped Slater would play on for another season but the former Queensland and Australia star decided to call time on his 16-year career. 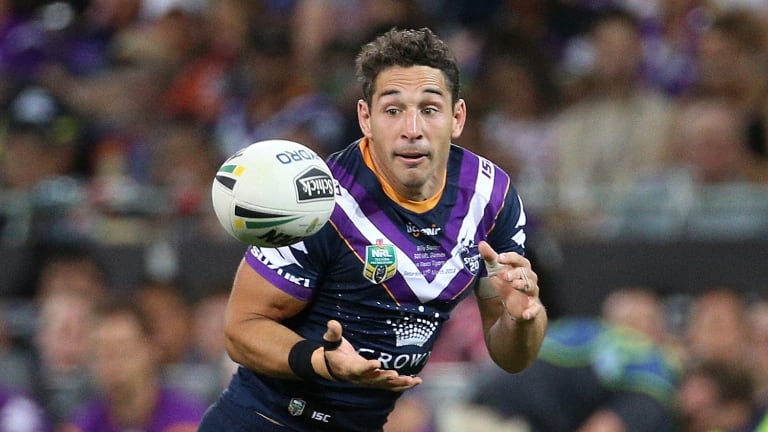 Pulling the pin: Billy Slater is expected to announce his retirement on Wednesday.

Slater made his NRL debut with Melbourne in 2003 and has since played 313 games, overcoming two shoulder reconstructions that interrupted his career.

Slater was also a key member of Queensland's State of Origin dominance and was a part of eight series' victories, playing 31 games.

He was controversially awarded this year's Wally Lewis Medal as player of the 2018 series despite missing the first game.

Slater was a member of the Storm's "Big Four" which included skipper Smith, Cronk and Greg Inglis.