Auckland: The Bledisloe rivalry is like a bad relationship these days. Half-truths and perceived slights snowball into a paranoid, barely functioning dynamic. At a certain point, there's no way back.

Steve Hansen and Michael Cheika probably reached that point in 2016, when the All Blacks implied that the Wallabies had planted a listening device in their team room in a Sydney hotel. 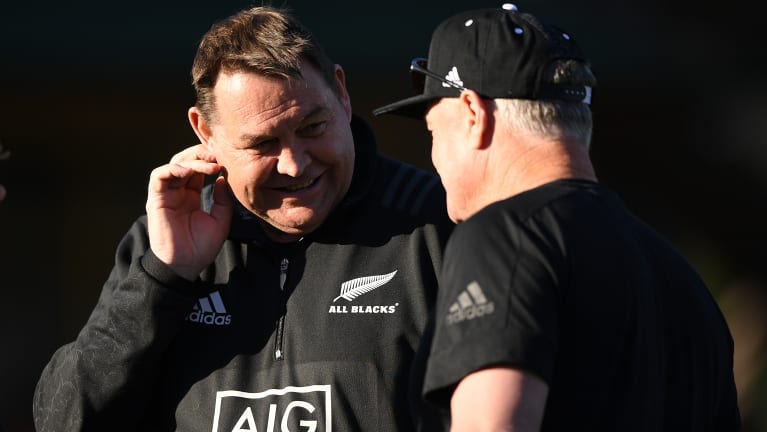 But this week, with Cheika's Wallabies on the ropes and the Kiwis – let's face it – loving every minute of it, things are getting thorny again.

The focus this time is on the alleged snubbing of All Blacks veteran Sam Whitelock in Sydney last week. Whitelock reached his 100th Test and the All Blacks, it has emerged, were offended more Wallabies did not stay on the field after the match to join the group's acknowledgement of his achievement.

"It's not for me to comment on what their policy is … I know if it was us we'd stay out and acknowledge it," Hansen said when asked about it on Thursday.

"I think it's a tremendous feat; playing 100 Test matches, it doesn't matter what country it is, there's a lot of energy, a lot of mental fortitude, a lot of time, a lot of sacrifices by the player's family – his kids, his wife, his partner – to get to that point. It's worthy of respect."

To say that we lack respect is a little bit of a stretch from Steve Hansen.

The Wallabies, for their part, found the reaction surprising. They celebrate their own milestones in the dressing room after the match.

"Well, I’ve never seen it before. We certainly wouldn’t be asking to do it on another team’s ground, we’d do it in the dressing room," Cheika said in response.

"But if that’s what they want to do I’m sure they did it and congratulations to the player, he’s a fine player, 100 caps is a really, really great effort. And same to the lad who is grabbing it this week as well [Owen Franks], always respect there.

"To say that we lack respect is a little bit of a stretch from Steve Hansen." 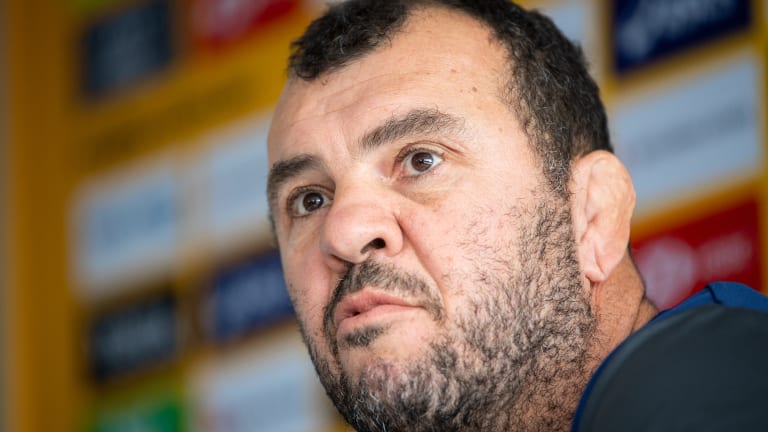 ‘A bit of a stretch’: Michael Cheika fires back at the All Blacks coach

There it is. No love or trust lost between the camps. The truth? New Zealand Rugby asked Rugby Australia more than a week out if they could hold Whitelock's ceremony on the field and RA consented. Late last week NZRU asked if the presentation could be done on-stage. RA informed them there was no stage planned given it was week one of the Rugby Championship and there were no official proceedings scheduled. When the All Blacks started the presentation, many Wallabies were already in the stands greeting their families. Will Genia, Bernard Foley, Michael Hooper, Pete Samu and skills coach Mick Byrne joined the All Blacks.

It's a shame that after a century of rugby history between the two nations the relationship now regularly dissolves into a playground spat such as this one.

Both coaches use it to their advantage. Hansen, needing to get an extra five per cent out of a team that's already administered a 38-13 lesson, lets bad feeling foment. Cheika, seeking to shield his players from pressure leading into the second Test, fires back.

They named their teams in the midst of the recriminations. Cheika rung the changes in the front row, starting Scott Sio and Allan Alaalatoa at loosehead and tighthead repeatedly, dropping Tom Robertson and Sekope Kepu to the bench and replacing reserve hooker Tolu Latu with the uncapped Folau Faingaa.

"Allan has merited the opportunity ahead of Keps there, and Keps is going to have to respond now," Cheika said.

"I think Allan's work ethic has set a standard that Keps has got to chase, go after it."

In the backs he swapped Dane Haylett-Petty out to fullback to replace Israel Folau (ankle) and put Jack Maddocks on the wing for his second cap and first Test start. Brumbies fullback Tom Banks comes on to the bench for a potential Australian debut.

The All Blacks also sprung some surprises, bringing in to the back line Jordie Barrett and Ngani Laumape to cover for the injured winger Rieko Ioane (hamstring) and inside centre Ryan Crotty (concussion).

Ioane was expected to make way for Nehe Milner-Skudder but Hansen switched Ben Smith to the right wing, Waiseke Naholo to the left and named Barrett at fullback. Pocket rocket Laumape will make his second Test start at No.12.