Home » Sport » Test squad to be spared from domestic one-dayers

Australia’s Test players won’t feature in the first handful of domestic one-day matches with Cricket Australia opting to keep them in Brisbane for a training camp ahead of departure for the United Arab Emirates.

The JLT one-day series begins in little over a fortnight, with early matches split between Townsville and Perth. Victoria begin their campaign on September 16 against Queensland in Townsville, the first match of the tournament, before another game on September 19 against Tasmania. 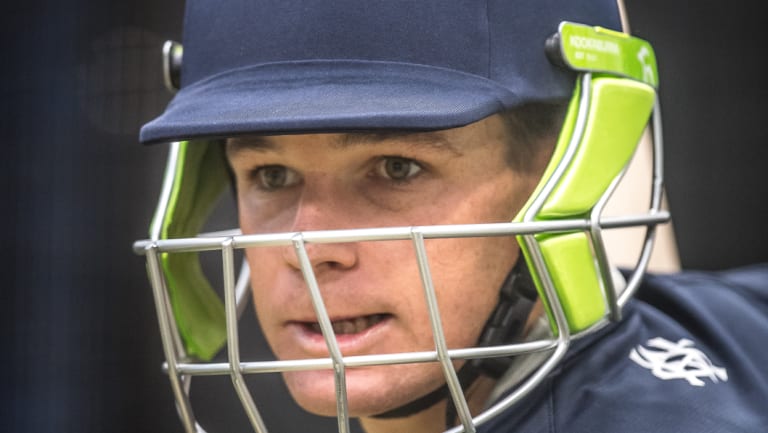 Peter Handscomb won’t play for Victoria early in the season if picked for Australia.

The squad for the two-Test series against Pakistan doesn’t depart until September 19, however CA have clarified to states that players picked for the Test tour won’t play in the domestic competition before their departure, instead convening in the Queensland capital.

The schedule for the tour of the UAE was only released this week by the Pakistan Cricket Board. Australia will have an extended period of acclimatisation before their only pre-Test warm-up match against Pakistan A in Dubai, a four-day match which begins on September 29.

The first Test starts in Dubai on October 7, with the second Test in Abu Dhabi starting on October 16.

Crunch time has arrived for Australia’s fringe players, with the first of two four-day matches between India A and Australia A beginning in Bangalore on Sunday. The matches are being pitched as auditions for spots in Australia’s Test squad for the UAE, which is not expected to be named until the selectors have had a chance to look at how the likes of Kurtis Patterson, Chris Tremain, Michael Neser, Joel Paris and Alex Carey perform in Asian conditions.

The suspensions to batsmen David Warner, Steve Smith and Cameron Bancroft, as well as injuries to quicks Pat Cummins and Josh Hazlewood, mean there are abundant spots up for grabs ahead of the UAE tour.

Usman Khawaja, Travis Head and D’Arcy Short were among the best performed of Australia A’s players in the just-completed quadrangular one-day series in which Australia A lost the final to India B.