Thanasi Kokkinakis is one win away from claiming the title in California on the second-tier ATP Challenger Tour after a straight-sets semi-final victory over Thomas Fabbiano.

The Australian fourth seed dispatched the Italian top seed 7-5, 6-1, his best win of the four so far in California. 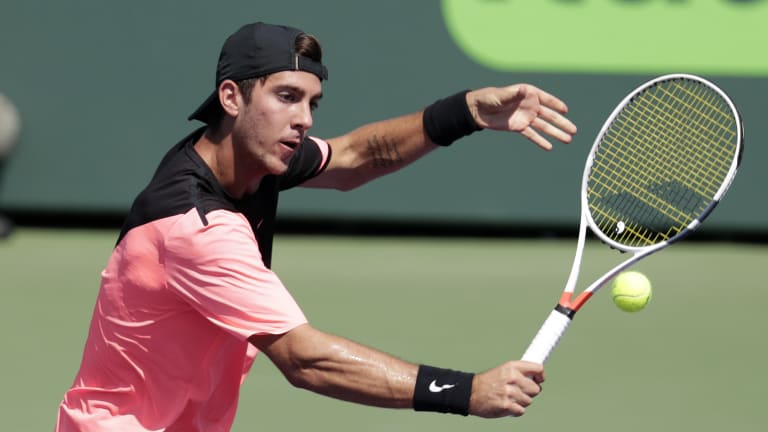 Close to the title: Thanasi Kokkinakis.

The tournament's past winners include Pat Rafter in 1993, the first of five Australians champions – the others are Michael Hill in 1999, Chris Guccione in 2009, Marinko Matosevic in 2010 and John Millman in 2015.

The 22-year-old Kokkinakis recorded the biggest win of his career in March when he defeated then world No.1 Roger Federer at the Miami Open but has failed to repeat that performance in subsequent tournaments.

Kokkinakis – who three years ago reached a career-high ranking of 69 – has slipped to world No.268 after a succession of injuries and a recent early exit at the Los Cabos Open.

He is projected to move up at least 35 places irrespective of the result in the decider.

His opponent in the final is in-form world No.161 Lloyd Harris.

The unseeded South African is through to his second final in succession on the ATP Challenger Tour.