Max Whitby, long and lean and only 17 years old, bursts through the doors of the Texas Tavern in Kings Cross, shoots down the stairs and into the bottom bar with the afternoon sun streaming in behind him. 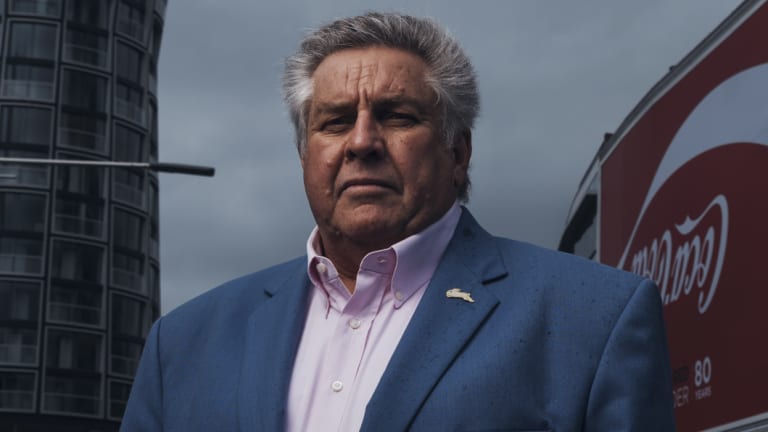 Max Whitby: The Kings Cross and racing identity who is gunning for Everest glory.Credit:James Brickwood

If he finds the bloke he’s looking for, he’ll belt him into the middle of next week.

It’s Easter,1968, and Whitby has come down from the bush to groom his boss’s cattle at the Royal Easter Show. When he arrived, he found them wallowing in their own shit; all that hard work preparing them before they’d been loaded into the truck had been for nothing.

The bloke who was supposed to care for them said to meet him at the Texas Tavern.

“Where the f…k is he?” Whitby huffs again.

Standing at the bar is a middle-aged Texan-born American in an immaculate suit cradling a scotch and soda. His name is Bernie Houghton, who owns the Texas Tavern and the Bourbon and Beefsteak on Darlinghurst Road. He’s a bootlegger, a restaurateur and a suspected CIA operative.

Houghton takes one look at Whitby. He likes what he sees.

“Right away,” Whitby recalls, “Bernie became the main influence in my life. He was a collector of lost souls, and I was one of them. I was washing dishes at the Texas Tavern that night — and I never looked back.” 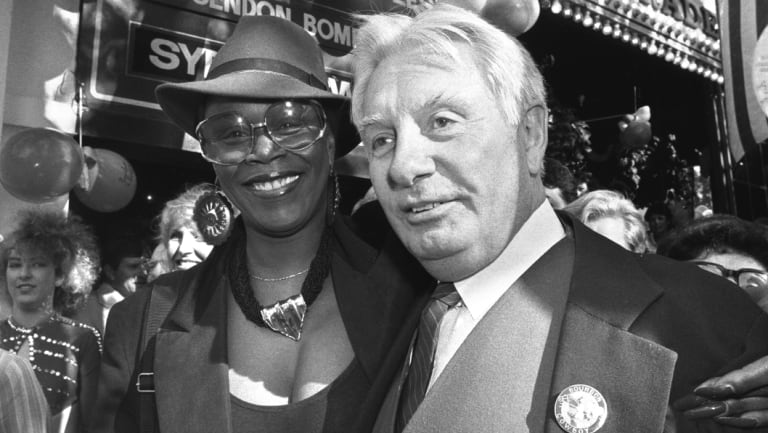 This was supposed to be a story about racing but it’s actually about Sydney and how she once rolled.

It’s about Kings Cross in the 1960s and 1970s and all its Runyonesque characters: the crims and the coppers, the prostitutes and the premiers, the drag queens and US soldiers coming off the ships from the Vietnam War looking to get loose.

It’s about the nightclubs that didn’t have front doors because the bars went 24-7, with doormen in dinner suits bouncing pissed blokes down the steps with one hand while serving breakfast to those still going with the other.

It’s also about a kid from Bangalow on the NSW northern rivers who was abandoned by his mum and dad and then raised by his grandparents; who became a ward of the state, bouncing around boys’ homes and foster homes; who went from washing dishes to becoming a self-made multimillionaire and successful stockbroker; who currently owns more than 120 horses, including 2004 Cox Plate winner Savabeel; who shares one of the $600,000 video slots in today’s $13 million The Everest at Royal Randwick.

So maybe this story is about racing.

Whitby, who shares the slot with Black Caviar owners Neil Werrett and Colin Madden, will fire up the Kris Lees-trained Graff in the 1200-metre race.

It’s taken some time to find the lightly raced colt.

Whitby didn’t want Vega Magic, his horse from last year that should’ve beaten Redzel if not for a horrific ride from Craig Williams. He wanted Menari — before he broke down. He wanted Chautauqua — before he was retired because he wouldn’t leave the barriers.

He was eyeing off other horses but reckons he missed out because of an underlying snobbery from owners who wanted to link with more “dignified” slotholders, which includes leading breeders and casinos and betting operators and global racing operations. 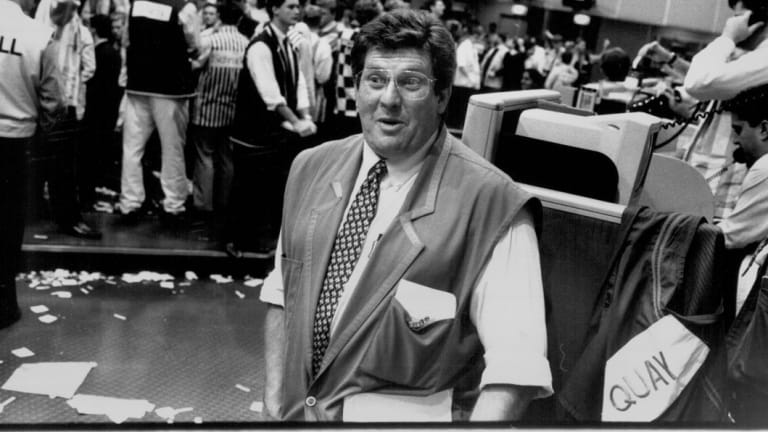 Eclectic career: Whitby, on the floor of the Sydney Futures Exchange in 1993. Credit:Quentin Jones

Does he ever feel like racing’s elite look down their nose at him because of his humble beginnings?

“Of course, I do,” he says. “I know what some of them say under their breath – and I don’t give a f..k. I love it. Mate, I’m going alright. I’m not fighting with anybody. I can buy what I want, drink what I want. I’m a knockabout and proud of it. Doesn’t bother me at all. When they get to know me, I’m pretty good fun. You work in Kings Cross for a hundred years, you tend to be a bit human.”

Racing people know Whitby, 68, as the larger-than-life character with slicked-back silver hair who wears colourful suits with a starched shirt collar. Tinted horn-rimmed glasses complete the picture of a man not to be played.

He’s a legendary punter who struggles to find a bookie who will take him on. “I don’t do form,” he says. “I bet late, and I bet big.”

Over a very long lunch at China Doll at Woolloomooloo Wharf last week, Whitby describes a world and life that seems like something out of a movie — or Runyon’s Guys and Dolls.

As soon as he could leave school at 14, he was out the door — “Like Zoom Top out of box eight” — and hitch-hiked to North Queensland, sleeping in graveyards and strangers’ sheds. He was his own man long before he was one.

Working for Houghton, he never had a day off and quickly climbed his way up the ranks of the empire. Whitby, like most people, simply called Houghton “the Old Man”. 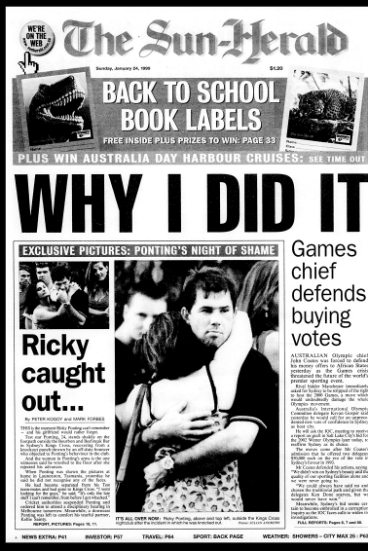 He paid for Whitby to have his teeth straightened, put him in an expensive dinner suit and sent him to Harpoon Harry’s Tavern on George Street.

“I had a liquor licence before I could legally drink,” Whitby chuckles. “It was never dull in our world. You’d be serving steak diane, then knocking blokes out, all in a dinner suit. We’d rub shoulders with international acts like Burl Ives, Shirley Bassey, Jose Feliciano, Carlotta … Bernie liked theatre, he liked colour, he knew interesting people attracted interesting people.”

Whitby stayed with the Old Man until 1977, spending time in Melbourne for a while after he was “tapped on the shoulder” and advised to leave Sydney, although he doesn’t elaborate why. He started dealing in gold bullion, and then stockbroking and trading, before the stock market crashed in 1987 and he went back to working for Houghton.

“I knew you’d come home one day,” the Old Man said to him.

Coming home meant looking after the Bourbon and Beefsteak. In January 1999, Australian cricketer Ricky Ponting appeared on the front page of the Sun-Herald standing outside the bar with his arms around an unknown woman and sporting a black eye after getting in a fight.

Security had called Whitby to ask if they should bounce the biggest name in Australian cricket out the door — and they did.

“I got the call about 4am,” he recalls. “It’s very important in our world that we have control.”

Rebuilding his wealth through the stock exchange gave him the bank needed to buy and race horses. He teamed with legendary New Zealand trainer Graeme Rogerson to win the Cox Plate with Savabeel, and still retains shares in him at stud.

“I like the bloke,” he says of Rogerson. “He’s a pusher and a shover and if you get inside he’s got a heart that big. But he’s fearless.”

“At Rogey’s father’s funeral, from the pulpit, he goes, ‘Now all you people here. You know those books you sign as you come in? Make sure you put your email addresses in them because you might want to buy a horse’.”

He likes Rogerson because he knows where he stands with him. Whitby is renowned in the racing industry for putting his hand in his pocket when someone needs help. But he can’t cop someone taking what they don’t deserve.

“I’ve been paying somebody something my whole life,” he says. “That’s what pissed me off as a 12-year-old kid when I was a ward of the state. When I found out people were getting paid to look after me, it poisoned me. I never had any love in my life. Until I met Jen.” 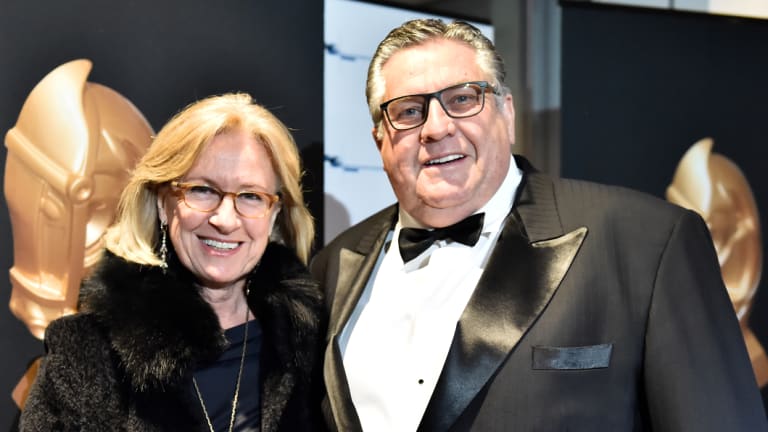 First love: Max with wife Jen, whom he met on his 21st birthday.

He met Jennifer at Harpoon Harry’s on his 21st birthday. When he got tapped on the shoulder and forced out of town, they married in Kirribilli and drove south.

“She never swore,” Whitby says. “But when she did she’d look at me and say, ‘Listen, you’re not at f..king work now’. I got very lucky with her.”

Just over a year ago, Jen felt a twinge in her back. She thought she’d pulled a muscle but an MRI scan revealed the devastating truth: it was cancer. “It started in her pelvis and went right through her,” Whitby says.

When he won the Cox Plate, nobody was happier than her. “She loved Cox Plate Day because it was what we had been building towards for so long,” he says.

The race Whitby has wanted to win the most, though, is the Grafton Cup; for many reasons and not least because he grew up in the area.

He’s had a handful of favourites over the years, and even had one scratched at the barrier, but it’s always eluded him.

In July, he had First Crush, which is trained by Chris Munce, the former jockey who piloted Savabeel to his Cox Plate win.

Whitby wasn’t in Grafton when they jumped. He was in Sydney because Jen was too sick.

“We won the Cup, honey,” he told her but she was too medicated to understand.

Ten days later, Jen died. Whitby and his family, including daughters Kate and Elisha, scattered her ashes into Sydney Harbour on Sunday.

The Cross barely resembles its former self. Any minute now, The Bourbon will be turned into apartments. The Texas Tavern is long gone and now a fancy Greek restaurant. Harpoon Harry’s burned down decades ago. 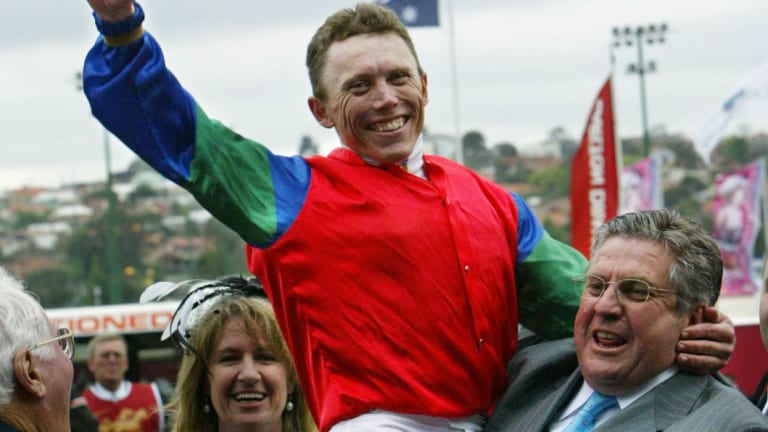 Houghton died in 2000. Whitby fought council to ensure a bust was erected in Fitzroy Gardens, not far from the front doors of The Bourbon, in honour of him.

“Jen often said, ‘Other than making a man of you, Bernie taught you the world’,” Whitby says.

The party might have slowed but it doesn’t have to end. If Graff salutes today, there will be no shortage of people wanting to buy Whitby a beer. He’s easy to have one with.

As our lunch starts to wind up, some of the heavy hitters from a leading European stable, who have been eating at another restaurant, walk past.

“Max, why don’t you come to our box tomorrow at the races?” one of them asks.