KOFI KINGSTON talked Big E and Xavier Woods out of quitting WWE despite the New Day star getting screwed again by Vince McMahon.

The 37-year-old much-loved superstar shocked the world on SmackDown as he successfully emerged triumphant from a five man gauntlet match to seal a WWE Title shot at WrestleMania. 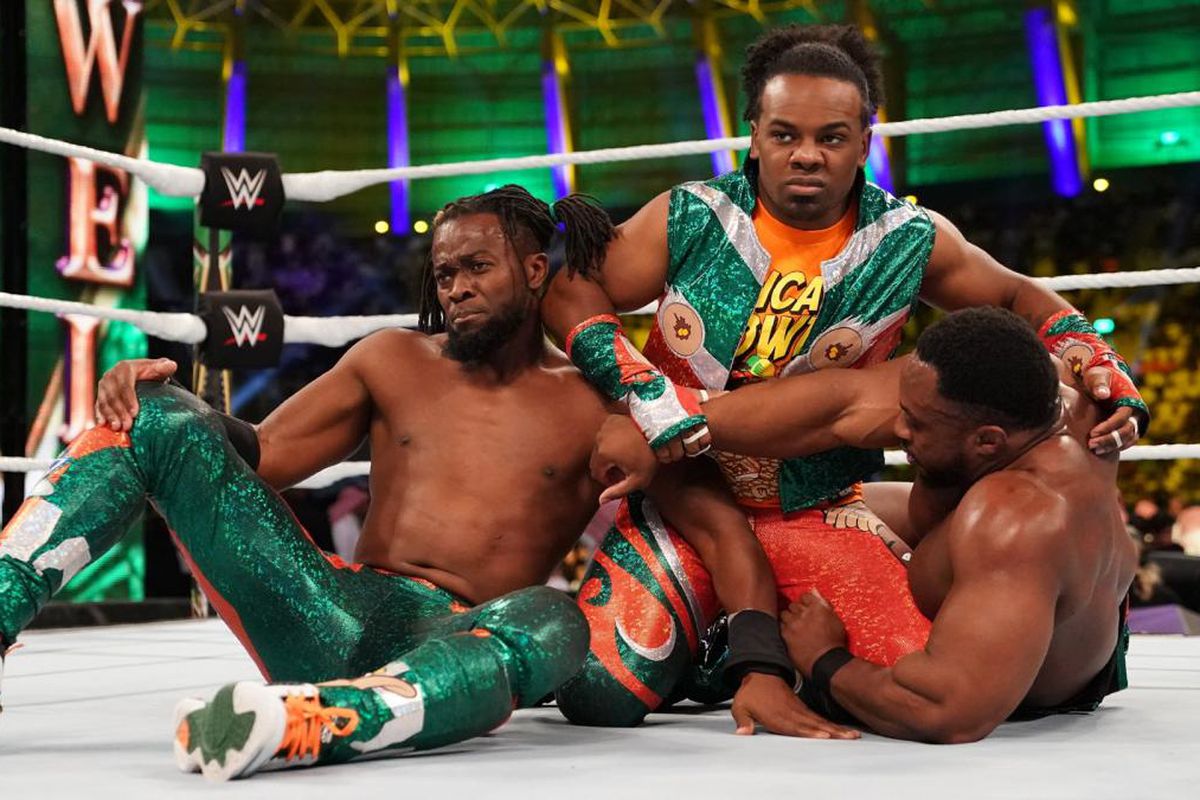 But as he was joined by his colleagues in the ring, WWE’s owner emerged from the back to reveal one more opponent – the champ Daniel Bryan.

Bryan made quick work of the exhausted to wreck the veteran’s hopes and dreams, and the fury of his fellow New Day members at the shocking twist has been revealed.

A WWE exclusive video has been released that shows Big E and Xavier back were ready to walk out on the company – only to be convinced to stay by Kingston.

“You'll punch through that glass ceiling, they'll just put another one there. It doesn't matter. What else have we done here, what more do we have to do here?”

That prompted the duo to ask each other why they remain with the company, with each man agreeing they should quit.

But Kingston had other ideas as he hold his friends to stay strong.

He said: “If we quit then Vince wins, then Daniel Bryan wins. We can't quit, not like this.

“I think we just need to take some time and figure it out.”

He later Tweeted: “I am physically, mentally, and emotionally exhausted. I want to thank everyone of you wholeheartedly for all of your support.”

The situation regarding the WWE Title remains up in the air as Bryan is still without an opponent for WrestleMania on April 7.

But the whole of the WWE Universe remains clear on exactly who they want to see – but it remains to be seen whether their vocal support will help convince McMahon to give Kingston his shot.

WRESTLEMANIA 35 – How can you be there?

ALL rise for The Showcase Of The Immortals!

WWE's annual showpiece WrestleMania takes place on April 7 from the MetLife Stadium in New Jersey, but when can you get tickets for it?

And what is the best way to get there from the UK?

Click here to find out all you need to know so you can start planning your trip.