You are the Storm, Souths, Roosters, Sharks or, even better, the Dragons, and you have just won the NRL grand final.

The premiership rings have been handed out, the speeches made, the Clive Churchill Medal awarded to the fourth best player on the field. 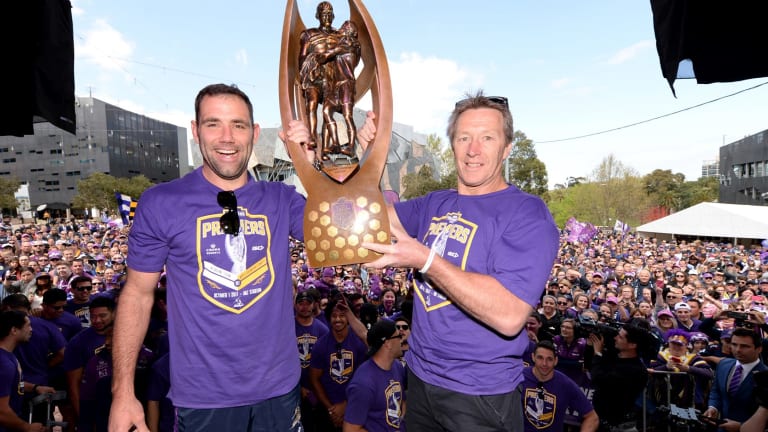 Are you going to buy that? Melbourne paid $20,000 for their premiership trophy.

Then your captain is handed the Provan-Summons Trophy, he lifts it towards the heavens, his teammates and coaches storm the stage and then they are covered in glitter. Yay!

What happens next? The NRL asks for a cheque of up to $30,000 if you want to keep the trophy. That’s right: the team that wins the title must pay for their own trophy. I’ve heard of trying to buy a premiership, but this is ridiculous. Only in rugby league.

The issue came to light when Roosters director Mark Fennessy was preparing the dinner held on Monday to celebrate Nick Politis’ 25 years as chairman.

“We were looking at how we dressed the room for the evening,” Fennessy said. “I said, ‘Let’s have the two trophies we’ve won during his chairmanship on a stand behind him'. [Roosters chief operating officer] Jarrod Johnstone said, 'We don’t have the trophy from 2013'. ‘Why?’ I asked. ‘Because the club refused to pay $18,000 to have it remade,” he said. ‘What do you mean? They don’t give it you?’”

Turns out the NRL does not. Turns out clubs get to hold onto the Provan-Summons trophy for a few months before they have to hand it back. Then, if they want one for themselves, they must pay.

All the other premiers since 2013 confirmed they coughed up, although all of them were as mystified as the Roosters about having to do so.

Souths co-owner Russell Crowe bought an additional one for his bar. Cowboys chairman Laurence Lancini splurged on one for his office. Given how deep Politis’ pockets are, he could’ve bought 500 trophies but decided against it on principle.

The premiers receive $400,000 in prizemoney but we're told most of that gets sucked up in player bonuses, street parades and the like. "You are better off commercially to finish third," Fennessy said.

The idea to charge clubs for the trophy started in 2010 before the game was flush with money from billion-dollar TV deals. An NRL spokesman said clubs retained the trophy for the year after their victory and had the option of purchasing a replica to keep permanently.

“Clubs have the option to use part of this to purchase a replica trophy for between $15,000 and $30,000 depending on the materials used,” he said. “It is common practice for sporting organisations to retain the trophy and inscribe the name of the winning club on it.”

We checked with the AFL and it confirmed it does not charge its premiership winners for their piece of silverware.

“We definitely pay for the trophy each year but I think the club pays for the engraving from what I know,” an AFL spokesman said. “The engraving is a couple of hundred bucks.”

Politis was in a jovial mood when this column called him hours before the intimate event held in his honour.

“Bloody Gus!” he said. “He’s stolen the thunder on the day of our big event.”

He was joking, of course.

Only a few hours earlier, Panthers general manager Phil Gould had sacked coach Anthony Griffin. Gould still fronted the dinner and spoke about Politis, his long-time friend and mentor, with great affection when it came time for the after-dinner speeches.

“But he was distracted,” said one attendee. “He was making a lot of phone calls.”

We wonder if Politis suggested to Gould that the Penrith board should pay Griffin's $1 million settlement out of their own pockets, just as Roosters directors did in 2007 when coach Chris Anderson was sacked midway through the season?

Former ARL chief executive John Quayle, who shares a farm with Politis in the Hunter Valley, became quite emotional when he spoke about the Roosters patriarch.

The pair have known each other since the 1970s when Quayle ran Easts Leagues Club and Politis’ City Ford came on board as the game’s very first jersey sponsor.

Benny to Penrith? Pass the popcorn …

The news that Penrith has made a bold bid for Wests Tigers coach Ivan Cleary to replace Griffin shocked all of us. As this column wrote earlier this week, all’s fair in love and rugby league, but if Cleary leaves the Tigers, with two years to run on his deal, it hurts the game.

What has really left mouths agape is the suggestion the fallback option is Wayne Bennett, who the Broncos are desperately trying to push out the door at Red Hill with one year to run on his deal.

(Honestly, these clubs back coaches like some of us back horses).

What’s so surprising is that some at Penrith tried to pin the “speculation and rumour” that surfaced during the off-season about Griffin’s job being under threat squarely on Bennett.

If it does happen, that will mean Gould will suddenly become Bennett’s boss. Pass the popcorn. And a choc-top.

Griffin’s sacking is another reminder of something we all learned long ago in this game: people lie. Through their teeth.

Did Griffin "lose the players", as we've been led to believe by Penrith types? We’ll settle for “some” not “all”. Griffin got angry at Gould getting involved in football. Fair enough. But maybe if Griffin listened to some of his advice, he might still have his job.

How the Bunnies bounced back thanks to Crowe

Souths coach Anthony Seibold is receiving much of the credit for the foundation club’s resurgence this season but much of it rests with the foresight of co-owner Russell Crowe to convince Shane Richardson to come back as football manager.

Richardson made the tough decision to pull the trigger on coach Michael Maguire last year. The result is there for all to see: Souths lead the competition heading into their clash with the third-placed Roosters at ANZ Stadium on Friday night.

Under former chief executive John Lee, Souths had turned into a basket case. Their salary cap was a mess, the Burgess twins looked uninterested and the players were growing tired of coach Maguire’s authoritarian style. 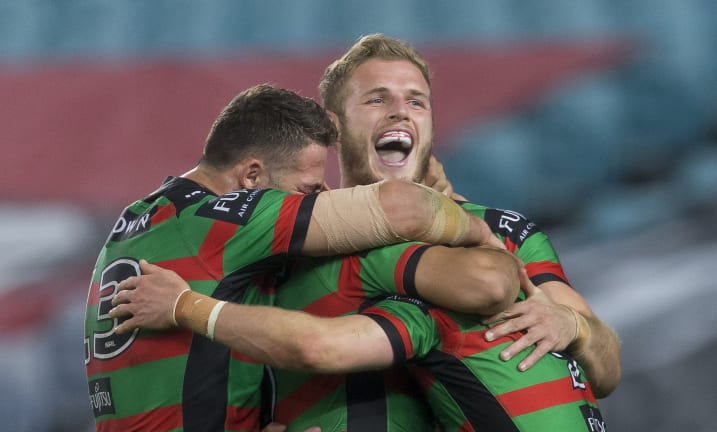 Glory, glory days: The Rabbitohs have had plenty to smile about again this year.

Richardson had left Souths after they won the comp to become head of development at the NRL but returned when Crowe called him and pleaded with him to come back. Richardson could see where the NRL was headed under the direction of chairman John Grant and left.

When Richardson returned, he said of Souths: “This isn’t about a clean-out but a rebuild.”

Richardson has said before that the decision to sack Maguire was “the hardest of my life” but it has turned out to be the right one.

Seibold has the “Burgi” firing again. He made the right call to make Damien Cook the first-choice hooker ahead of Robbie Farah, who appreciated at the very least where he stood this season. Greg Inglis is happy playing in the centres.

The looming issue for Richardson is Seibold’s future. The rookie coach is said to be on something like $250,000 a season and is off contract at the end of next year. The Broncos are circling, even if Seibold insists no conversation has occurred. The offer at Red Hill is said to be huge.

More popcorn. And a choc-top. And a frozen Coke.

We speak to the former secretary of the Maitland Pumpkin Pickers ahead of the NRL's Women In League Round. The Pickers are currently leading the Newcastle competition.

Norma, when I covered the Pickers in the 1990s, you ran the club with an iron fist …
I did. I was the first woman to hold the role in Maitland rugby league and the first in the Newcastle rugby league, which was a shock to a lot of the men at the time. It had always been a male domain. There were a few from other clubs who didn't think we could succeed. But most of them accepted me and I made some wonderful friends.

Why did you take the job on?
I'd retired from teaching and I was on the Pickers' committee. All of a sudden, I became secretary and I stayed there for nearly 10 years. [Norma's husband] Eddie and I worked our guts out along with the other committee people. My son, Frank, is now the president. 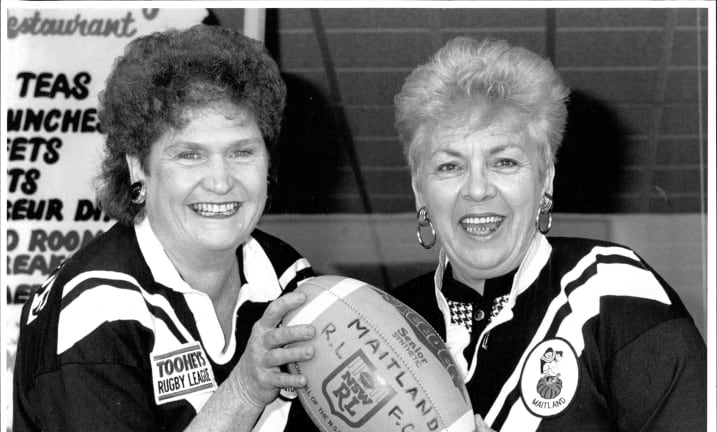 Signing Steve Storrie as captain-coach from Wests was a coup back in the day.

I'm told that many of the clubs in Newcastle are now run by female officials …
That is the case. Women are and have been the sole backbone of many clubs. After I became secretary, it wasn't long before other women came in too. Women play an important part in rugby league. We smooth and soften men, who are used to getting it their way with everything. We are more logical. Men have to accept that we do have ideas. A lot of these women who are on TV are very knowledgeable and men have to accept it.

Who's your favourite?
I like them all but I do like Yvonne Sampson. She stops and thinks and knows what she's talking about. 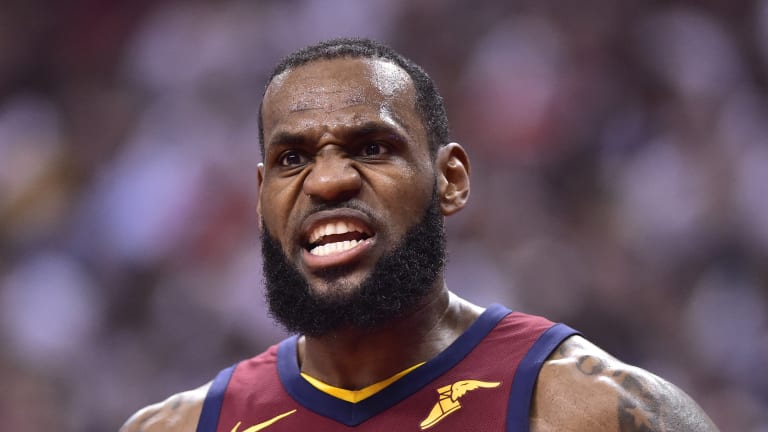 “Who’s the real dummy? A man who puts kids in classrooms or one who puts kids in cages?” – CNN’s Don Lemon responds to US President’s Donald Trump’s tweet questioning the intelligence of NBA star James LeBron, who accused Trump of using sport to divide the country.

Is Billy Slater, who has announed he will retire at the end of the season, the best fullback EVER? He'd have to be on the podium. One of his greatest fans was the late AFL great Tom Hafey, who told your humble columnist several years ago that he thought Slater was the ONLY player who could be a "superstar" playing both footy codes if he wanted to be.

Chautauqua fans were left devastated when the champion sprinter failed to jump out of the barriers at a trial at Rosehill, leaving his career in serious doubt. I sense that if the “Grey Flash” could speak, he’d probably say something like: “I’ve had enough. I’m eight years old. I’ve won you $8 million. Send me to stud even though I’ve been gelded. Thank you and goodnight.”

It’s a big weekend for …

Angus Crichton, the Souths back-rower who comes up against the club he will play for next year, the Roosters, at ANZ Stadium on Friday night. He’s handled himself like a pro all season.

It’s an even bigger weekend for …

Olympic 100m freestyle champion Kyle “no dramas” Chalmers, who comes up against American world champion Caeleb Dressel in the Pan Pacs in Tokyo on Friday. Should be a ding-dong battle.