MANCHESTER CITY and Liverpool could be involved in a historic Premier League play-off tie to decide the title should the duo both slip up on Sunday.

Pep Guardiola's men are on course to become the first side since Manchester United in 2009 to retain the title thanks to Vincent Kompany's stunner against Leicester. 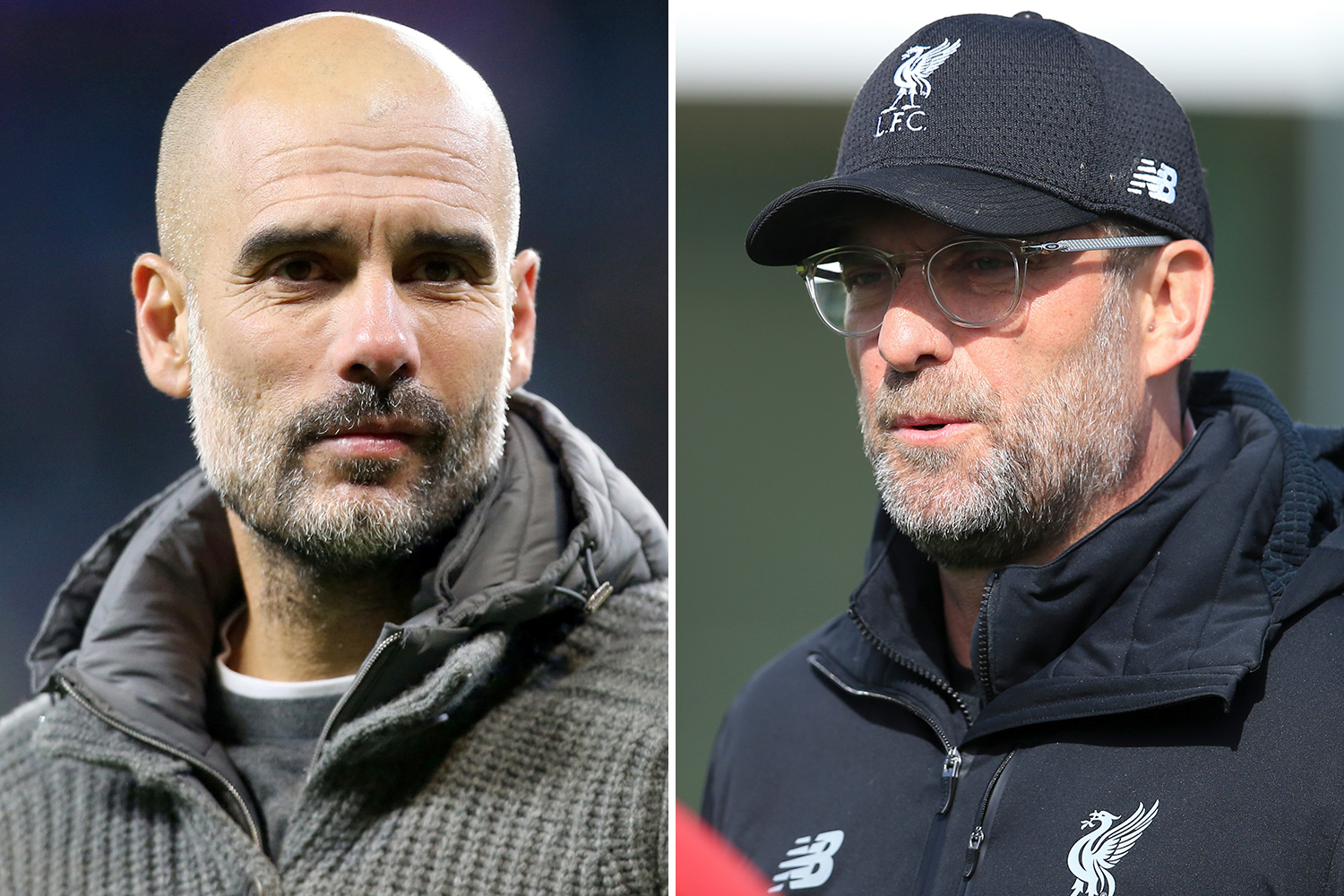 The Citizens currently sit just one point above the Reds in the table, and know a win against Brighton at the Amex Stadium will secure them their fourth Prem title.

While Jurgen Klopp's side are looking to win their first league championship since 1990, but know that it is out of their hands.

City also boast a better goal difference that the Merseyside outfit having scored four more goals, while the teams have both conceded 22 times.

The reigning champs sit on +69 compared to Liverpool's +65, who will be looking to smash then in against Wolves at Anfield on the weekend.

For the title to be decided by a first ever play-off match, Liverpool must draw 4-4 against Wolves to go level on goals scored with City.

While City have to lose 4-0 against the Seagulls which would leave both sides level on points, goal difference, goals scored and goals conceded.

Should the unthinkable actually happen, the match would be held at a neutral venue.

Should City win the Premier League, their squad could stand to share £15million in bonuses as a result of winning the domestic treble.

Guardiola's side beat Chelsea on penalties to win the League Cup in February, while they still have to face Watford in the final of the FA Cup.