Home » Sport » There won't be a player exodus if Barrett leaves, claims Penn

Manly chairman Scott Penn is adamant there won’t be an exodus of players following Trent Barrett out the door as the stand-off between the coach and the club continues.

Barrett fronted the media on Wednesday for his pre-game press conference but gave little away, citing legal reasons. The parties are working their way through an ugly split that has the potential to create a rift at the Sea Eagles. 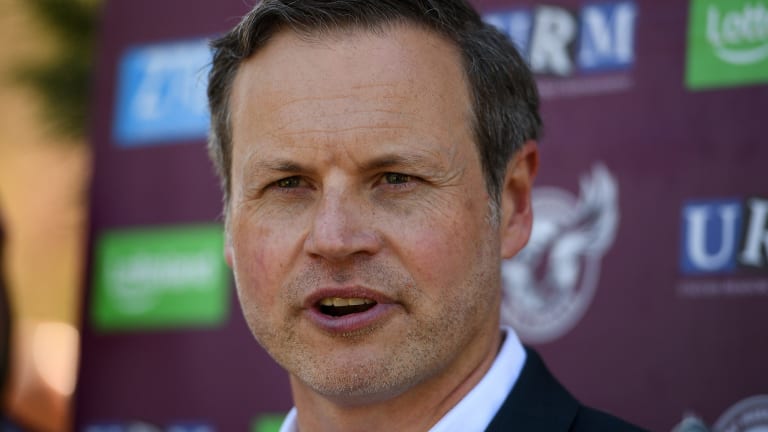 Standing his ground: Manly chairman Scott Penn is confident there won’t be a player exodus from Manly.

Captain Daly Cherry-Evans lent his heavyweight support to Barrett in an interview with Fairfax Media on Sunday, while it is understood several other senior players are also siding with the coach.

It raises the prospect of big-name departures from the Silvertails if, as expected, Barrett leaves with two years remaining on his contract. However, Penn said he expected his team to back the coach and that the issue wouldn’t drive a wedge through the club.

“The fact is the players obviously play for the coach and that’s what we want them to do,” Penn told Fairfax Media.

“We’d like to think they will play for the coach and respect the coach, whoever it is. Certainly, Trent is the coach and Daly is going to back him up. We understand that.

“We do have a bright future and the players know that.” 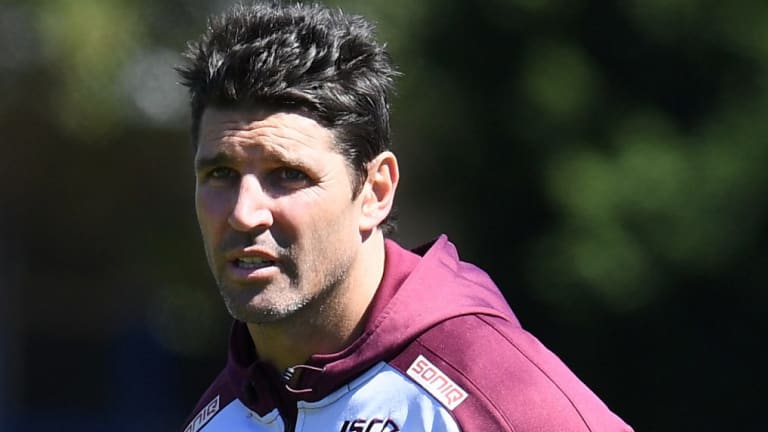 Future shrouded: Trent Barrett has kept the support of the playing group.

Cherry-Evans said on Wednesday night it was his intention to honour the entirety of his mammoth Manly deal even if Barrett walked, although he was unsure if his star teammates would follow suit.

“As for what the future holds, I’m certainly committed to the club,” Cherry-Evans told Fox’s League Life program.

“I’m not naive enough to think that I’m going to drift into the sunset happily ever after wearing a Manly jersey.

“I’ve said that from the beginning – I’d love that to be the case, but I’m naive to think that one day I might get a tap on the shoulder.”

Asked if he was concerned about the prospect of other players following Barrett out the door, the skipper replied: “Yeah, definitely. It’s a little concern. 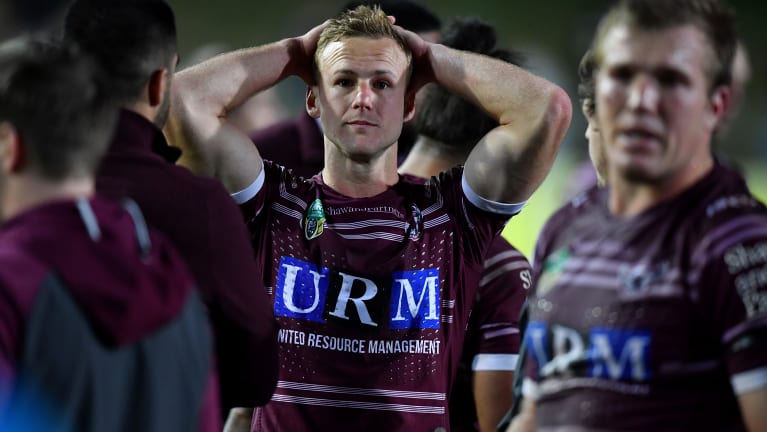 Staying put: Daly Cherry-Evans says he wouldn’t begrudge any teammates leaving the club, though he confirmed his intention to honour his contract.

“When turmoil hits, yeah sure, people want to come in and swoop and pick up a couple of the nice pieces that stick out …

“I certainly wouldn’t begrudge anyone else for looking at other opportunities. That’s always what I’ve been able to do, look after myself and put myself in the best position to play good footy. I’d never begrudge a teammate for going and doing something like that.”

Barrett had taken umbrage after Penn spoke publicly about his future, breaking a supposed agreement to keep the matter in-house until it was finalised. Penn, the majority owner of the Sea Eagles, defended his right to set the record straight on “misinformation” surrounding the franchise.

“There was a critical juncture where there was a lot of misinformation out there effectively where the football department was being pitted against the administration,” Penn said.

“That’s not an acceptable position because that’s not the case. We had to bring that to a head.

“The only reason we’d spoken out was because it was becoming untenable internally when there isn’t an issue. We needed to make sure we addressed that with information.

“There is no split. Obviously Trent wasn’t saying that and we weren’t saying that either, but other parties were suggesting it and it’s not the case.

“We had to come out and defend that.”

Barrett is considering his legal options amid suggestions he hasn’t been properly resourced during his tenure on the northern beaches. The Manly hierarchy has hit back at suggestions it is skimping on the football department. It is likely both parties will agree that the quality of the playing roster – one that contains Cherry-Evans, Martin Taupau, Dylan Walker and the Trbojevic brothers – isn’t an issue, despite the fact the club is in the running to claim its first wooden spoon.

“We have been disrupted by injury at critical times, which has been unfortunate. That’s bad timing more than anything.

“From a squad point of view, we’re certainly happy with our roster. We have been challenged at times from a depth point of view when some of those key injuries happen. That’s something we need to continue to review as we move forward. Certainly the nucleus of the squad is fantastic.

“We have lost eight games by eight points or less, of which six of them we were well in the lead at different points in the game.

“It has been one of those seasons, it really has.

“We have been the victim of two refs being changed after 20 minutes pulling hamstrings. Seriously. Then you have a back-up referee that comes in and has to come up with the pace of the game. Things like that don’t happen, but they have happened this year. It’s been one of those years.

“It’s one of those things we’re putting down to an anomaly and we’re focused on finishing the next two games and getting stuck into 2019.”

With Barrett almost certain to depart, the club will have to look at coaching replacements. Assistant John Cartwright, a former Gold Coast Titans coach, who is contracted to Manly for two more years, is the front runner.

Traditionally, Manly have opted for former players with outsiders enjoying only limited success. Asked if the next coach needed Manly DNA, Penn said: “It’s important to have someone who understands the expectations of the club and the deep culture that we have.

“Does that have to be someone who has to play for the club? Not necessarily. We need to make sure we have a lot of Manly people around in terms of past players and the like.

“We’ve already got a few of them with Chad Randall as an assistant coach; we’ve got the Beaver [Steve Menzies] heavily involved in and around the club.

“We’re making sure we have enough Manly DNA in the tent.

“It doesn’t have to be. Ideally it would, any club would desire to have people who have played for them. We’ve had Des and Geoff, but we’re a bit thin on the ground with options.”