Home » Sport » ‘They need to stand up’: JT’s advice for Broncos’ halves

Johnathan Thurston says the Brisbane halves need to lift their game if the Broncos are to pose a serious challenge in the NRL finals.

Thurston felt Anthony Milford and Kodi Nikorima were the weak link as his Cowboys ran over the top of their rivals to take his last Queensland derby on Thursday night. 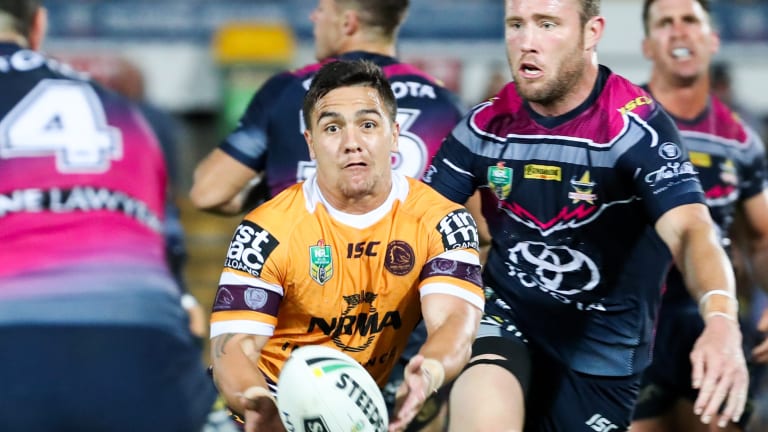 The Broncos pairing performed well as the club went on a run of five wins in six games up to Round 21, but the losses against the Bulldogs and Cowboys came with less stellar performances from their five-eighth and halfback.

Thurston was impressed with the Broncos' forward pack, which matched up well against the Cowboys for much of the game, and feels their outside backs pose a considerable threat.

But he says more is required from the halves if the premiership trophy is to return to Suncorp Stadium for the first time since 2006.

"They probably need a bit more work from their halves," Thurston said following his side's 34-30 victory.

"They've got a forward pack that lays a fair platform. When they gave the outside backs the ball at the right times they cut us up a bit on the edge.

"Their halves probably need to stand up a bit more."

The Broncos halves face two tough games as they look to regain their form, coming up against the Rabbitohs next Thursday and then an away trip to the Sydney Roosters.