Godolphin’s Kementari doesn’t have a win next to his name after two runs this preparation but looks primed as he rolls into Melbourne for Saturday’s Memsie Stakes looking to deliver on his promise with a weight-for-age group 1.

Although beaten in the Missile Stakes and the Winx Stakes, Kementari has returned sectionals that would usually deliver victories rather defeat. His record also suggests that third-up is when he peaks. 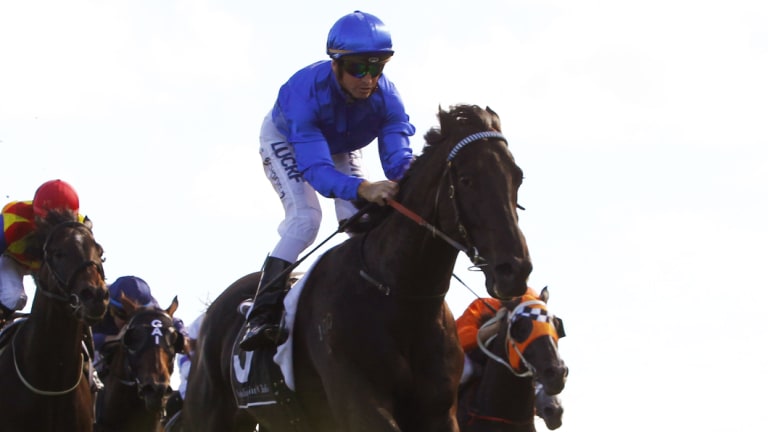 Third times a charm? Kementari is tipped for a big performance at Caulfield.

In the Missile, he was crucially held up in the straight and only just failed to gun down Pierata before running the third fastest last 600m for the day when he couldn’t match Winx a couple of weeks ago.

“I think he has run pretty well at his first couple of runs. He heads off to Melbourne and if he runs up to those he is going to be hard to beat,” jockey Glyn Schofield said. “He has had the experience around Caulfield [when placed in the Guineas Prelude and Guineas last spring] and this looks the right race for him.

“He has a middle draw and they tend to go pretty quick around Caulfield at 1400m, which will suit him. He is pleasure to ride – he looks great and feels great.”

Kementari has been made a $4.40 second pick at BetEasy with the Everest-bound Vega Magic the $2.70 favourite to repeat his victory of 12 months ago.

The Lonhro four-year-old arrives in Melbourne well into preparation and third-up has won the Randwick Guineas and was Caulfield Guineas runner-up last spring. He has thrived since his first crack at 1400m at the top level.

“He absolutely flew in a gallop on Tuesday morning,” trainer James Cummings said. “Coming into this race he’s been really bright, he’s come out of his last run in sensational order. There’s no doubt this is a very powerful weight-for-age field in the Memsie with horses like Vega Magic and Happy Clapper up against us. But I like the fact that he’s had experience at Caulfield, he’s trained very well and he’s gone forward with each run.”

Happy Clapper, which won the Canterbury Stakes first-up in autumn in track record time, is a $5.50 chance, while Lawrence Stakes winner Showtime is $11 for team Hawkes. 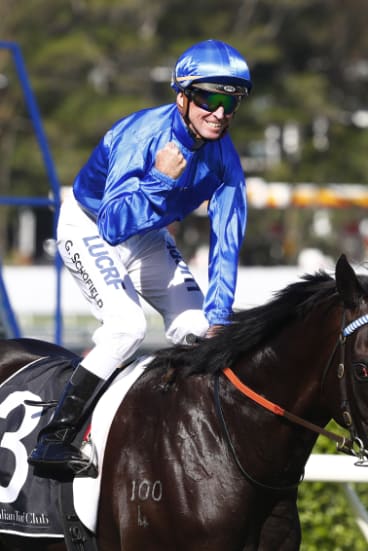 Happy in blue: Glyn Schofield returns on Kementari after the Randwick Guineas.

“You will go a long way to see a better or tougher win than his last time,” co-trainer Michael Hawkes said. “It is a fairly similar type of field and he gets his chance to win a group 1.”

Meanwhile, Chris Waller might have unveiled a Melbourne Cup prospect in High Bridge as part of another four-timer for the premier trainer at Canterbury on Wednesday.

It has been 25 years since Vintage Crop, which had a couple of goes over the jumps, came to Australia and took the Melbourne Cup back to Ireland and High Bridge is chasing a similar dream. He will be among the Melbourne Cup nominations on Thursday.

Owned by OTI, High Bridge had won six of 13 starts in National Hunt races in England, on the flat and over hurdles, and had never been in a race where he had jumped from a set of barriers.

“He’s a horse that I’d expect to go from strength to strength and the further he goes the better he'll get,” Waller said. “We’ll gradually step him up in trip and see how far we get this preparation.”