“It's better to retire a year too early than a year too late,” is an axiom that applies to players and coaches.

This is very relevant to two of rugby league’s greatest players, Johnathan Thurston and Billy Slater, both of whom hang up their boots at the end of the season.

Thurston, the celebrated Cowboys and Queensland pivot, finished his career on Saturday but, up until the final six weeks of the season, he has looked tired and slow, suggesting he’s retired a year too late. 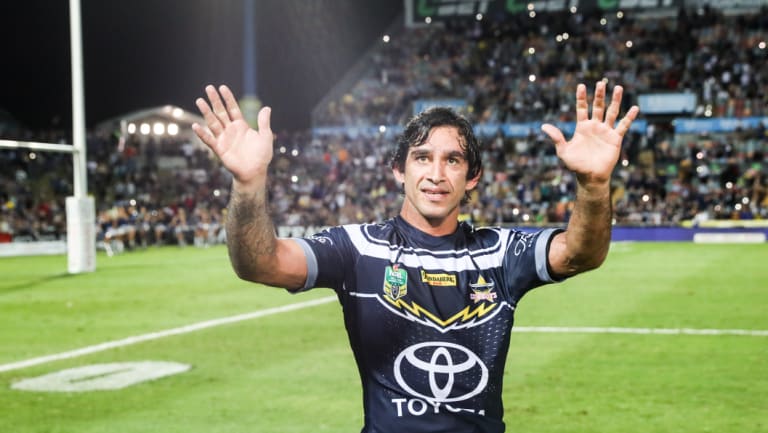 Slater, the Melbourne and Queensland fullback, expects to reach this year’s grand final with many, including his coach, Craig Bellamy, believing he could play another season.

However, despite Thurston’s ordinary form for most of 2018, when his team plummeted from grand finalists to also-rans, his place in history is assured.

Rugby league has always been understated about its Indigenous heroes. The code was the first to choose an Aboriginal at international level in any major national sporting team when Lionel Morgan, a winger, was selected to play against the 1960 French team. This was the era when Aborigines weren’t deemed citizens and, therefore, couldn’t hold passports. How many, prior to 1967 when this brutal ban was overturned by referendum, hid their Aboriginality in order to tour? Strings were pulled in Canberra for Morgan to tour with Australia’s World Cup team in 1960.

Arthur Beetson, an Immortal, a member of the Team of the Century and a Queensland and Australia coach, once told me: “I’m an Australian first, a Queenslander second and an Aboriginal third.”

Towards the end of his life, Beetson revised the order, but it took Thurston (and Souths’ Greg Inglis) to actually celebrate their Indigenous heritage, as opposed to merely acknowledge it. 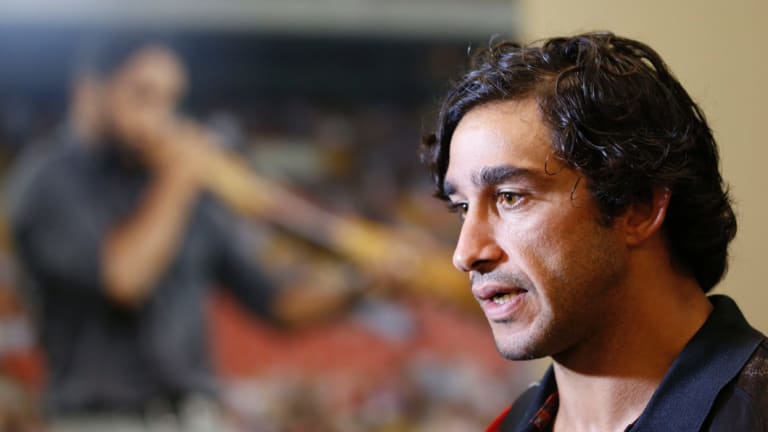 All Stars and all class: Johnathan Thurston has been a strong advocate for Indigenous causes.

Rugby league has had two opposing coaches in the State of Origin series with
Indigenous or Torres Strait heritage, NSW’s Laurie Daley and Queensland’s Mal Meninga.

The code has never trumpeted this. However, the AFL, despite not having the equivalent 11 per cent Indigenous representation in the elite competition that the NRL can boast, proclaims its Indigenous players and wins government grants.

Yet, compare how Thurston will leave the NRL to the exit of one of the AFL’s most prominent Indigenous players, the Swans’ Adam Goodes. 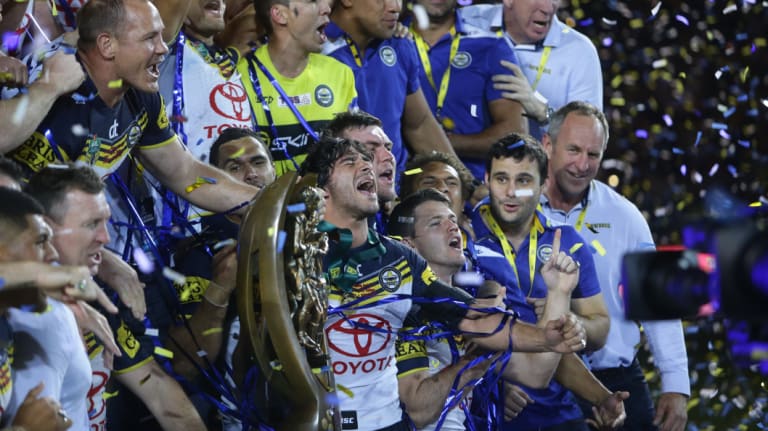 Champions: Thurston and the Cowboys celebrate their 2015 grand final win.

Thurston is universally loved, while the treatment of Goodes by AFL crowds is a stain on the game. While Goodes was relentlessly booed in his final season, Thurston engages with the crowd at the end of matches, gifting a youngster, often an opposition fan, his headgear with its Indigenous artwork. He respectfully hands the kicking tee to a ball boy, rather than toss it in his direction.

Goodes declined a lap of honour on grand final day at the MCG for retiring AFL players.

Thurston’s final match, an away game against the Titans, who are out of semi-final contention, sold out more than a week ago.

Both players have imposing records and have collected many awards, premierships and represented Australia. Goodes is a dual Brownlow Medallist and Thurston was the first four-time Dally M Medallist. Goodes was the Australian of the Year in 2014 and Thurston was Queensland’s nominee for the same honour in 2017.

Indigenous rugby league players have always felt comfortable about staking ownership in the game, be it their own inspired national Aboriginal knockout, Walgett’s Ricky Walford Shield, now into its 26th year, or the NRL’s pre-season Indigenous All Stars game.

Thurston has taken his people beyond stakeholders to embrace the concept and carried many white Australians along for the ride.

It’s been a natural, evolving process, rather than one artificially imposed by headquarters on a code. The generous spirited, non-divisive Thurston is its standard-bearer. His laugh resembles a cold motor starting and his smile seems as if it is lit from within, like a paper lantern. 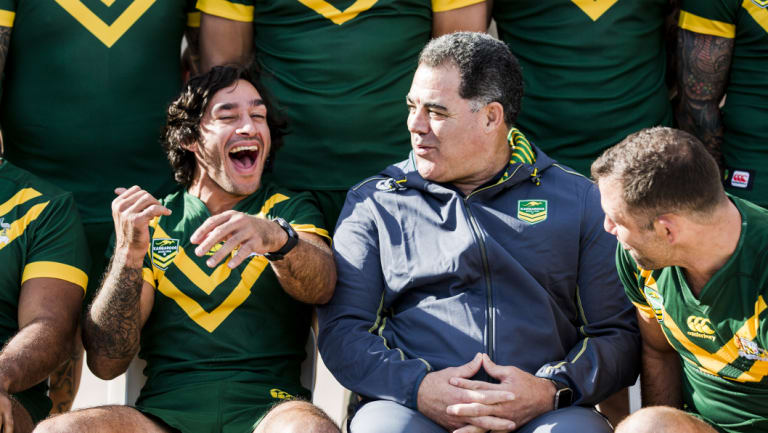 Jack Gibson would have described Thurston as “photogenic”. Now, while Jack was a great coach, he had a cryptic way with words, a method of speaking in riddles that forced the listener, usually a player, to slink away and engage in deep thought.

Jack’s understanding of “photogenic” meant being in view of the camera at all times. These were the days of the talent scout’s one-camera coverage of games; unlike today’s multi-camera capturing of the action.

Thurston would have been in every frame, in attack and defence, in the coverage supplied to Jack by his talent scout’s single camera.

Even today and in his final, exhausted season, you’ll see more vision of him than most other players on your TV screen. In other words, he plays on the ball. Whether it’s passing, running, kicking or tackling, he’s rarely out of the game.

The final instruction from many an Origin and NRL coach, as his team filed out onto the field, was to warn: “Don’t fall for JT’s show and go.” With it, and his clutch goal-kicking, he won more games in the final minutes than anyone.

On the night he created history – the Cowboys' extra-time grand final win in 2015 – it seems all of Australia watched. For weeks people would ask about it and I would tell them how great JT was. Some, mainly Victorians, would assume I was exaggerating, but that’s what greatness is, an exaggeration – of skill, endurance, charisma, decency, of the unifying acts on and off the field. Memories that will endure long after his final game.