Spurs have asked for special dispensation to stage their third round tie with the Hornets at Stadium MK because their new stadium opening has been delayed by problems with the safety systems. 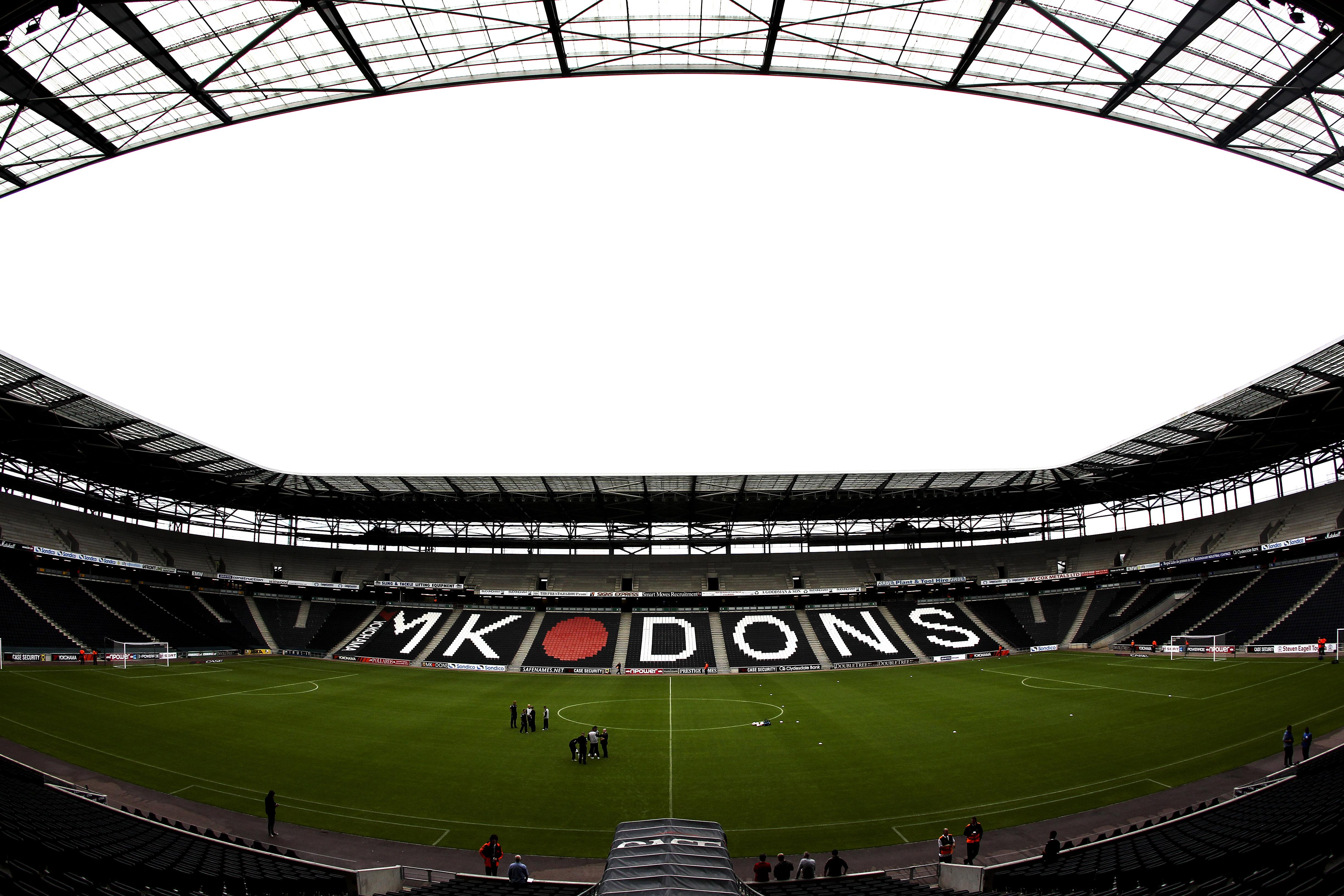 The Tottenham Hotspur Supporters' Trust last night issued a statement saying they will not attend the game in solidarity to AFC Wimbledon fans, who were left dismayed when their club was uprooted to Milton Keynes.

They also urged fellow supporters to follow their stance – which has led to a split among Spurs fans, some even THST members, who are angry at the call to turn their back on the team.

The Trust statement said: "As a supporters’ organisation, we would obviously not be happy to see our club’s home games moved to Stadium MK.

"Should the game go ahead, we would urge fans to consider the history of the MK club and the views of our friends at AFC Wimbledon. 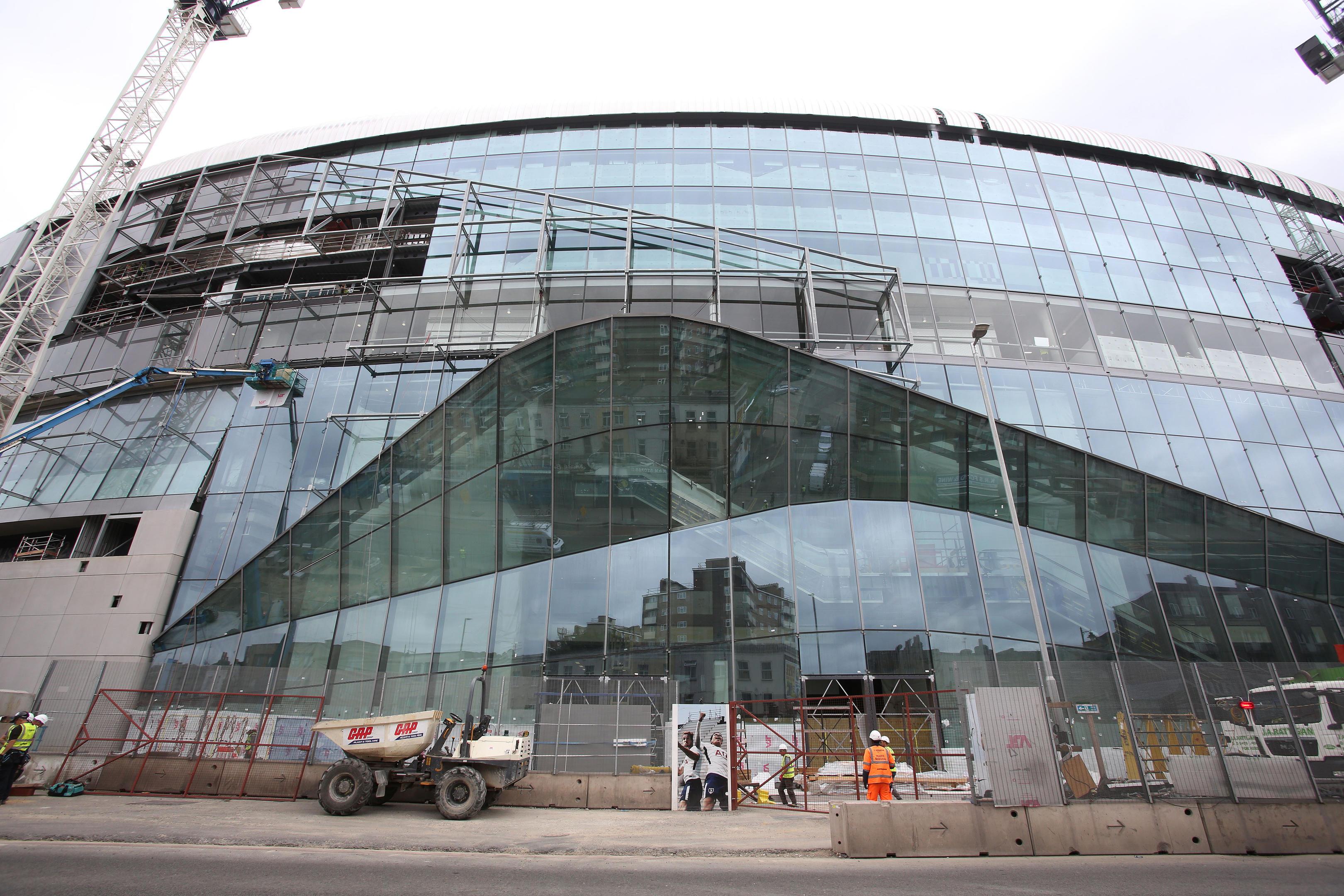 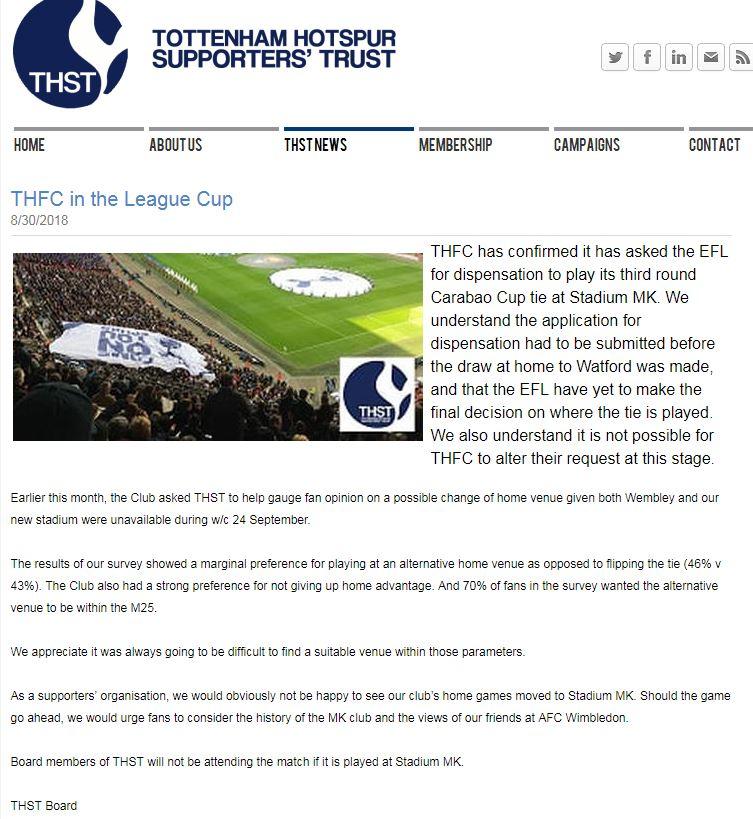 "Board members of THST will not be attending the match if it is played at Stadium MK."

But after publishing their statement on social media, some rounded on the group for not representing the true feelings of the supporters.

Fan @hengy wrote: "You shouldn't be asking fans not to go, which is what you are basically doing. Actually pretty disgusted by this."

And Mike Pinkney wrote: "Pretty pleased that I haven't renewed my membership. You certainly don't speak for me on this."

Supporters' Trust member Tracey King said: "This should not be put across as a Board position – it is your personal position, as was the letter to Daniel Levy over transfers.

"I am regretting joining the Trust recently if this is how you go about things. This is not representing me, or how I feel about the club."

And @E17YIDDO added: "The playing side are pawns in the mess and for THST to encourage fans not to attend is wrong based on their views regarding AFC Wimbledon and MK Dons.

"You either support our players or you don't. Abysmal attitude THST #shameful"

The Trust responded to criticism by insisting their statement was an executive decision taken by its nine-person board, and was not a universal call for a fan boycott.