Canberra Capitals forward Kelsey Griffin's been picked for the Australian Opals' World Cup squad. Now she just has to pass the medical.

Griffin was one of two Capitals players picked in the Opals squad for their upcoming training camp at the AIS beginning next week. 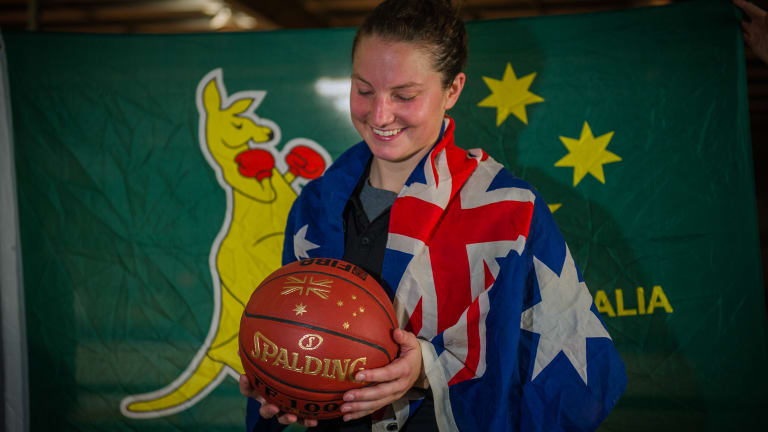 Kelsey Griffin has been named in the Opals’ World Cup squad – now she just has to be passed fit.

Capitals guard Leilani Mitchell was also selected and one of a number of WNBA stars in the squad, along with Liz Cambage, Sami Whitcomb, Cayla George and Rebecca Allen, but they won't be able to attend the camp due to their commitments in the USA.

A final squad of 12 will be picked to contest the World Cup in Spain in September.

Griffin's on the way back from an 11-centimetre tear in her hamstring she suffered during the Four Nations tournament against Argentina, China and Serbia in China.