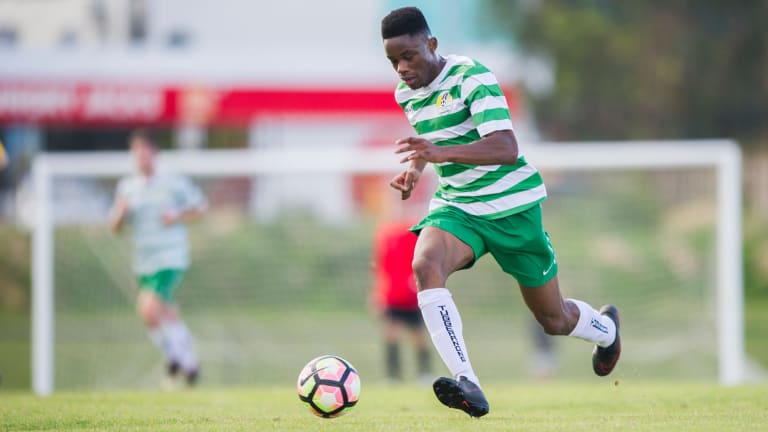 Tuggeranong United can make the Canberra premier league finals for the first time in 15 years thanks to a 1-0 victory against the Monaro Panthers on Sunday.

Tuggeranong control their destiny heading into the final round after Aisosa Ihegie found the winner in the 69th-minute at Greenway.

United coach Mitch Stevens admitted the victory was far from clinical but they all count for three points and it means they've successfully negotiated a mid-season slump.

Tuggeranong snapped a four-game winning drought last week and if they've now won two games in a row for the first time since round four back in April.

United could still qualify for finals if other results fall their way next week but they can guarantee their spot by upsetting Canberra FC at Deakin Stadium next Sunday.

"If things go our way prior to that game we can make finals but it's all over the place," Stevens said.

"We're interested in other results but it's not the be all and end all, it's up to us now, if we win next week we don't need to worry about anyone else.

"Irrespective of other results we'll go in looking for three points. We'll be focused on a great team performance, we’ll compete and have a real crack."

Ihegie found the breakthrough at after the Panthers went down to 10 men when Jason Baxter copped a second yellow card in the 46th minute.

"We weren't great to be honest, it wasn't through lack of effort, the commitment there but we just weren't as slick as we could have been," Stevens said.

"That said we missed two or three absolute sitters that would have made the game more comfortable, but as we seem to do we missed and made life difficult.

"Everything that happened today seems symbolic of this team and what we do, Aisosa got another but the keeper could have done better, it wasn't his greatest goal."

While Stevens was critical of his own side, he found praise for Monaro and said they're a much better team than their wooden-spoon status.

"Monaro might be seen on paper as easybeats but that's a really competitive team in last place, they don't roll over and I thought they battled really hard today," Stevens said.

"It's a sign of the strength of the competition that the team coming last is still a really tough one to play."