As other shocked jockeys looked on, the pair continued to punch and kick each other before an officer intervened. 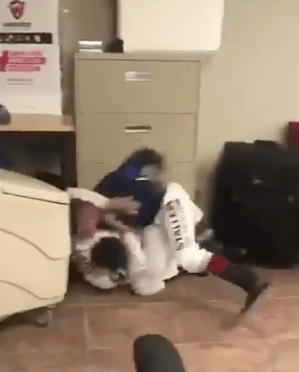 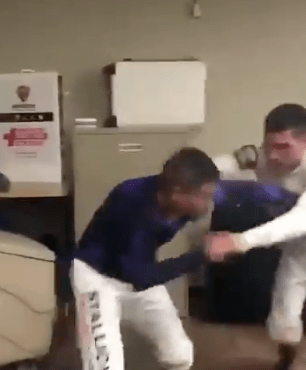 The incident is believed to have taken place at a racetrack in Oklahoma after social media users commented on the post on Twitter.

It is not the first time the weighing room has boiled over in the sport.

Back in June, Raul Da Silva was banned for 21 days after attacking Jim Crowley at Goodwood following a race.

Crowley needed stitches and medical attention after the incident.

Davy Russell put himself in the spotlight last year when instead of aiming his punch at a colleague, he decided to take his frustrations out on a horse.

Russell was filmed hitting the horse before a race in August last year.

The top jockey was eventually given a four-day ban for his actions after an initial inquiry let him off.