Canberra Raiders coach Ricky Stuart says this year has been the most frustrating period of his career, conceding missing the finals is unacceptable after failing to secure a top-eight spot.

The Raiders were knocked out of finals contention last weekend when they lost to the Wests Tigers, forcing the Green Machine coaches and players do some soul searching for the second year in a row. 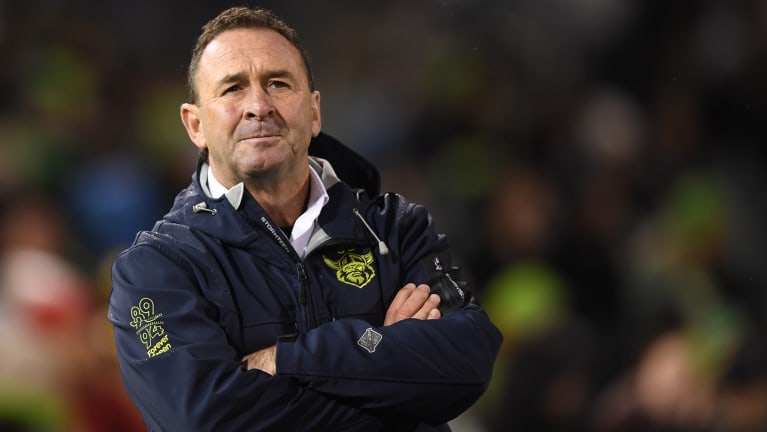 Former Dragons and Eels hooker Mark Riddell fired a shot at the Raiders on Wednesday, describing the club's poor season as the elephant in the room of the coaching drama engulfing the NRL.

Stuart is in his fifth year in charge of the Raiders and the club has made the play-offs just once since 2012. But he declared "we can still be a threat" if the team fixes its weaknesses.

“As the head coach and the guy who has to be accountable for it all, it’s probably the most frustrating period of coaching I’ve ever been involved in,” Stuart said on the Raiders’ podcast.

"The way we've been getting beaten is different to being beaten by three, four or five tries and you know you're not in the game.

"…We need to find exactly the reason of why this is happening. I need to find the exact cause or reason. We need to correct it. We're not in the [top] eight and we need to be in the eight.

"It's just not acceptable. I feel that we are football team that can fix it. And when we do that, I feel we  can be a threat."

The blowtorch has been on coaches in the top half of the competition in the past two weeks.

Wests Tigers coach Ivan Cleary was linked to the Panthers job before pledging he'd see out his time with the joint venture and South Sydney mentor Anthony Seibold has been linked with the Broncos.

The coaching merry-go-round prompted Riddell to take aim at Stuart, who has a 46 per cent winning record in Canberra.

"Every other coach gets critiqued on their results and you look at the results of the Canberra Raiders in the last five years – no other coach in the game would be coaching if they had that record.

"No doubt about it that the Canberra Raiders' coaching should be coming under question, but it doesn't because no one wants to talk about it. It's like the elephant in the room. 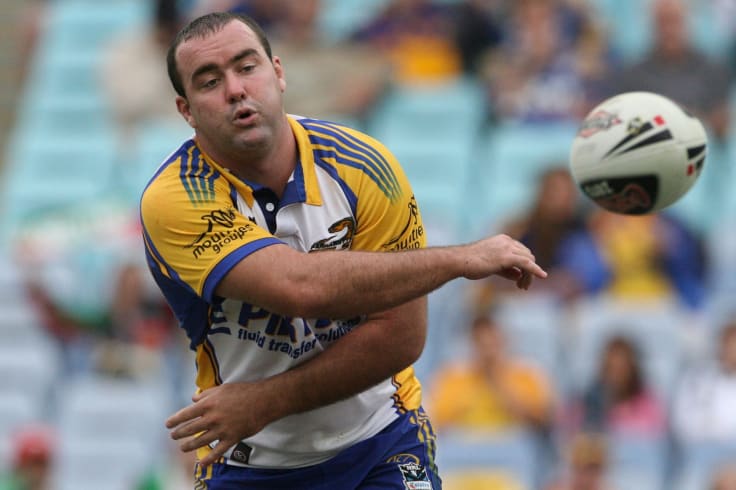 "Everyone talks about him having credits in the bank. He's made the finals once in the last 10 years."

Riddell felt the focus shouldn't be on McGregor, a former Dragons teammate from the early 2000s, and instead set his sights on Stuart.

The Raiders board extended Stuart's contract last year until the end of 2020.

He guided the Green Machine to the preliminary final in 2016, when they were within two points of making the grand final, but they haven't made the top eight since.

The Raiders have the best attacking record in the NRL this year, but are one of the worst defensive teams.

"Choices as individual attitude and individual inabilities is costing us dearly, and it has all year," Stuart said.

"When you find a weakness, you've got to find a solution to fix it … There will be no fluff about the review. No easy options or safety zones. We've got to get to the bottom of it and fix it immediately."

Stuart also said he felt for the fans. "One of my biggest disappointments is [the team] has such support and I feel we're letting our support down."

Raiders chief executive Don Furner said they will conduct a post-season review, which will include an examination of the coaching structure and whether to add any assistants to Stuart's team.

The Raiders review every aspect of their operations at the end of every season to look at how to improve. Mick Crawley and Brett White are Stuart's current assistant coaches.

The Raiders are playing for pride over the last three rounds, as well as the future with Stuart blooding young prop Emre Guler against the ladder-leading Sydney Roosters at Canberra Stadium on Sunday.

The Roosters have won five games on the trot, while the Raiders have suffered four straight losses and sit 10th on the ladder with no chance of making the eight.

"We're working through that now. We'll get the next three games out of the road and then we'll, I use the word review but we review everything at the end of each year anyway, so we'll review all of those positions," Furner said.