"Unfinished business" has brought Melissa Maizels back to Canberra United as the club looks to bounce back from its worst season on record.

Maizels has signed with United for the 2018-19 W-League season as Canberra look to force their way back into title contention. 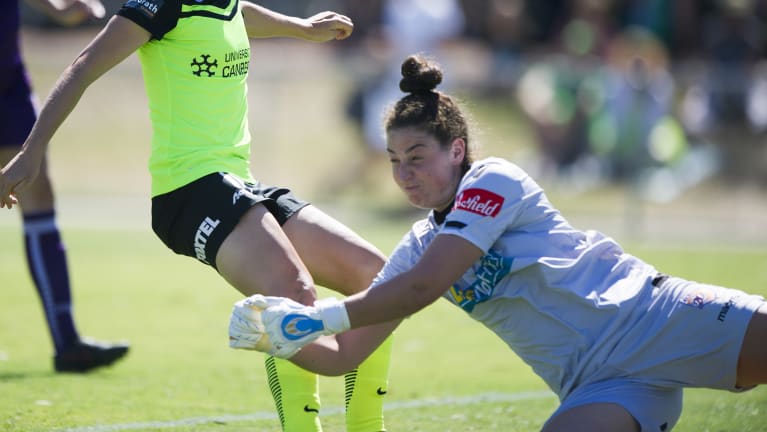 Melissa Maizels is back in Canberra – and this time she is back on the home team.

It is a homecoming of sorts for the 25-year-old goalkeeper given she played with Canberra from 2014-16 – and now she is desperate to add to her four caps in green.

The former Perth Glory goalkeeper was stuck behind Lydia Williams and Chantel Jones during her first stint in the capital, and now she has a golden opportunity to fill the void left by star United States import Haley Kopmeyer.

"I cannot wait to be back," Maizels said.

"It has been two years since I was in Canberra and it feels like I’m coming home. My career started in Canberra, I was there as a second-choice keeper and I feel like I have some unfinished business.

"I want to come and play for the club as the number one. I feel like Canberra was where my professional football career really did start.

"I’m very grateful to the club and the fans for giving me my first opportunity and I can’t wait to come home this season.

Maizels was a part of Canberra's 2014 championship-winning squad and the Victorian product is desperate to help United back to the finals after a subpar showing last season. 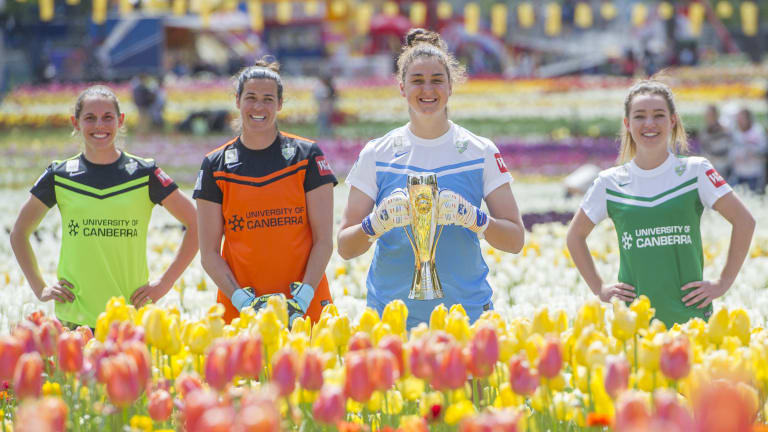 Canberra coach Heather Garriock has assembled the bulk of her squad with a raft of further player announcements to come before the season kicks off in late October.

"To have Melissa returning to Canberra is great for the team and the club as a whole," Garriock said.

"When she was here last time she obviously was behind Lydia, but now I am very excited to have her ready for this season.

"She has aspirations to play for the Matildas and that’s what I love in a player, someone who sets themselves challenges and a long-term goal."