An unlikely ally has slammed the "terrible" criticism of maligned St George Illawarra No.7 Ben Hunt ahead of Sunday's NRL elimination final against Brisbane.

Before lining up against Hunt, Broncos captain Darius Boyd threw his support behind his former teammate and hit out at the criticism aimed at the Dragons halfback this year, particularly on social media. 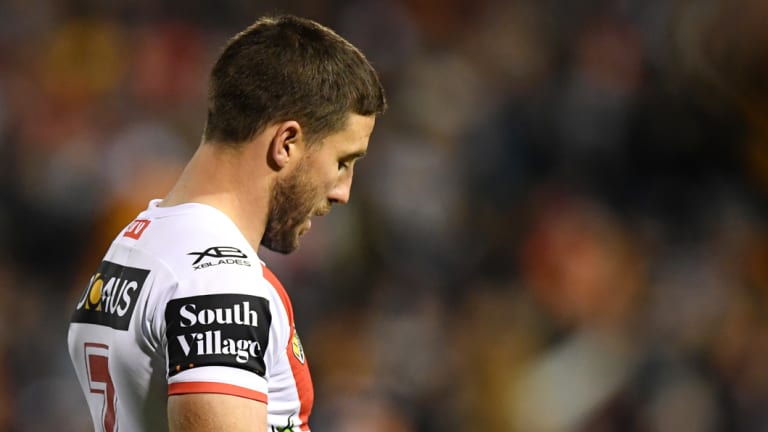 Over the top: Ex-teammate Darius Boyd feels criticism of Ben Hunt has gone too far.

In his first season of a lucrative $6 million deal, Hunt has felt the heat as the Dragons' hot early season form fell apart before they were relegated to seventh ahead of the finals.

"The criticism has been pretty terrible to be honest," Boyd said of Hunt, who he played alongside at the Broncos from 2015-17.

"It's hard not to hear all the criticism (of Hunt), which is pretty disappointing.

"I don't want to go into it too much, but we're all human beings and we all play rugby league for the love and the fun of it.

"Some of the criticism that he's got is pretty disappointing in my opinion."

The social media abuse got so bad that Hunt's wife Bridget hit out at her husband's critics on Instagram barely a week ago.

Boyd still expected Hunt to be at his best in Sunday's knockout final.

He conceded Brisbane were wary of the ex-Bronco after he tore them apart in the Dragons' season-opening 34-12 romp.

"I hope he has a good game. Not good in where he beats us but good in that he goes alright because he is a good fella and a good player," Boyd said.

"He got the No.7 jersey for Queensland this year which was definitely warranted. 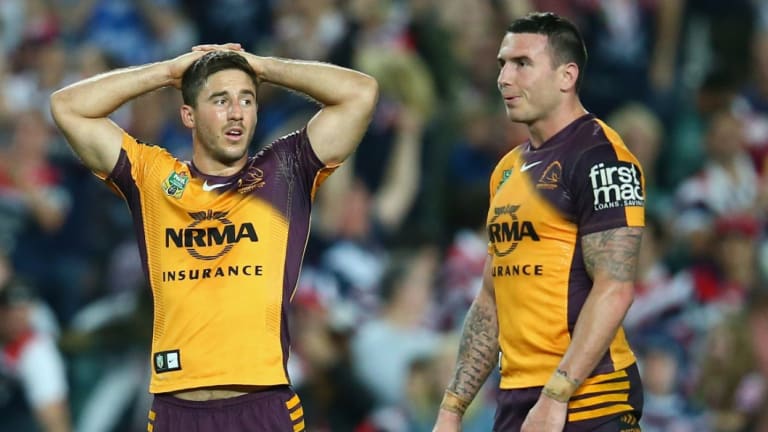 Combatants: Teammates for three seasons, Hunt (left) and Boyd will clash in this week’s finals.

"We need to attack him in certain ways to tire him out. We will work out a gameplan this week.

"Ben Hunt is a quality player and we need to watch out for him."

Brisbane booked a home final after leapfrogging the Dragons into sixth with a 48-16 win over Manly at Suncorp Stadium on Sunday.