A VFL qualifying final is set to be shown live on Channel Seven in Victoria on the Saturday night of the AFL’s pre-finals bye weekend.

The telecast is expected to start at 7pm on Saturday, September 1.

With the competing teams likely to include players vying for spots in the AFL finals series, the game is likely to attract viewers and, depending on the venue and the teams involved, a good crowd. 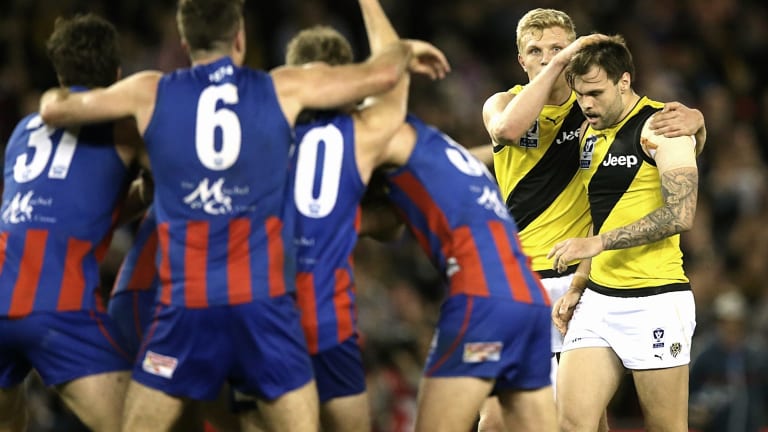 With the VFL’s final eight yet to be decided, the exact game and venue for the match is yet to be locked in, but Casey Demons, Richmond or Geelong could potentially host the televised final at their home venue, depending on results this weekend.

Those three VFL teams occupy the top three places on the ladder and are in a battle for a top-two spot and a home qualifying final, with a final decision on which game will be televised set to be made on Saturday night after the final round of VFL games is completed.

The Casey Demons, who are Melbourne’s affiliates, play their home games at Casey Fields in Cranbourne, while Richmond play home games at Punt Road (the Swinburne Centre) and Geelong play at GMHBA Stadium.

Collingwood and the Box Hill Hawks, who are Hawthorn’s affiliates, are also vying for a top-four spot in the final round of matches and could potentially be involved in a televised match, although as the lower-qualified team they would not host a qualifying final if they were to finish top four.

They would also need to dislodge Williamstown, who are fourth on the VFL ladder.

If Geelong beat Gold Coast on Saturday in the AFL, the five clubs in the top six spots on the VFL ladder will also be involved in the AFL finals, with the televised match involving players returning from injury or fine-tuning their preparations ahead of the first week of finals.

Players such as Richmond’s Dan Butler and Kane Lambert, Collingwood’s Darcy Moore, Geelong’s Esava Ratugolea and Melbourne’s Jack Viney are all still aiming to play for their clubs in the AFL finals series and could, depending on their preparations, use VFL matches to prove their fitness.

The games will also expose VFL players who may be in draft contention to a wider audience.