Goals from Toni Duggan, Jill Scott and Nikita Parris were enough to secure Phil Neville’s side the victory at a loud Rodney Parade. 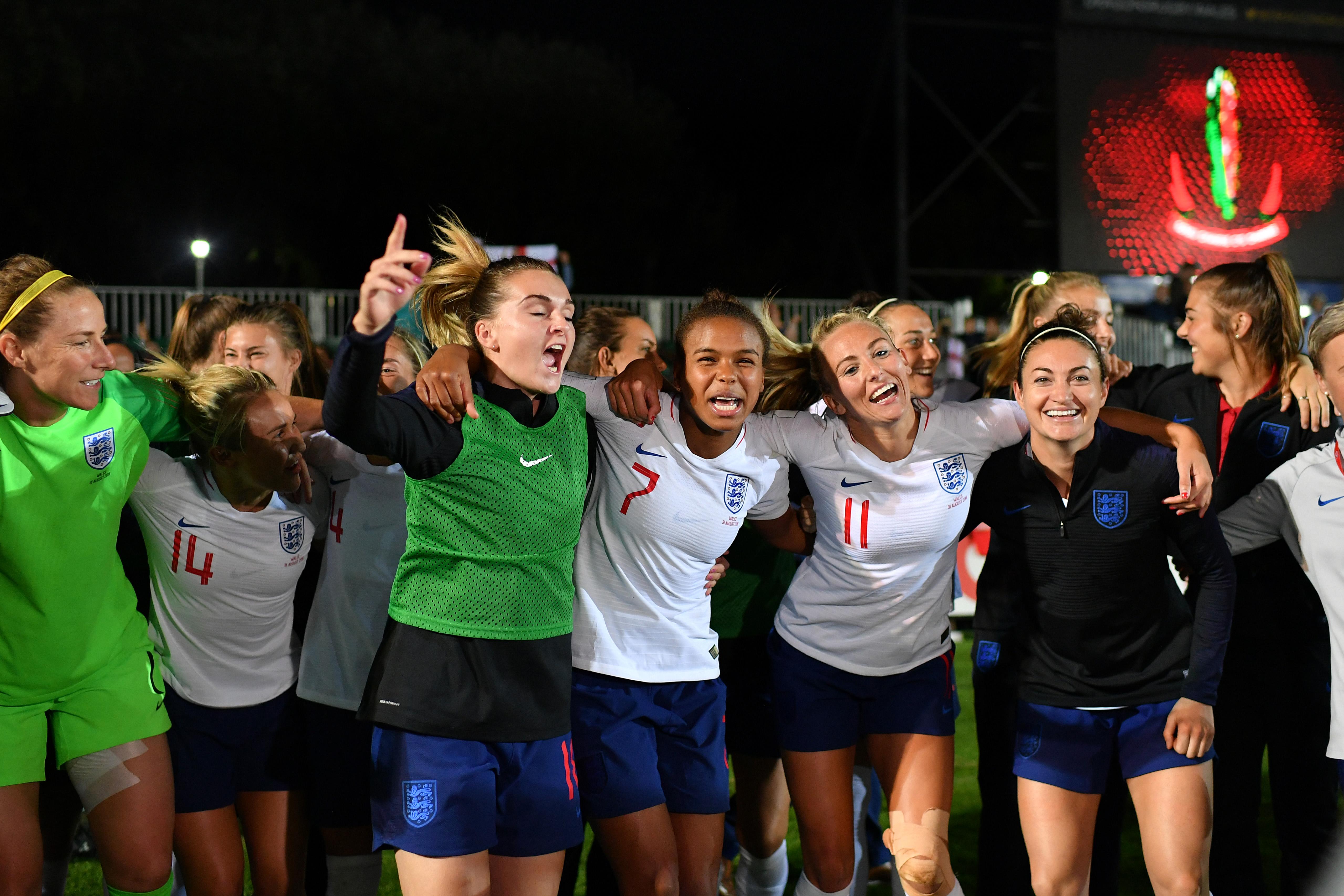 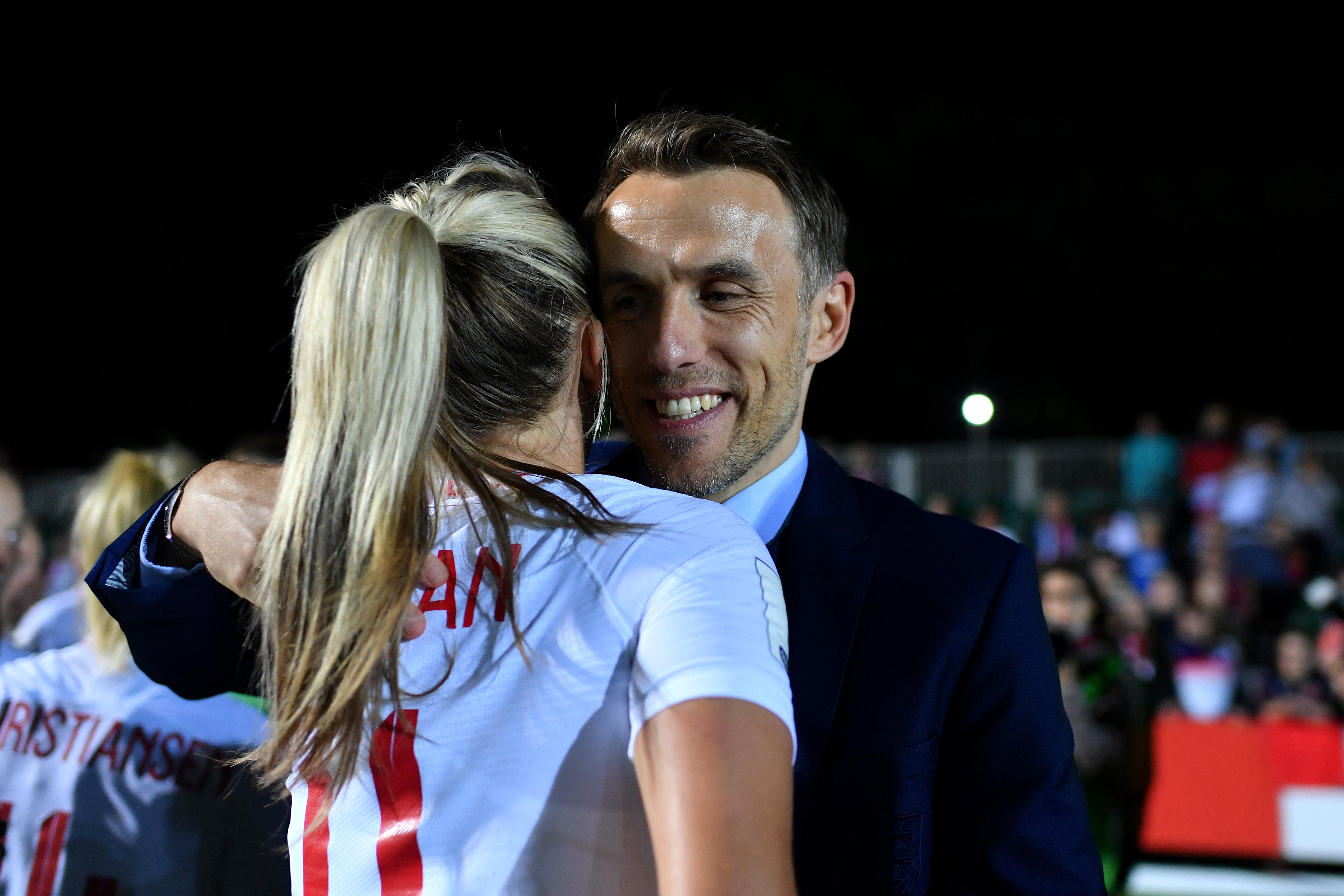 Tickets for the game sold out in less than 22 hours with only 270 gifted to travelling England fans and to start with Wales’ plan to create an intimidating atmosphere seemed to be working.

The Lionesses had the majority of the possession early on and it looked as if they had got off to the perfect start when Nikita Parris scored, but after some exuberant celebrations in front of the Welsh crowd, referee Katalin Kulcsar called offside.

Chances at both ends saw an open first half with Millie Bright and Alex Greenwood coming close on a number of occasions.

But it was the home side in control of proceedings just before the break and had two penalties shouts late on when Karen Bardsley tackled Kayleigh Green in the area. 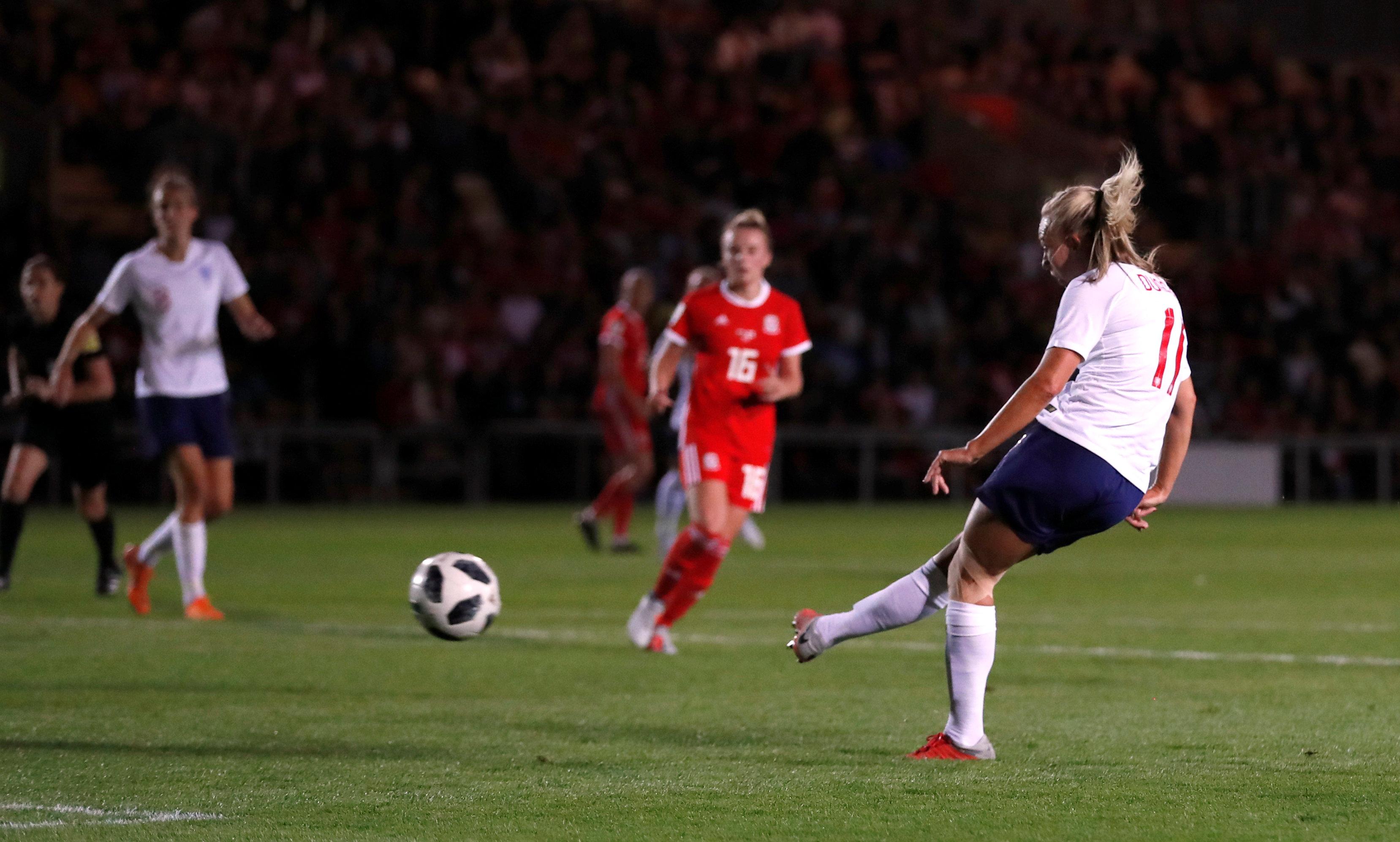 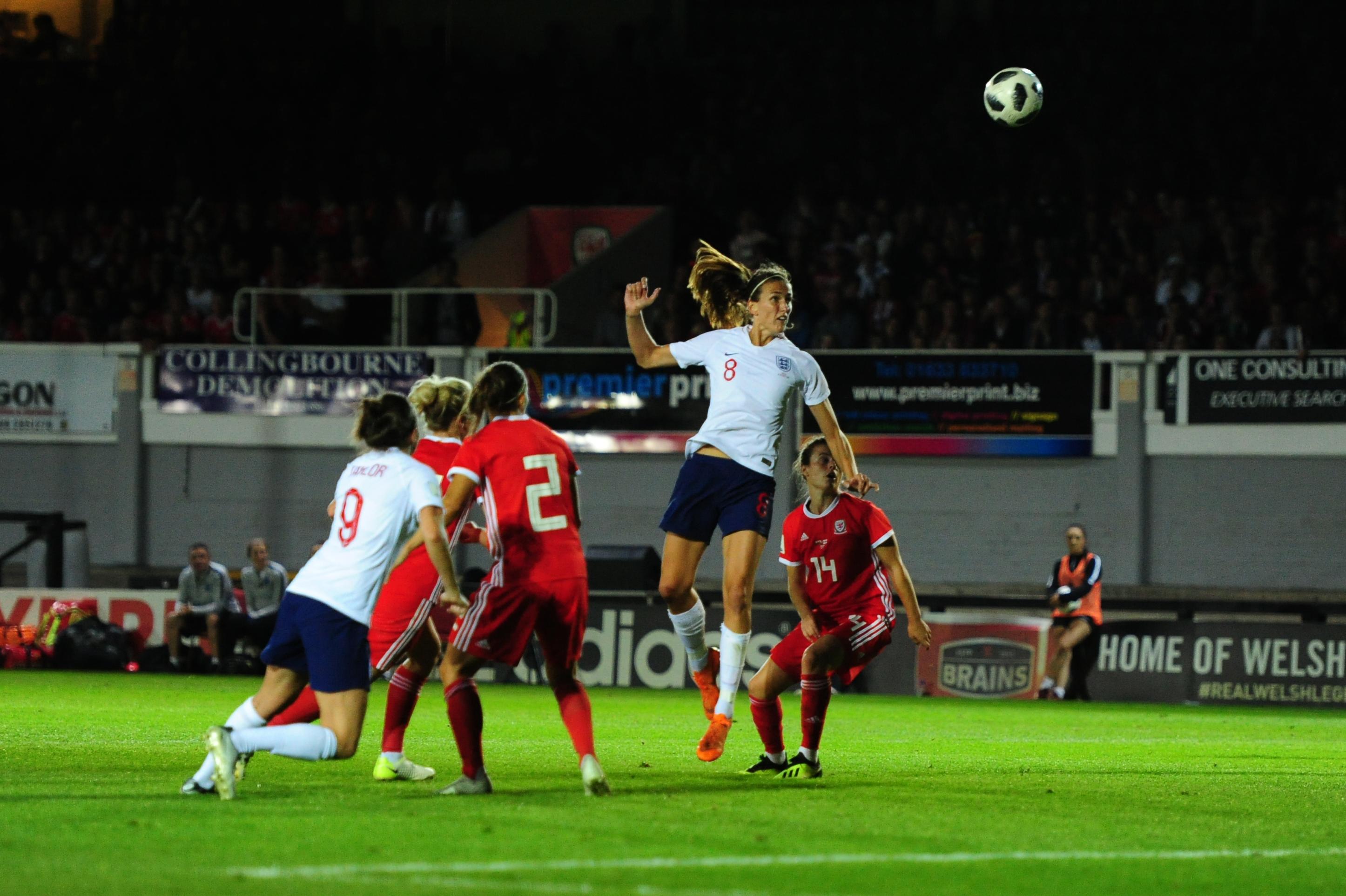 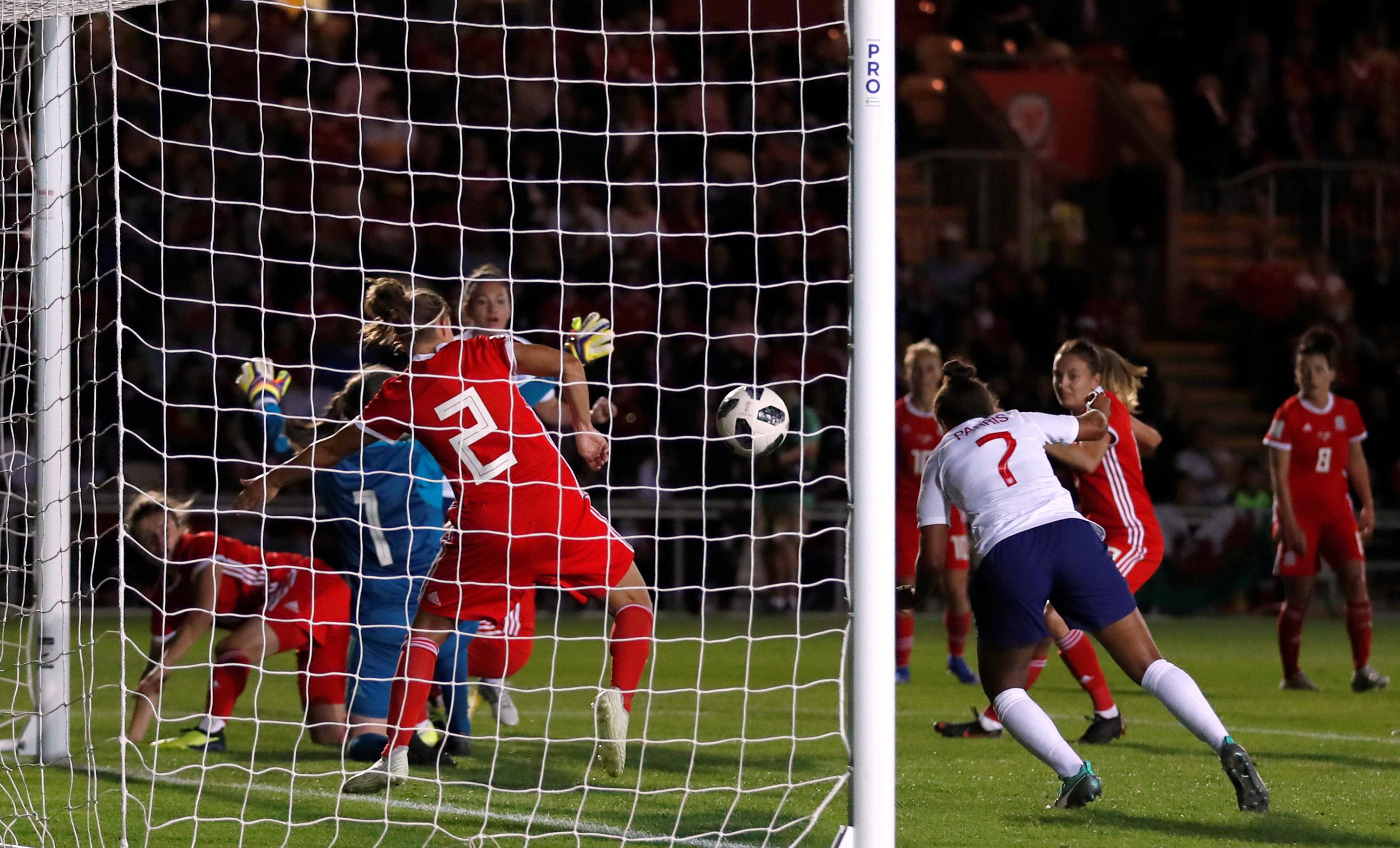 After the interval, England regained the initiative soon began to dominate and finally made the breakthrough, on this time it counted.

On 57 minutes, the domination finally paid off when Wales goalkeeper Laura O’Sullivan spilt Jordan Nobbs’ cross and Duggan got on the end of Fran Kirby’s shot.

The Barcelona star took her time under pressure and aimed her shot perfectly.

It was only a matter of minutes later, did England get their second of the night.

Despite impressing early on, Jayne Ludlow’s side began to tire with half an hour left on the clock.

O’Sullivan had a moment she would rather forget, dropping Greenwood’s free-kick on 68 minutes.

Jodie Taylor, who had a quiet evening overall, was quick to pass the ball towards Parris who calmly headed it in the back of the net. 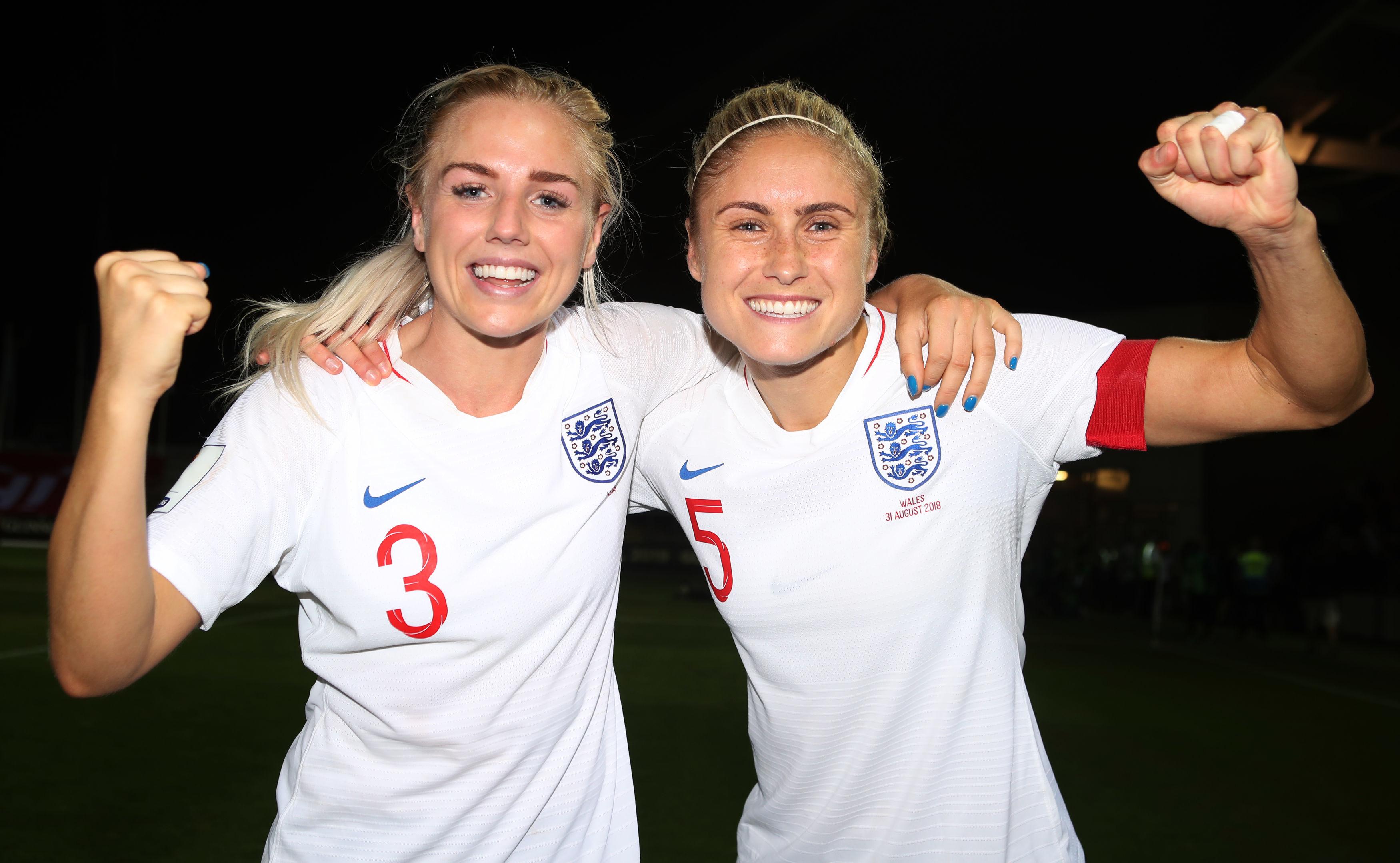 Not content with just the three goals England continued to press but a late injury to Fran Kirby put a slight dampener on the evening.

It appeared she was taken off more as a precaution with the result already in the back but the Chelsea forward came back on the pitch at full time on crutches to celebrate with the small number of travelling fans.

England travel to Kazakhstan on Tuesday with nothing to play for after guaranteeing their place in France next year whilst Wales will have a nervous wait to see if they can get a play-off place.

Ludlow’s side have finished their qualifying campaign and will be relying on the results of others to be in contention.