Waiheke Island: The Wallabies might be taking a gamble on a fresh front-row combination but the chosen candidates will be hoping a rich shared history will give them an edge at Eden Park this weekend.

Scott Sio and Allan Alaalatoa were named to replace Tom Robertson and Sekope Kepu at loosehead and tighthead prop respectively on Thursday, once again weaving together their families' stories on the biggest stage. 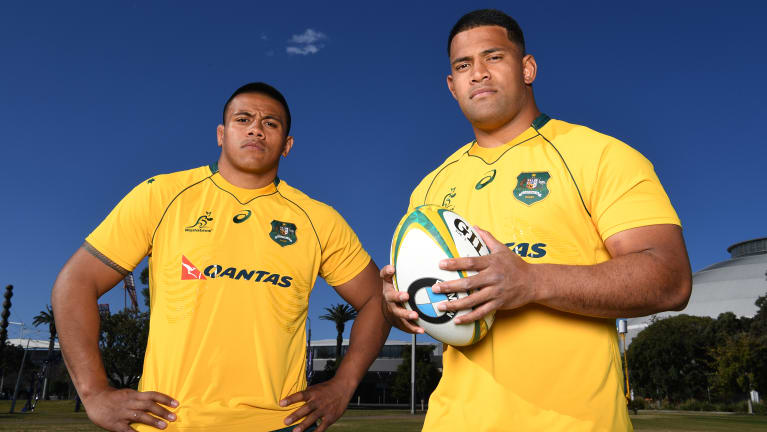 Wallabies and Brumbies props Allan Alaalatoa and Scott Sio ahead of the Bledisloe Cup opener in Sydney last year.

Almost three decades ago the boys' fathers, David Sio and Vili Alaalatoa, made rugby history as part of the Western Samoa team that beat Wales 16-13 on the way to the 1991 World Cup quarter-finals. It was one of the biggest upsets in World Cup history.

Sio and Alaalatoa will channel that fearless spirit on Saturday when the under-rated Wallabies try to pull off an upset of their own against the All Blacks at the traditional fortress of New Zealand rugby.

"We grew up together, very close family friends. Mikey, [Alaalatoa's] older brother, is my age, and Patrick, my younger brother is [Allan's] age, so we played all our junior rugby together," Sio said.

"It's a pretty unreal experience for us to be able to link up at Test level.

Sio's return to the front row is a huge boost for Australia at scrum time, while Wallabies coach Michael Cheika said Alaalatoa's performance off the bench last week earned him a start over veteran Sekope Kepu.

The Australian pack faces a huge challenge restoring pride in its set-piece work. They more than held their own at scrum and lineout time against Ireland in June but were torn apart in Sydney last week. Sio was forced to watch from the sidelines as the horror unfolded.

"It wasn't a surprise that New Zealand's scrum turned up. It's been doing that for years," the Sydney-raised Brumbies prop said. "For us it's about moving on from whatever the problem was on the field. Unfortunately I wasn't out there so I don't quite know what was happening in there. It's easy to watch and say things from the sideline but until you get to talk to the boys that are out there in the thick of it, it's hard to nail down the problem. 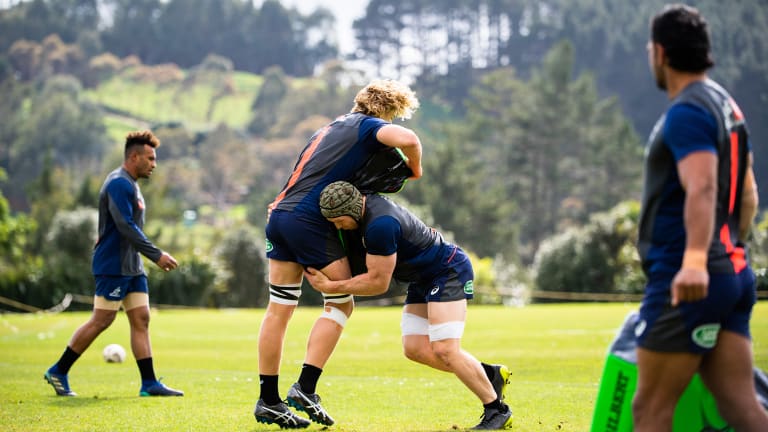 The Wallabies trained on Waiheke Island on Thursday.

"We understand that NZ are a quality side, they have been for a long time, so we need to be better as a pack when we move forward this week. It's a big opportunity for us this week."

Alaalatoa is the less experienced of the pair, making his 24th appearance for Australia this week and only his seventh start. Sio will play his 47th Test in the gold jersey and, technical proficiency aside, will no doubt help calm the horses if the Wallabies scrum finds itself at the wrong end of the referee's whistle.

"Watching the game you understand how important each scrum is and one of the things we talked about is having the ability to keep problem solving as a pack on the field there," he said.

"Keep isolating each scrum for what it is and keep understanding what we didn't get right on the last one and moving forward. I think that was probably the thing that we lacked a bit and it's something that we've tried to work on as much as we can with conversations we've had this week."