The Argentine winger stepped up to the plate following Richarlison’s £40million move to Everton and showed that he can be every bit as effective for the Hornets. 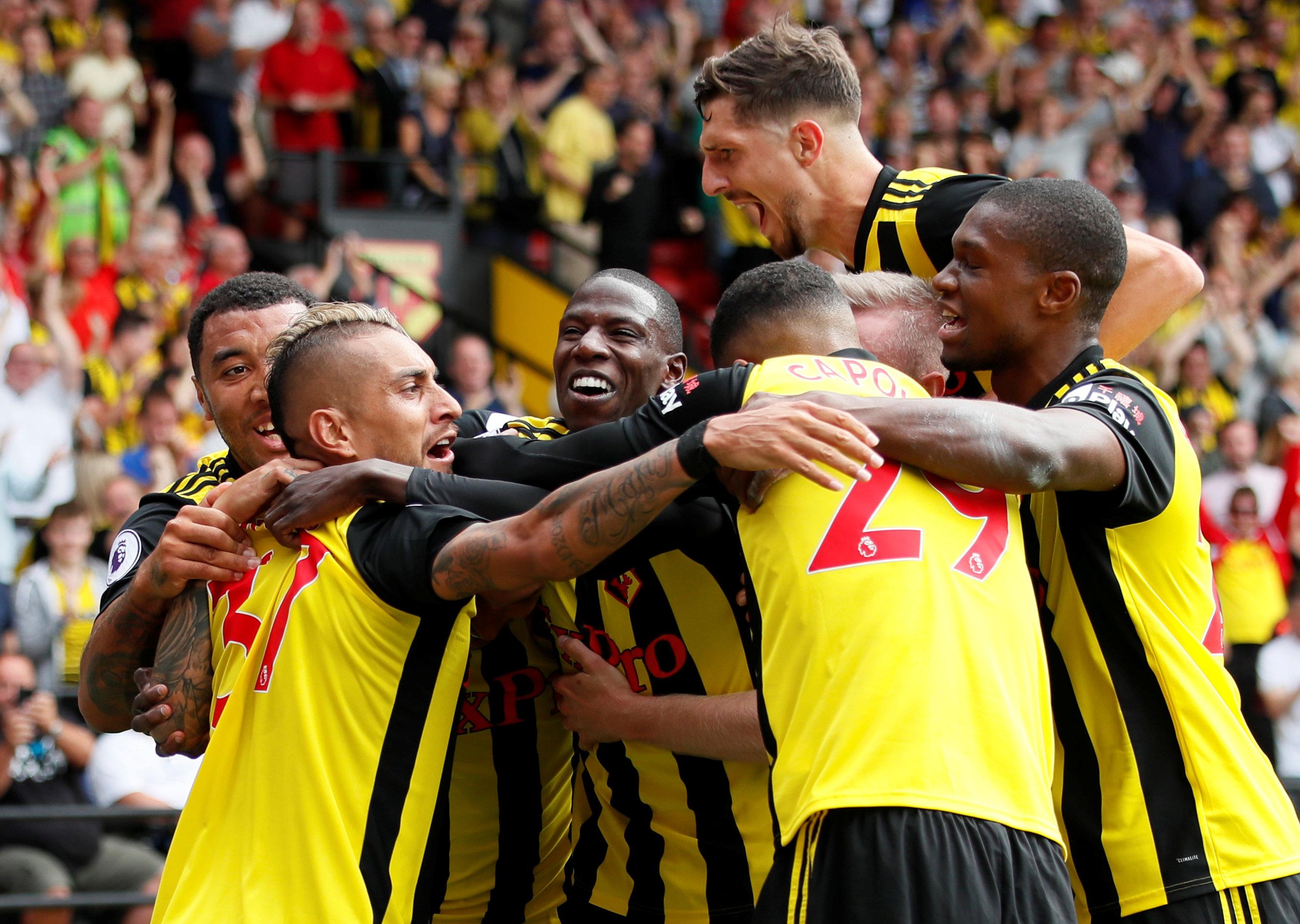 Then he cut in unchallenged from the left to fire Watford into an unassailable 54th minute lead without a Brighton defender in sight.

No wonder former Watford boss Walter Mazzarri is keen to be reunited at Torino with the player he first signed two years ago.

Pereyra’s winning display was a welcome highlight  against a disappointing Brighton team who look like the new season has caught them by surprise. 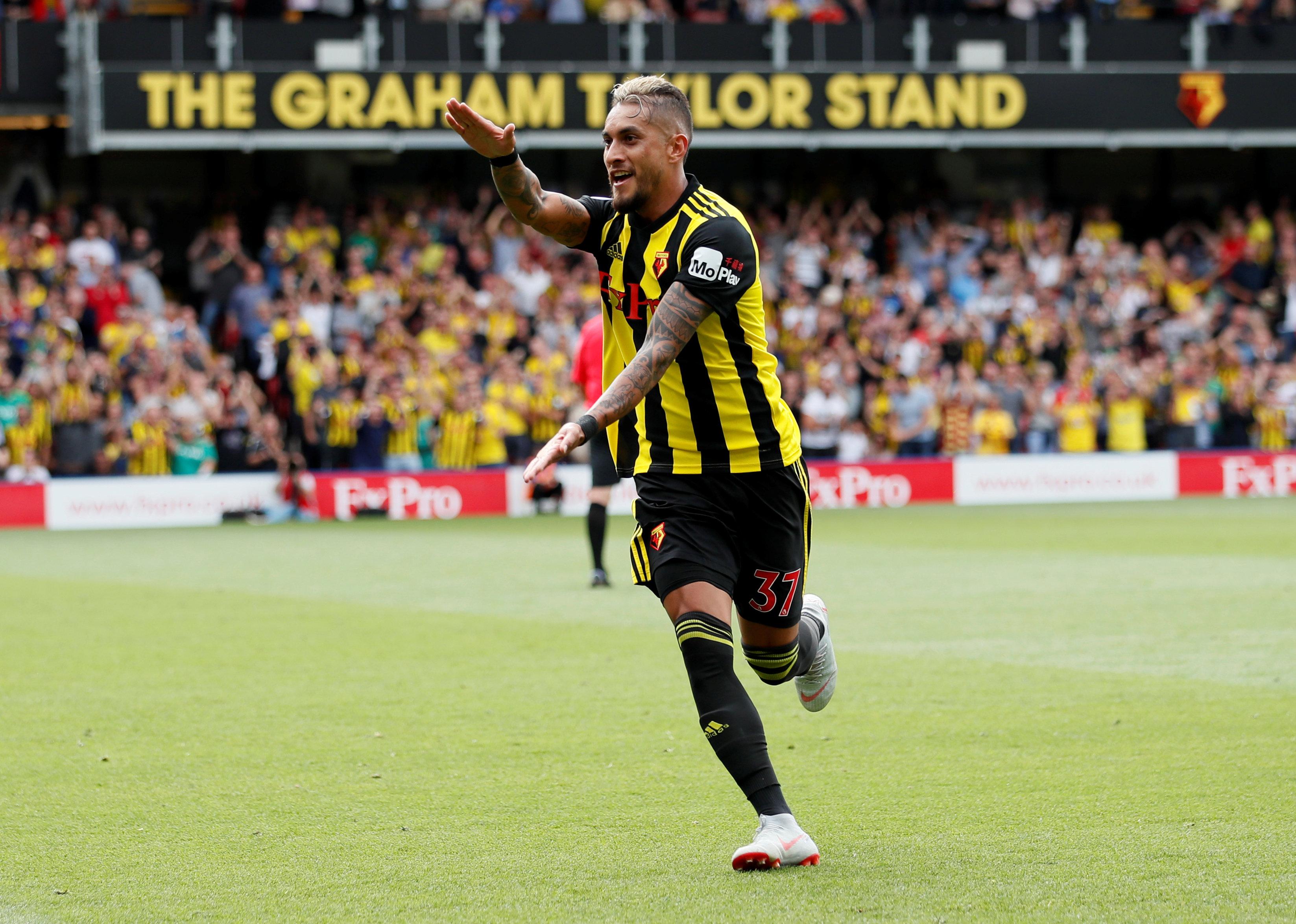 The Seagulls have signed 16 players during a frenzied summer spending spree which cost the club the best part of £50million.

Yet Brazilian full-back Bernardo was the only newcomer to make it into their starting line-up as Chris Hughton stayed loyal to the players who had kept the team afloat in the Premier League last season.

By their usual manic standards, Watford have had a relatively quiet summer, bringing in just seven new faces and even sticking with manager Javi Gracia.

Not since 2014 has a Watford boss survived the summer and even then Giuseppe Sannino only lasted five games into the next season. 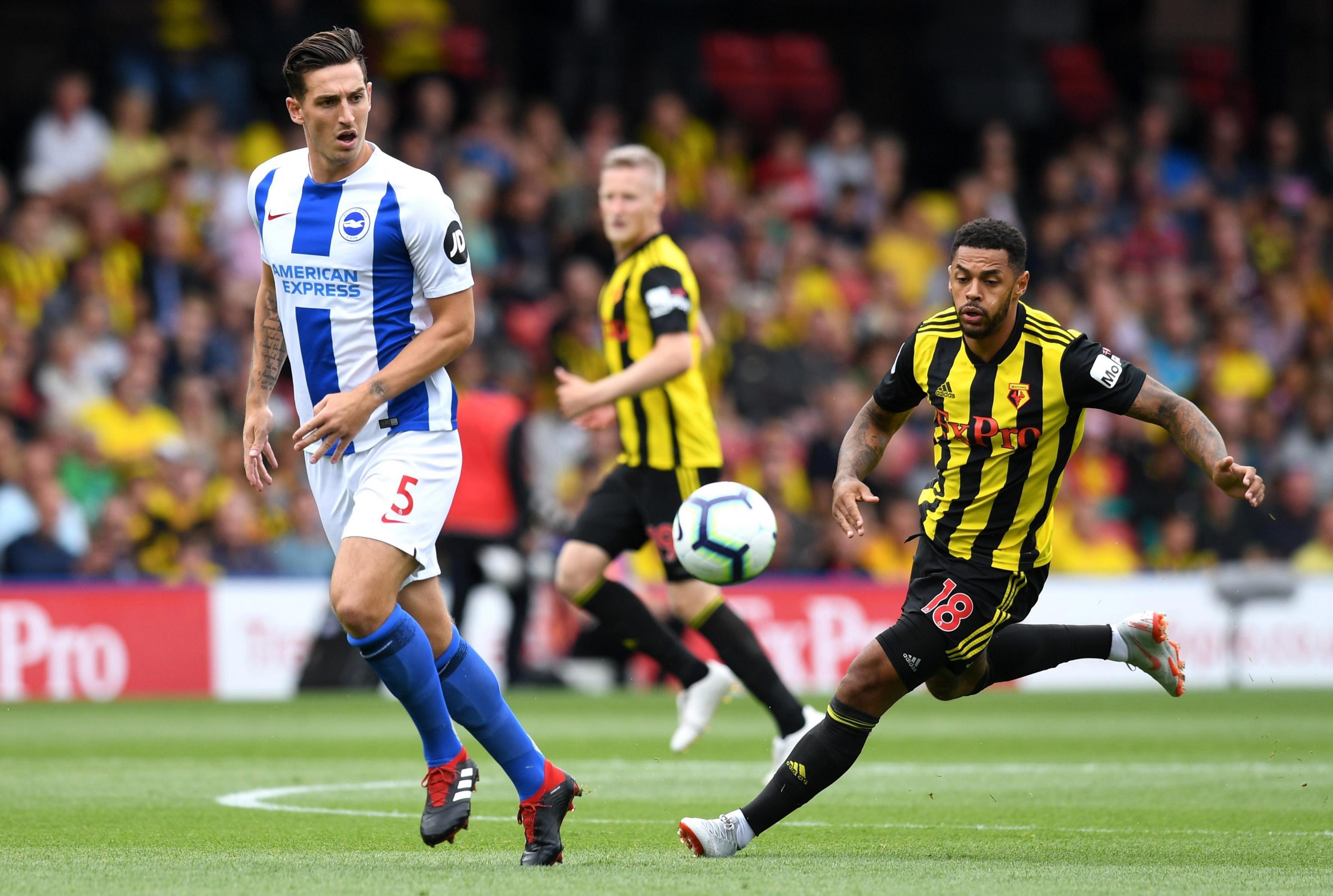 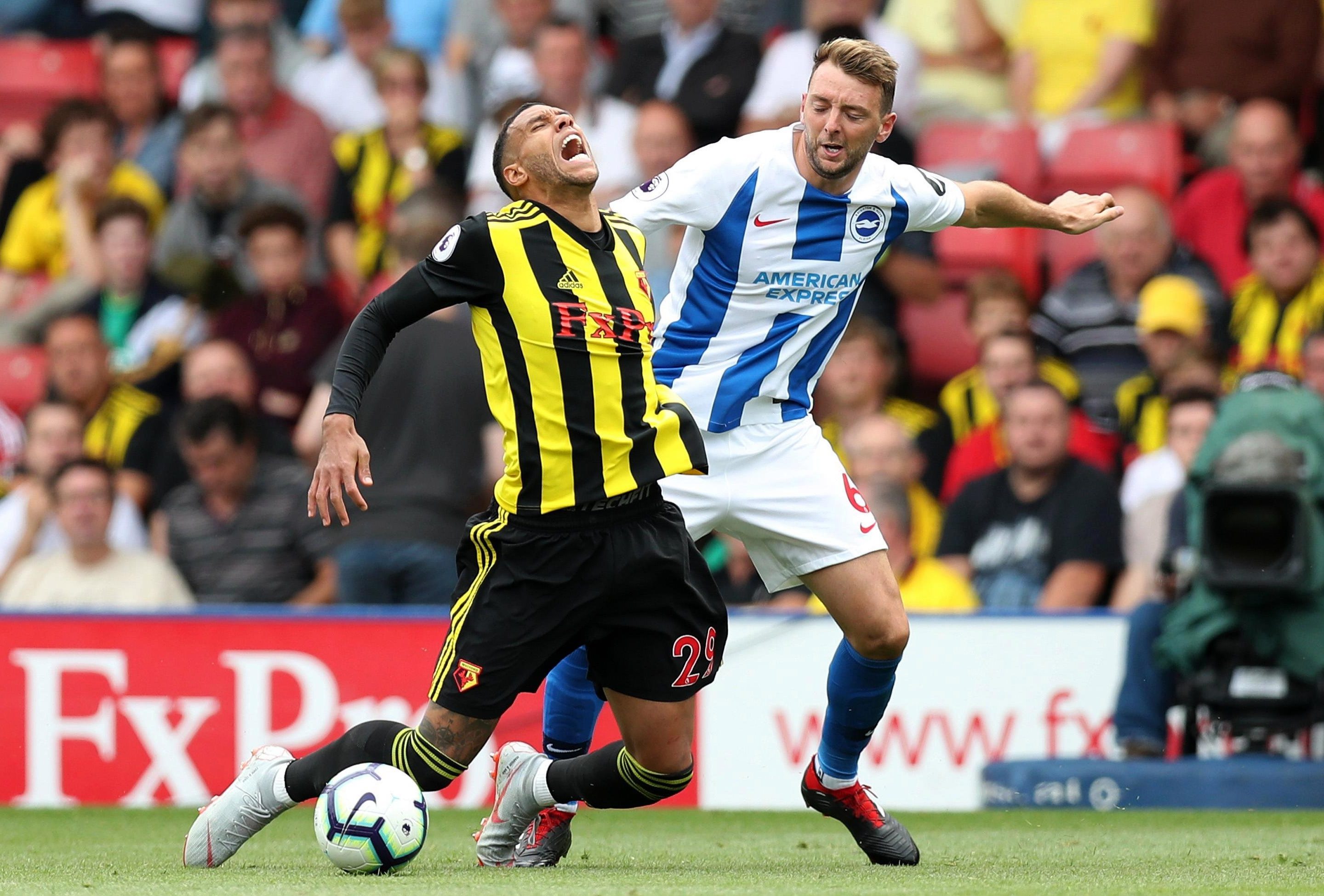 The Hornets have had seven managers since then, so it’s hardly surprising that Gracia is already the bookies’ favourite to become the first Premier League boss to lose his job this season.

Yet he shouldn’t have too much to worry about if his team can continue to play with this much energy and drive.

They could have been ahead after just nine minutes when the pace of Andre Gray allowed him to bring an important save from Mat Ryan.

There was even better to come from Brighton’s Aussie international keeper, who needed lightning reflexes to keep out a close-range effort from Troy Deeney. 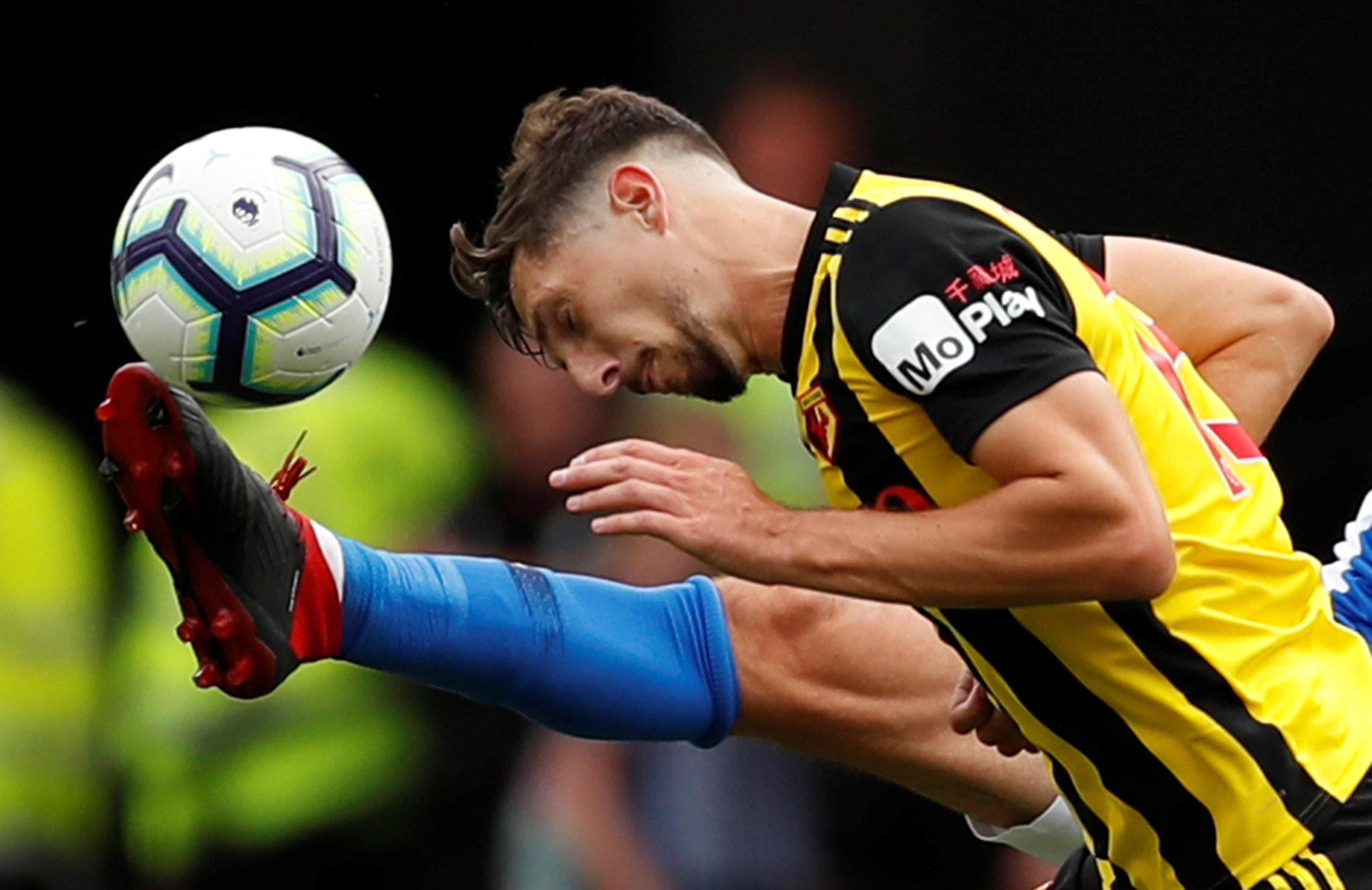 Yet there was little Ryan could do to keep out Pereyra’s opening piledriver despite getting both hands to the ball as it flew past him.

Christian Kabasele squandered a great opportunity to extend Watford’s lead but it barely mattered against a toothless Brighton team who failed to trouble keeper Ben Foster all afternoon. 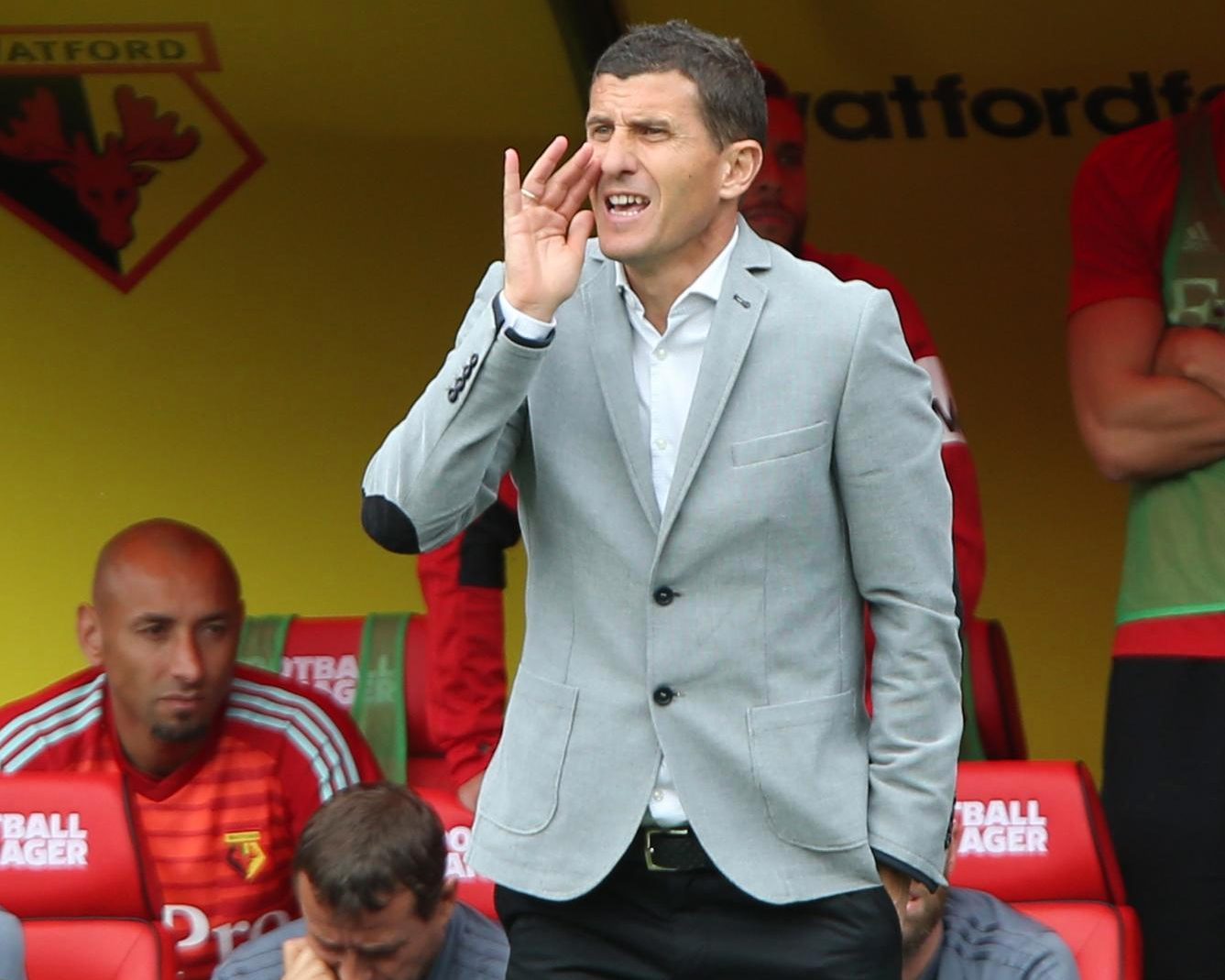