But it’s not always been the season opener. 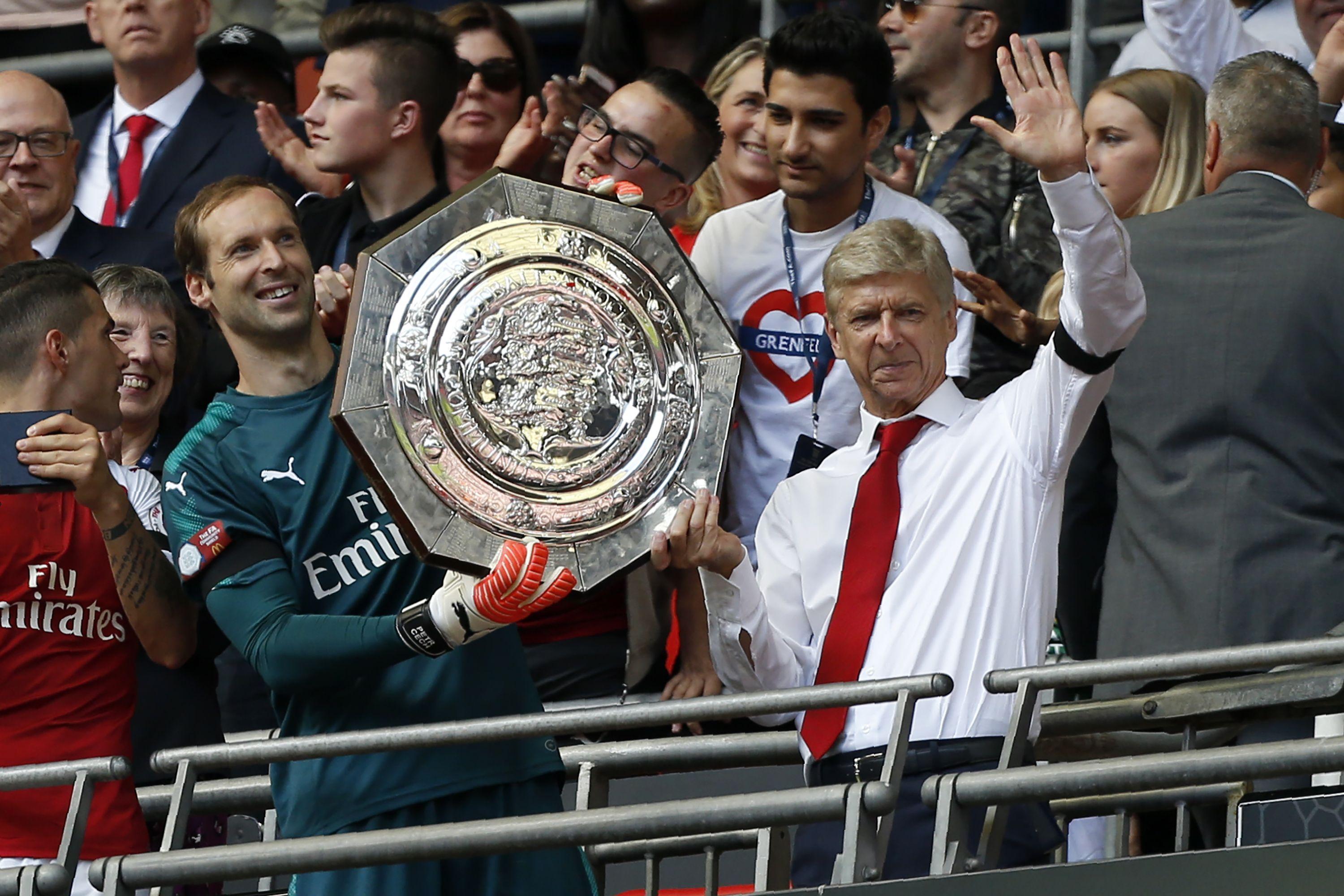 In fact, that tradition only began when Wolves defeated Nottingham Forest 3-1 at Molineux in 1959.

This year’s game between Manchester City and Chelsea, meanwhile, will be the 96th staging of the event.

But will it live up to any of these classics?

Any game with eight goals is always going to be entertaining but the remarkable thing about the 1932 match, held at Newcastle’s St. James’ Park, was that it was actually goalless at half-time.

Yes, all eight goals came in a bewildering second 45 minutes with the legendary Dixie Dean scoring four of the Toffees’ five goals.

With the double winners Arsenal unable to take part because of pre-arranged friendlies against Benfica annd Feyernoord, it was the FA Cup runners-up Liverpool that were asked to step in and play another invitee, the Division Two winners, Leicester City.

It may have seemed like a nailed-on win for Bill Shankly’s mighty Reds but the Foxes, in front of 25,014 fans at Filbert Street (Anfield was being redeveloped) pinched it thanks to a goal from their right-back and local lad Steve Whitworth.

It was the only goal he ever scored for the club. 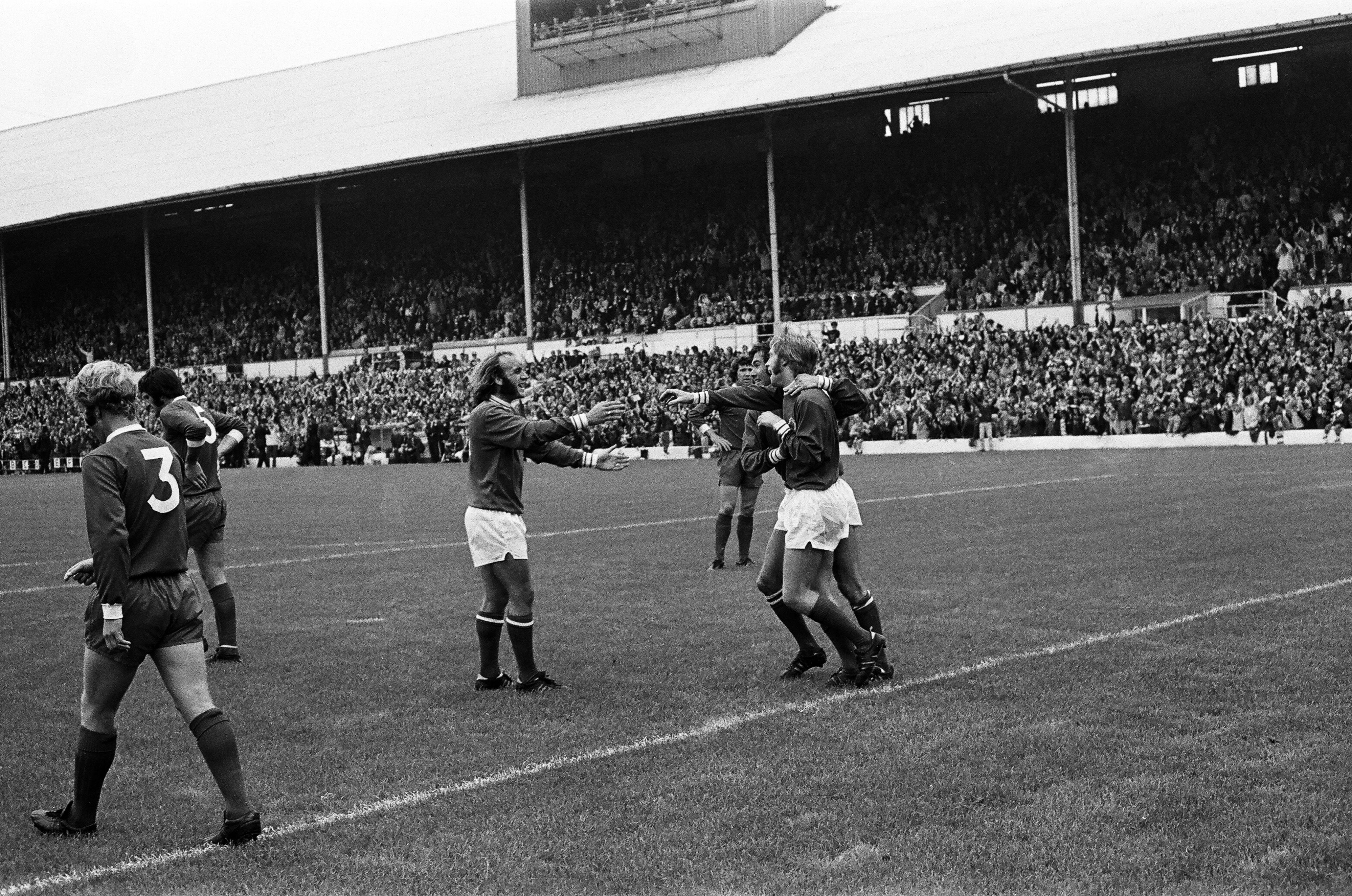 The first time the Charity Shield had been staged at Wembley Stadium and a game to remember – for all the wrong reasons.

Leeds were the League Champions, Liverpool the FA Cup winners. The West Yorkshire side had a new manager, the incomparable Brian Clough, a coach who had been publicly criticial of the aggressive style that the club had become known for under their previous manager Don Revie.

But old habits died hard and the game, perhaps inevtiably, turned into one long brawl.

As Kevin Keegan continually nipped at the heels of Johnny Giles, the Irish international snapped and landed a haymaker on Keegan’s jaw, sending him tumbling to the turf.

Remarkably, Giles was only booked for his moment of madness – but worse was to come.

With Giles now behaving himself, Leeds’ skipper Billy Bremner took the baton and began his own spat with Keegan, culminating in another fight in the goalmouth.

It was the final straw for the referee Bob Matthewson who sent both men off – the first time any domestic players had ever been dismissed at the national stadium – and the image of the two players tearing their shirts off and storming off the pitch was one that lived long in the memory.

For the record, the game ended 1-1 and it was Liverpool that went on to win on penalties.

But nobody remembered that. 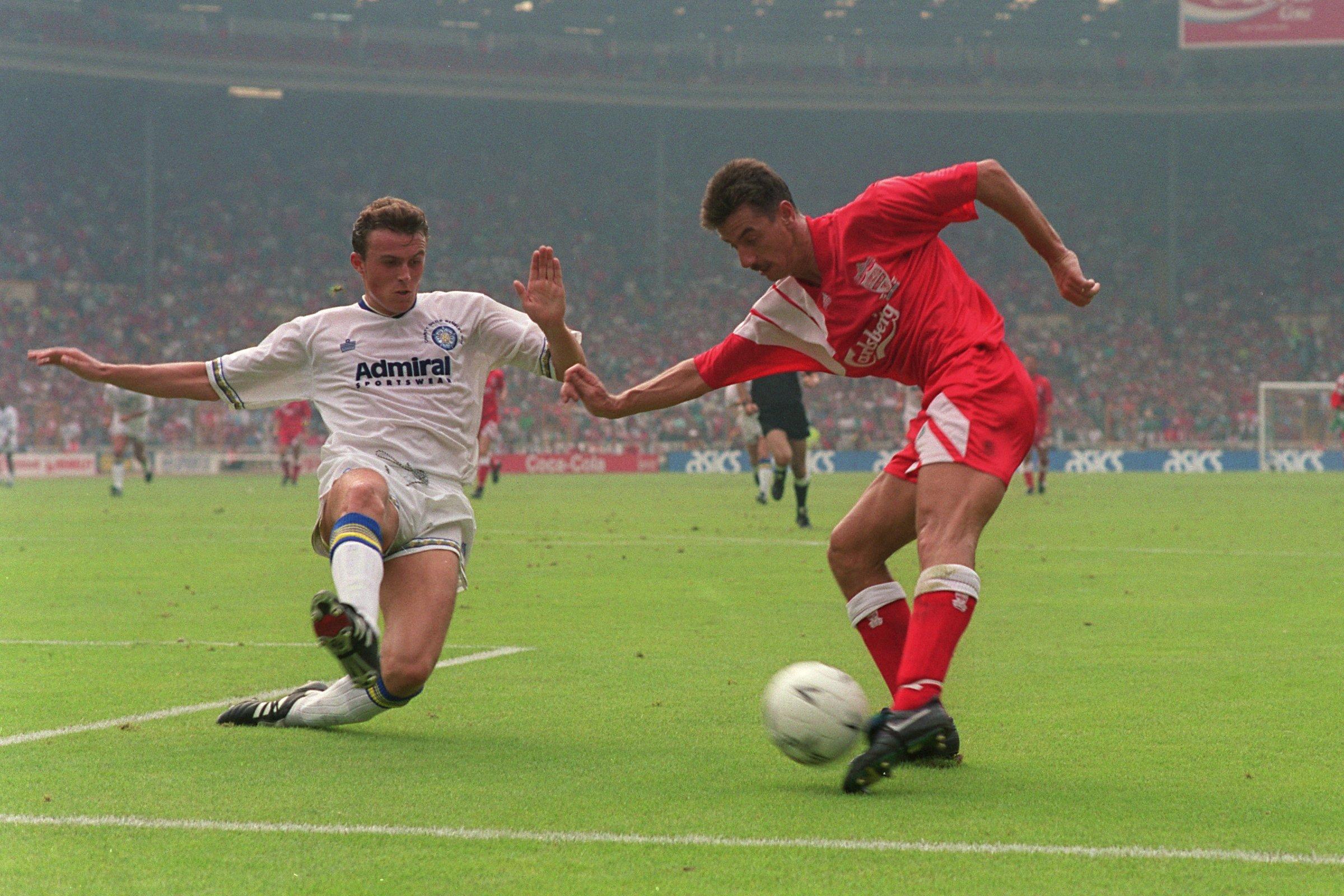 Another classic between Leeds and Liverpool – only this time with no handbags.

Leeds, the reigning League champions, ran out 4-3 winners, thanks to a hat-trick from cult hero Eric Cantona but if Leeds fans thought it was going to be a springboard for a successful defence of their crown they were wrong.

If anything, it was the beginning of the end.

“He's got exceptional potential but he's got to keep hard at it,” said Leeds boss Howard Wilkinson of his matchwinner after the match but by november Cantona was gone, crossingthe Pennines to join fierce rivals Manchester United

The rest is history. 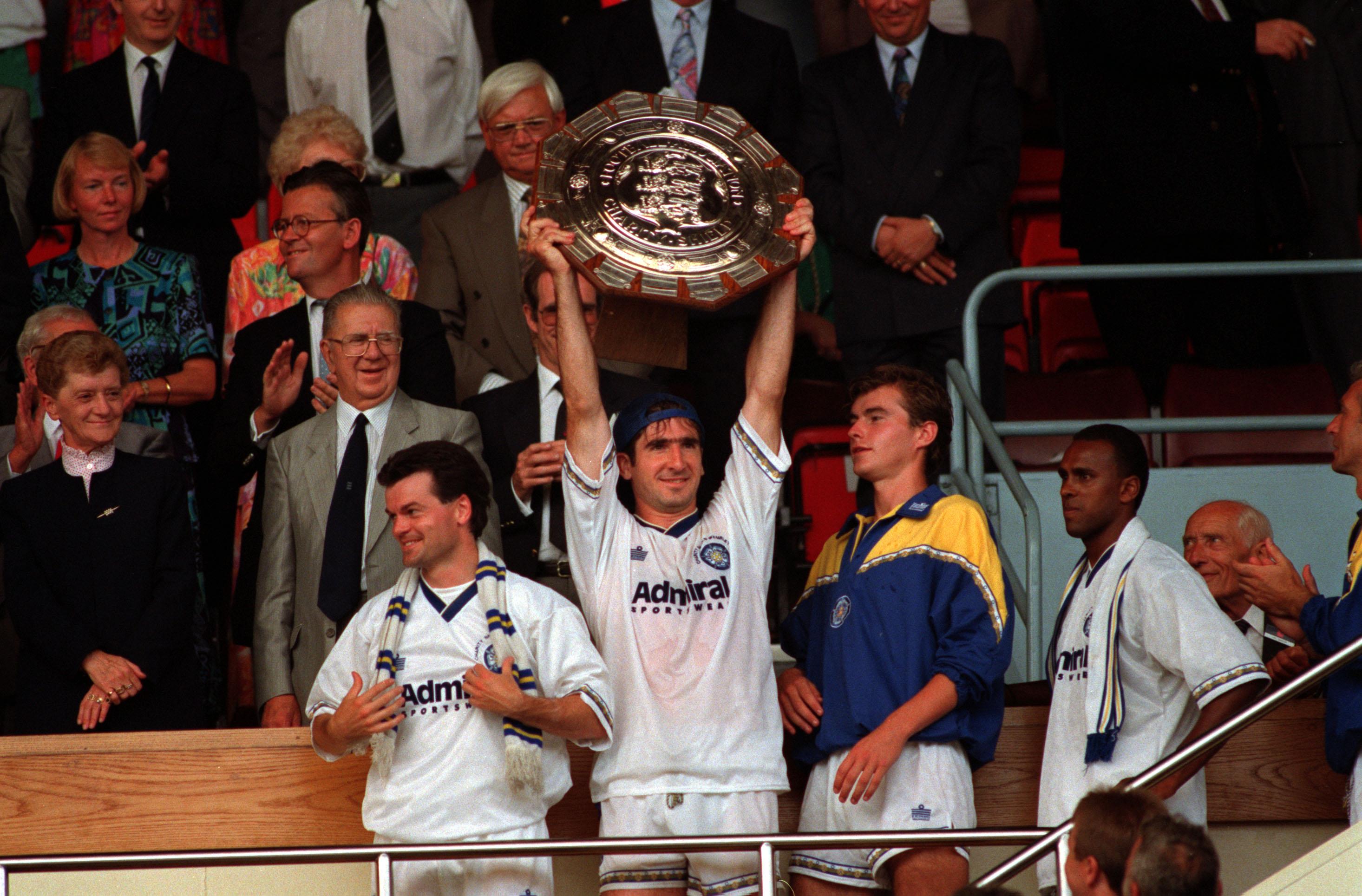 It was meant to be the game where Newcastle’s new world record signing, Alan Shearer, showed Alex Ferguson’s team just what they had missed out on as they lost the race to sign the England striker.

It didn’t quite turn out that way.

United were at their irrepressible best while Shearer, perhaps still lacking sharpness after his Euro 96 exploits, was largely absent from the action.

The final 4-0 scoreline didn’t flatter the Red Devils and Alex Ferguson’s side would go on to win the title, as Kevin Keegan’s Magpies once more more fell by the wayside to finish second. 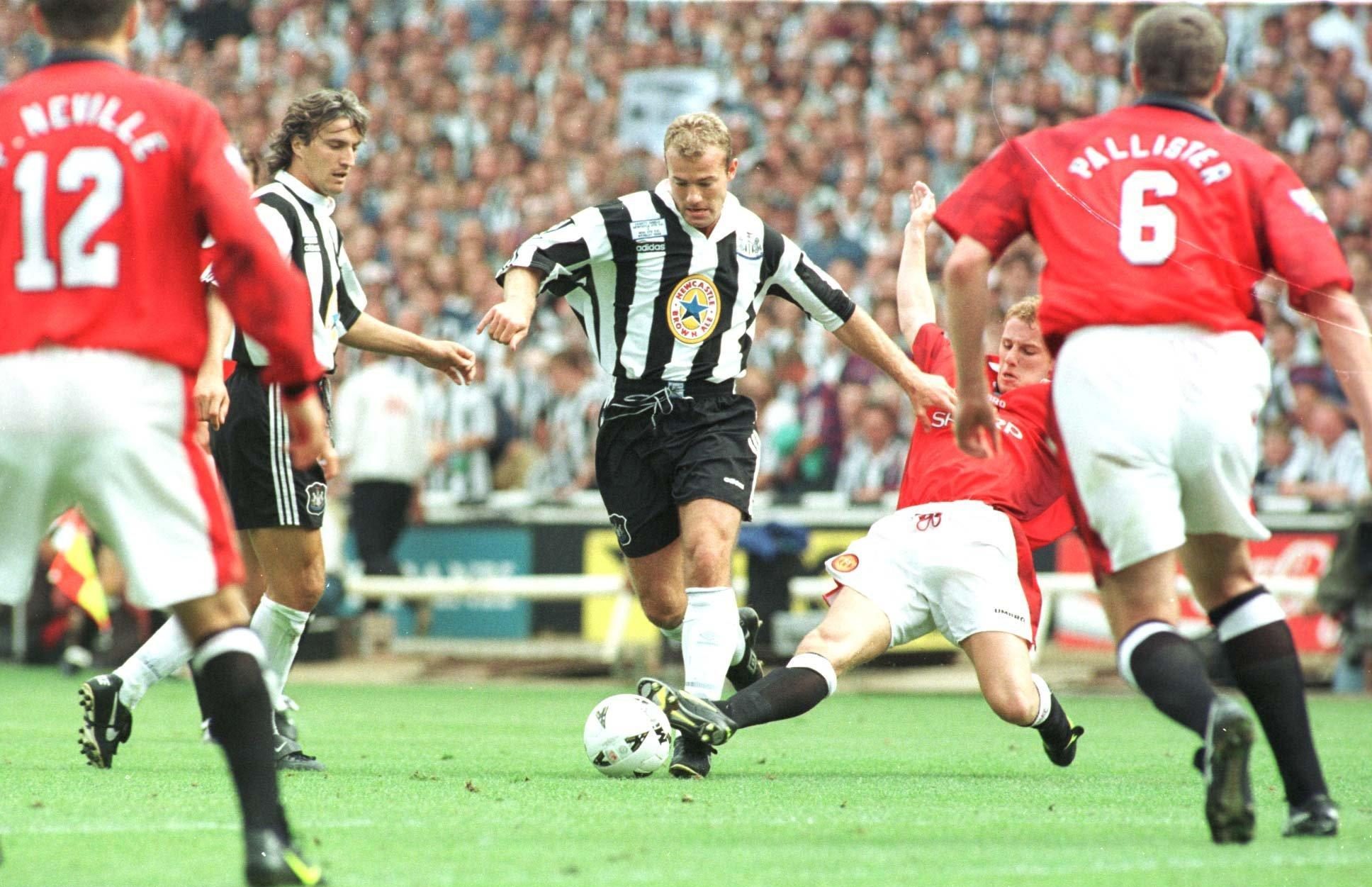 For a game that’s often perceived as little more than a friendly kickabout, the 2017 edition showed the power of what the Community Shield really can do.

Taking place less than two months after the fire at Grenfell Tower that resulted in 72 deaths, the two London teams joined together before the game to pay their respects as a choir sandg ‘Bridge Over Troubled Water’ to an emotional Wembley Stadium. 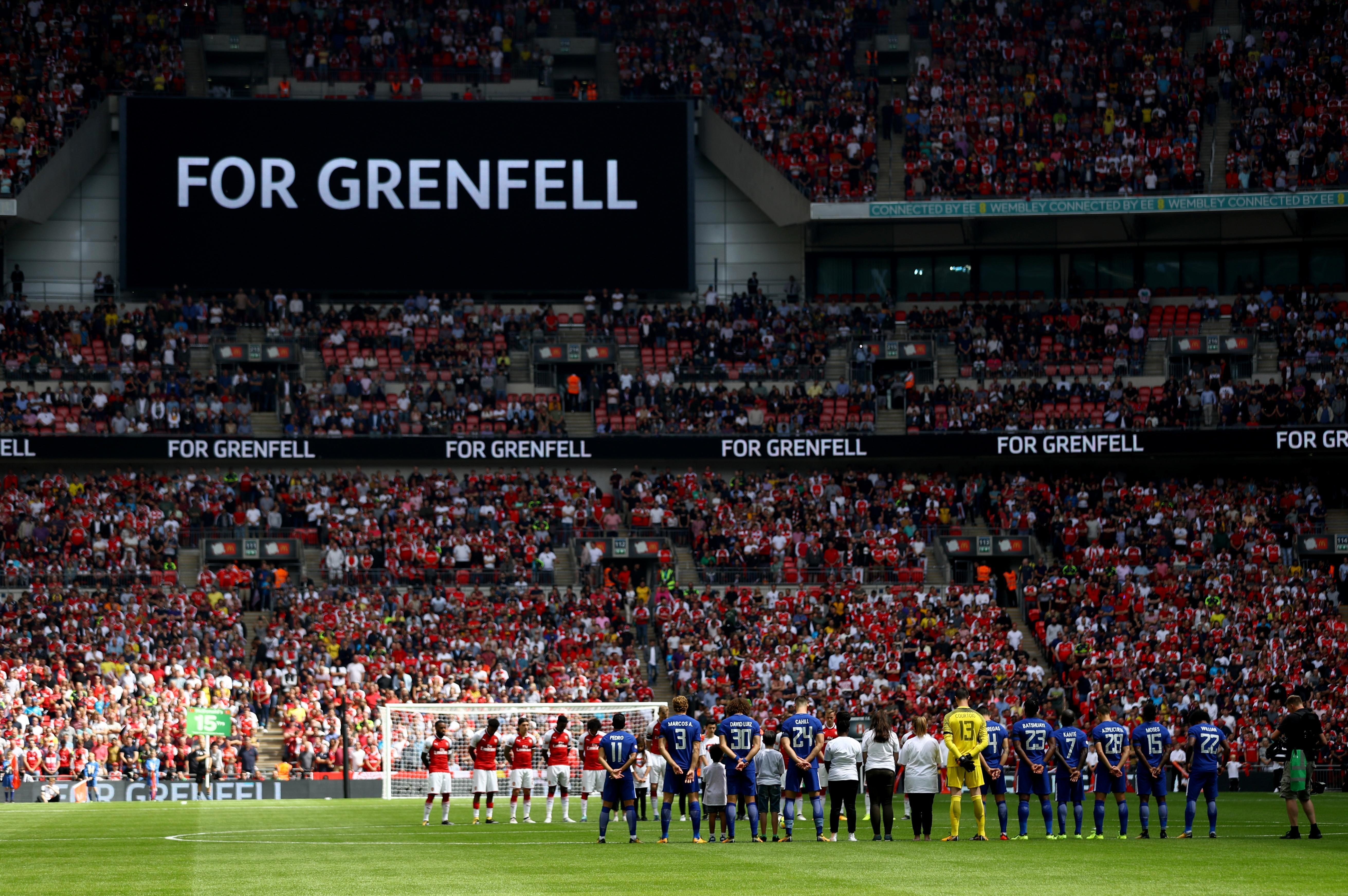 The Football Association also invited survivors, the families of the victims and emergency services personnel to the game while the proceeds from the game – thought to be in excess of £1.25million – were donated to the fund set up to help those affected by the disaster.

“Like the rest of the country, we were all deeply saddened by the terrible incident at Grenfell Tower,” said the FA Chairman Greg Clarke. “The suffering and loss for those involved is unimaginable.

“Whilst only a football match, we hope that in some small way through the Community Shield we can help.” 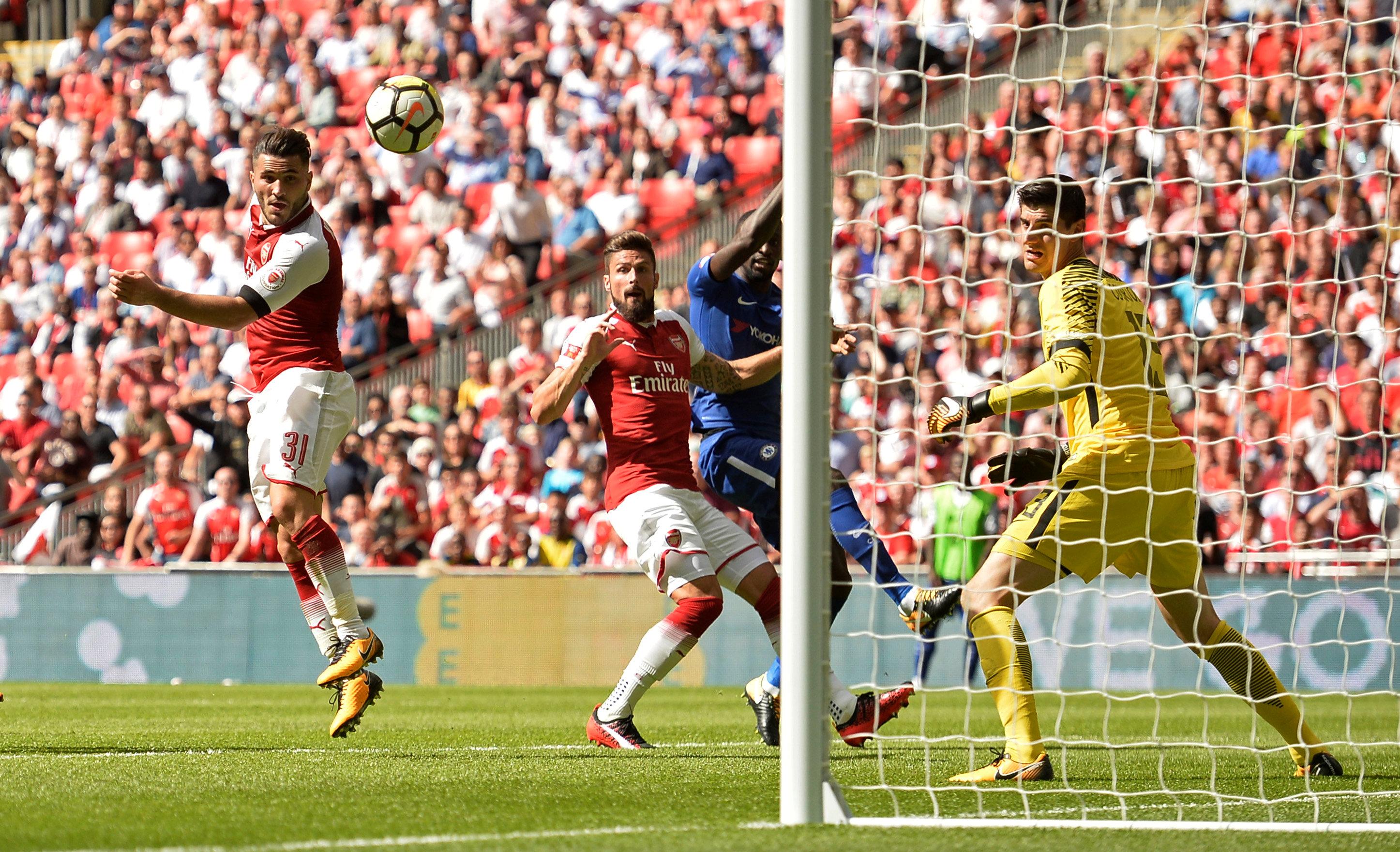