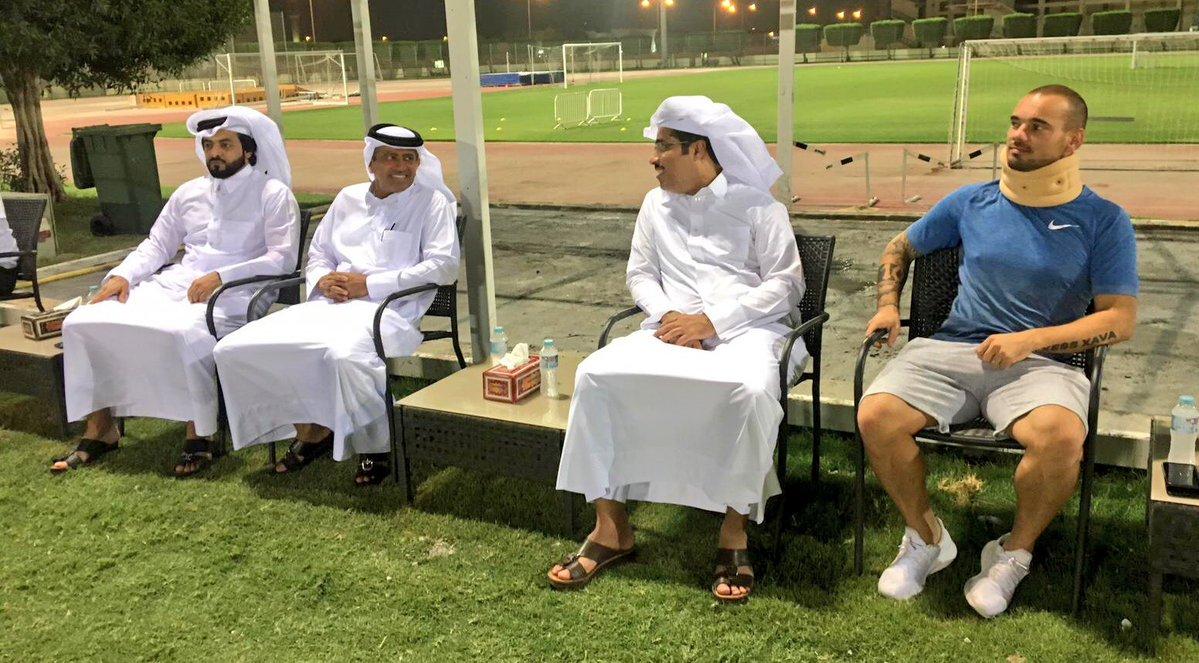 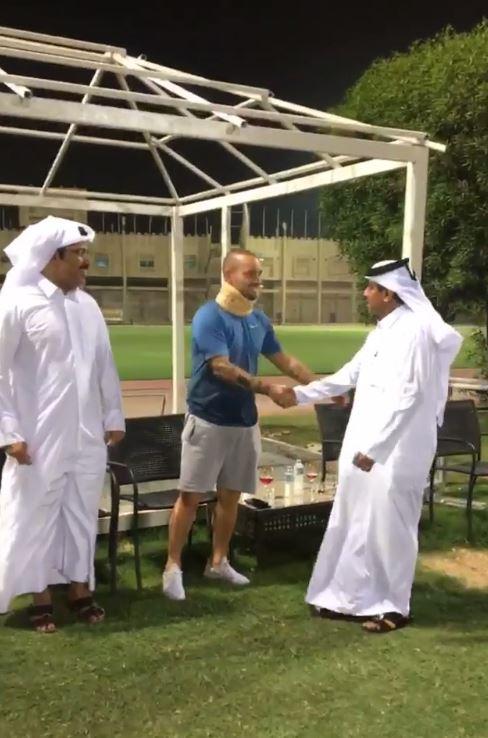 Sneijder scored 31 goals in 134 appearances for Holland before retiring from international duty in March.

The 34-year-old joined Al-Gharafa from French outfit Nice during the summer.

He found the net in their 3-2 home loss to Umm Salal on Saturday, but was rushed to hospital earlier this week following the accident.

Pictures appeared on Thursday of the Utrecht-born star wearing a neck brace, sitting on a bench next to club officials.

Sneijder appeared in good spirits as he continues his recovery from the crash. 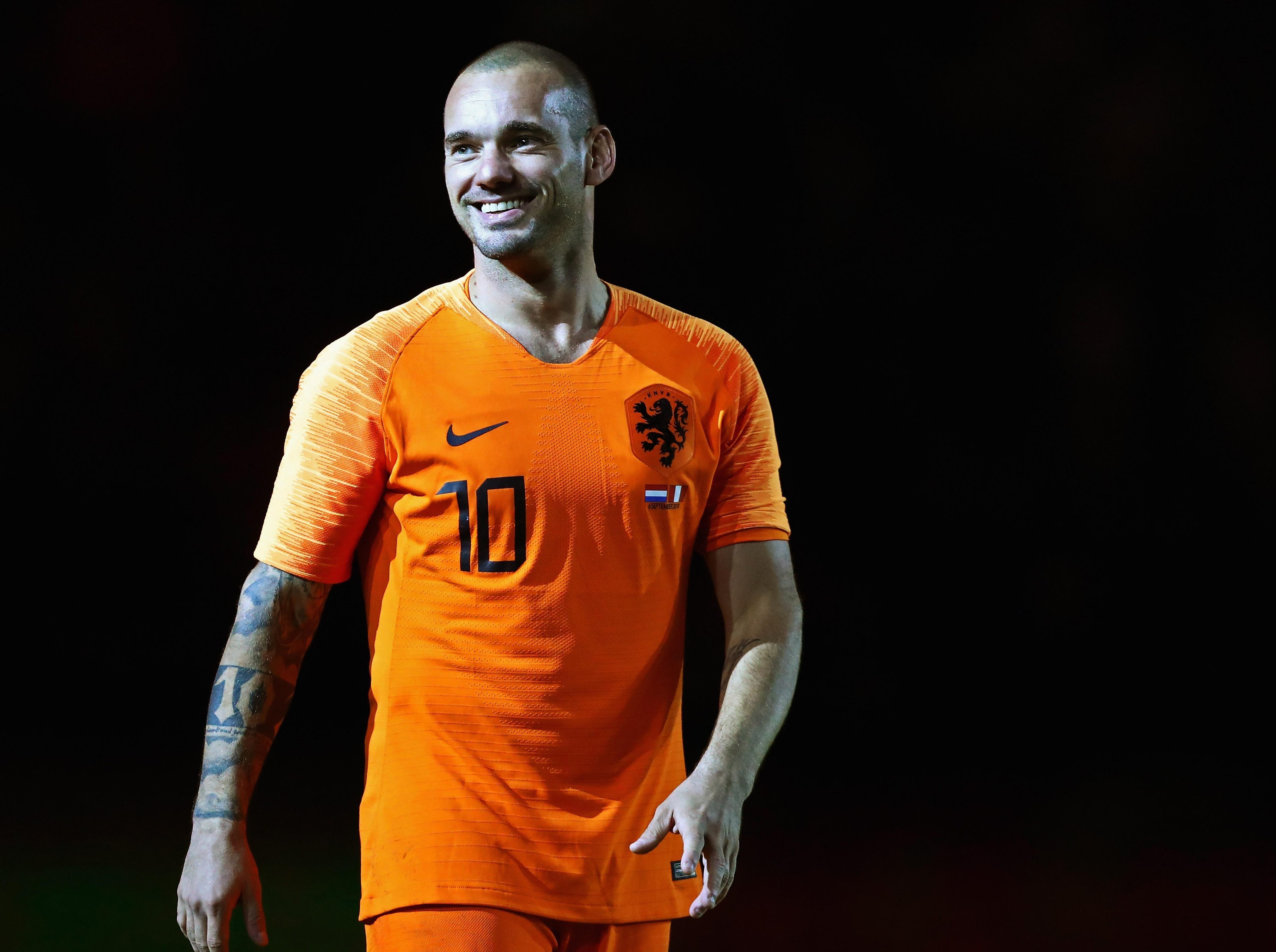 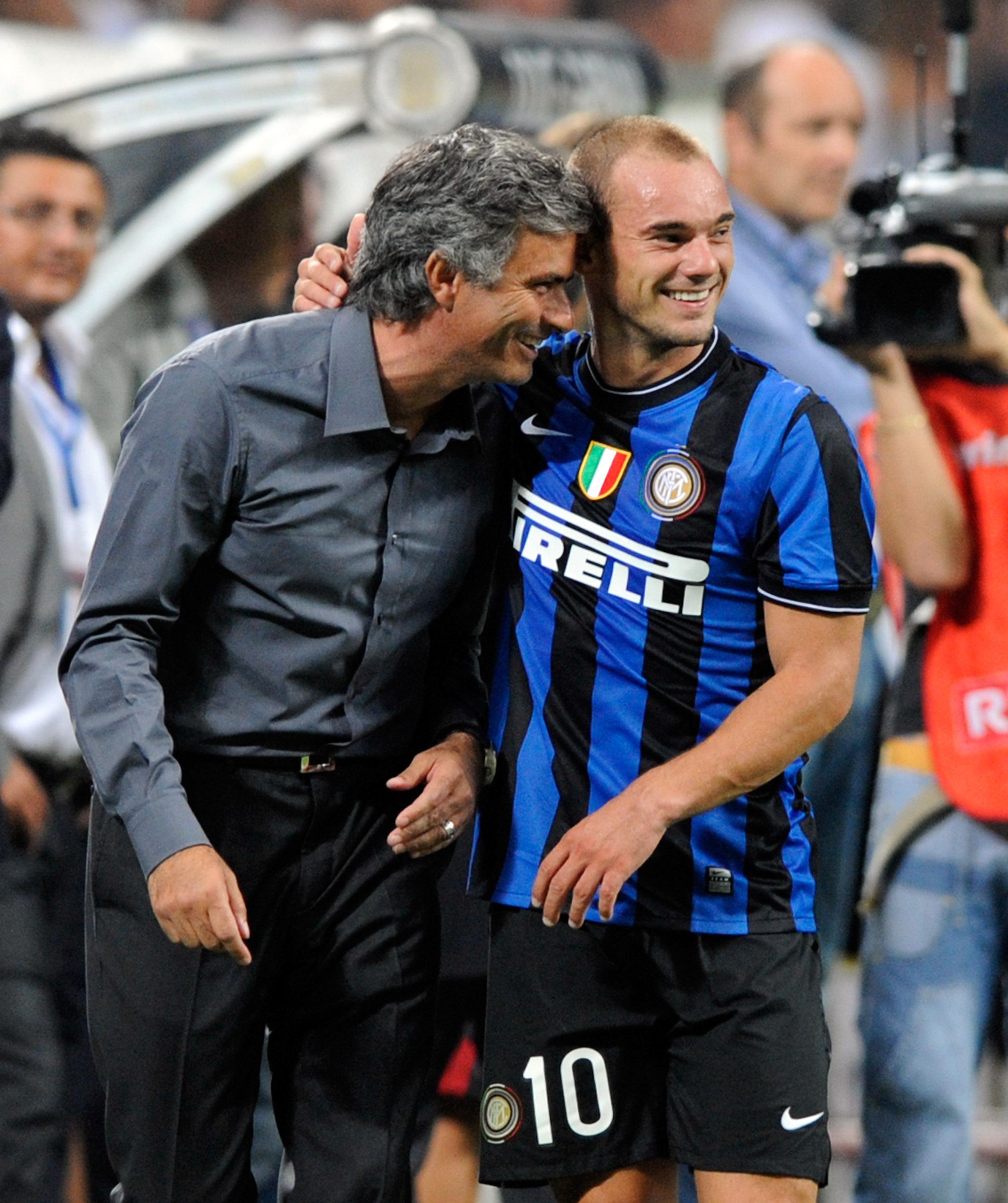 On the incident Al Gharafa said: "Our world star Wesley Sneijder was hit by a car crash.

"Thankfully he suffered only minor bruises to the neck.

"It should be noted that Sneijder had been injured in our last game against Umm Salal, when he ruptured a thigh muscle.

"The official site wishes our world star a speedy recovery from his injury."

At the height of his career Sneijder was a leading target for several Premier League sides – including Manchester United and Liverpool.