Second-half goals by Callum Wilson and Steve Cook maintained Bournemouth’s 100 per cent start to the new season and stunned Pellegrini. 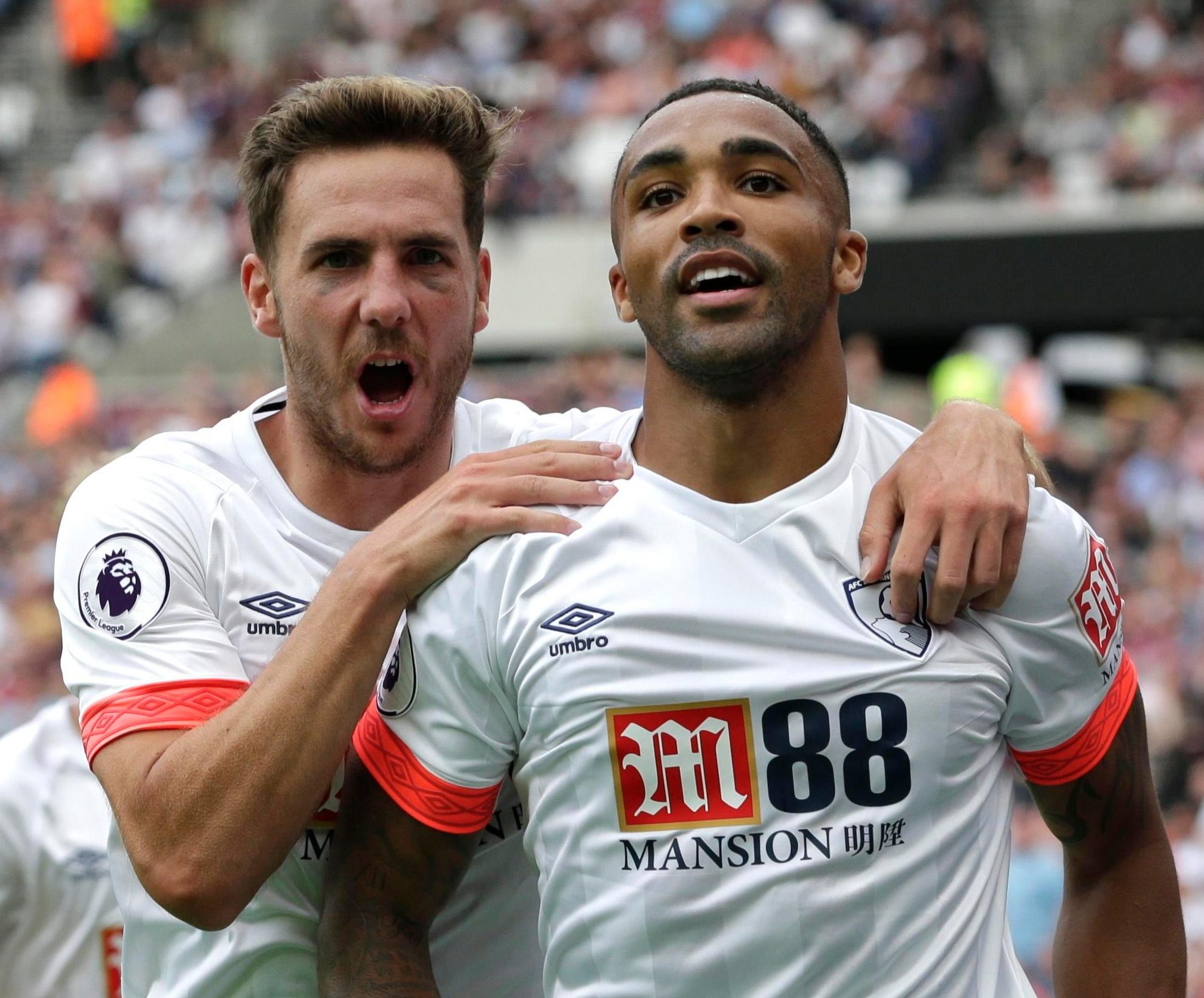 The Hammers looked to have come up with the perfect response to last Sunday’s 4-0 hammering at Liverpool when Marko Arnautovic converted a 33rd minute penalty.

But they simply fell apart after the break as Eddie Howe’s visitors built on their opening-day victory over Cardiff.

Having spent the best part of £100million on new signings this summer, Pellegrini was entitled to expect better than this from team.

They took the lead when Javier Hernandez was taken out by Nathan Ake’s challenge, a foul missed by referee Stuart Attwell but awarded on the advice of eagle-eyed linesman Harry Lennard. 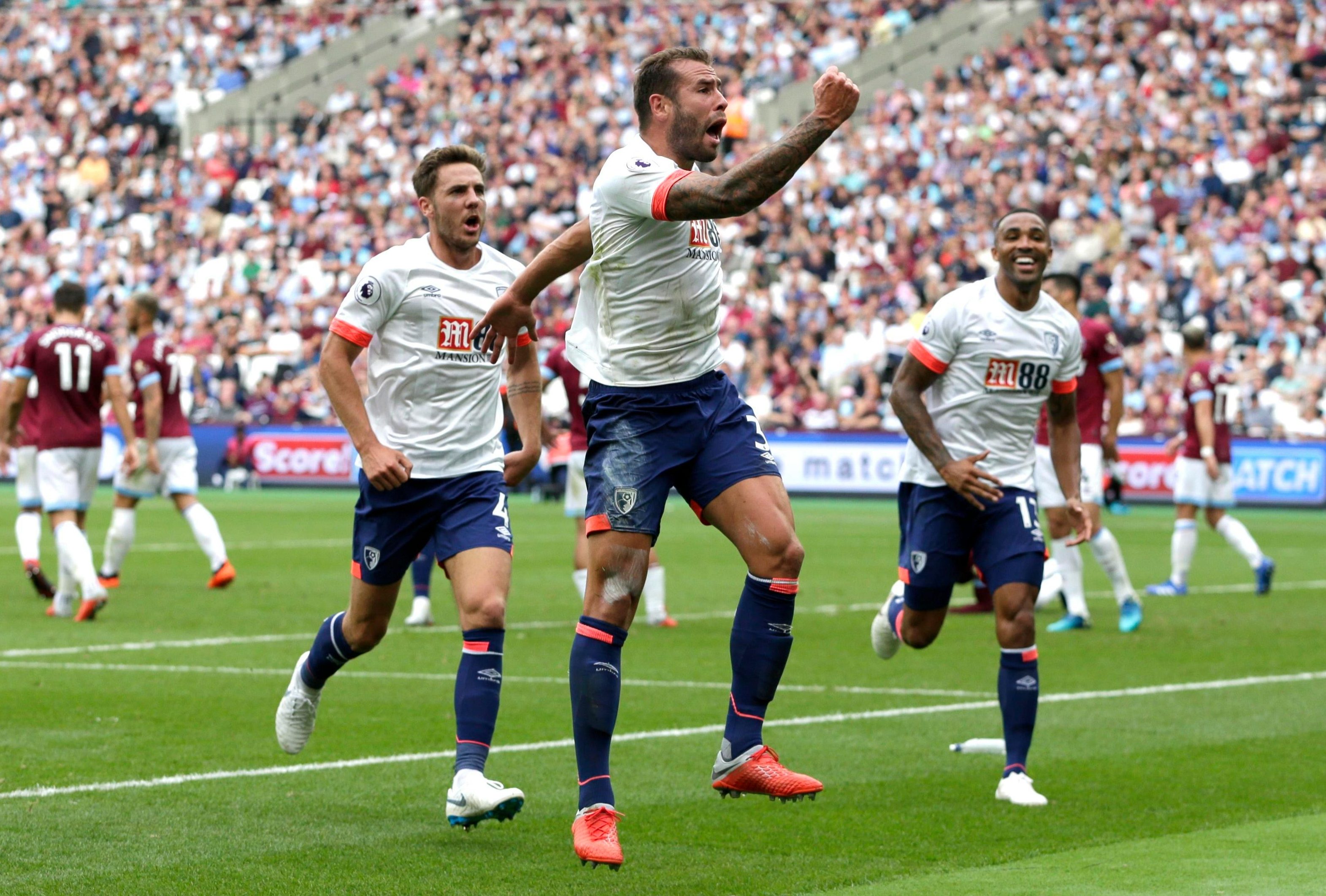 It was Arnautovic’s first time on spot-kick duties for the Londoners and quite a surprise when he stepped up ahead of skipper Mark Noble, who has one of the best penalty records in the business.

Yet the big Austrian did not disappoint, steering his effort beyond the reach of Bournemouth keeper Asmir Begovic to give his team the lead.

To add insult to injury for the visitors, they should have had a penalty of their own when Callum Fraser was bundled over in the box by Noble in the 56th minute.

Yet Attwell once again waved play on and this time even Lennard was unable to correct his colleague’s mistake. 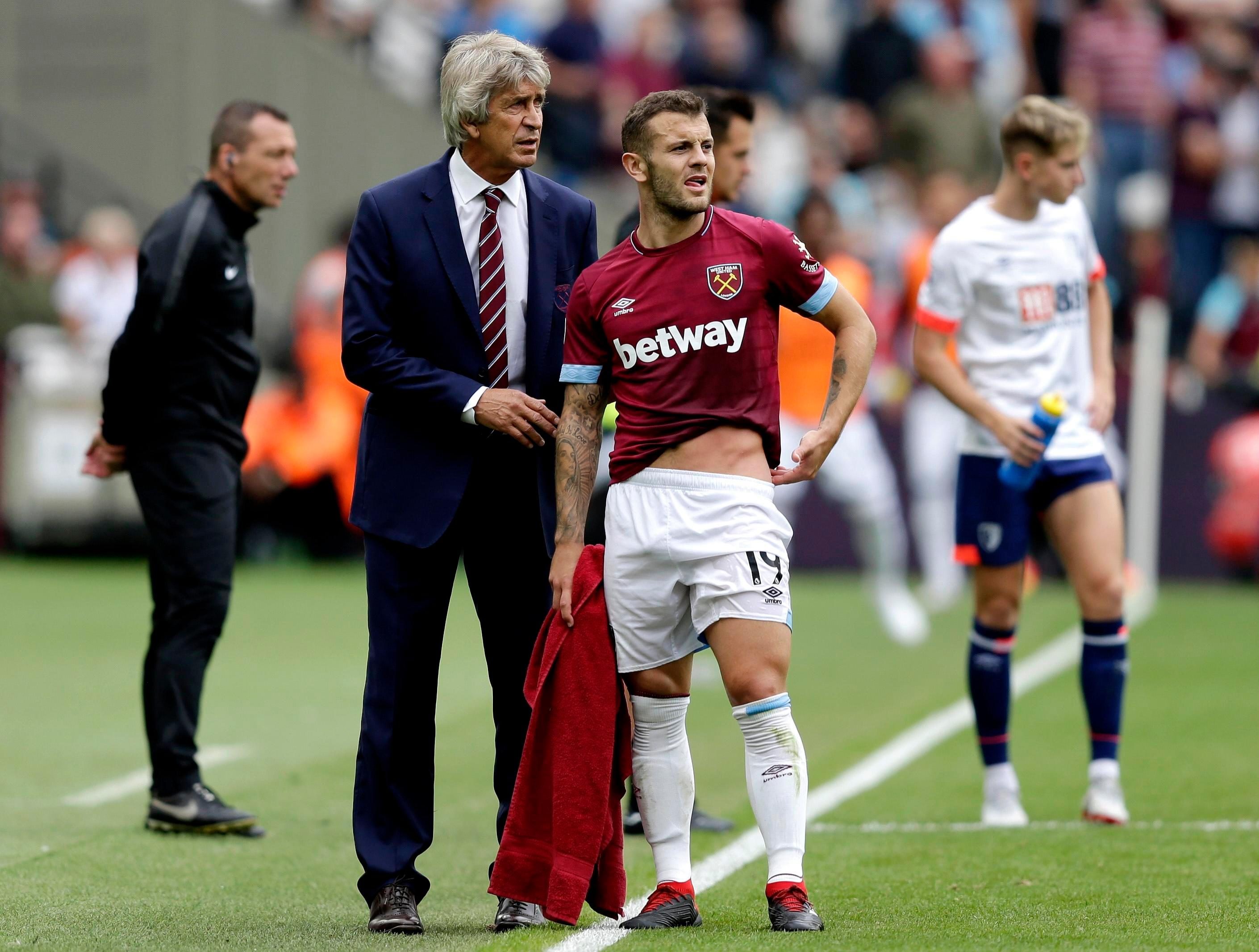 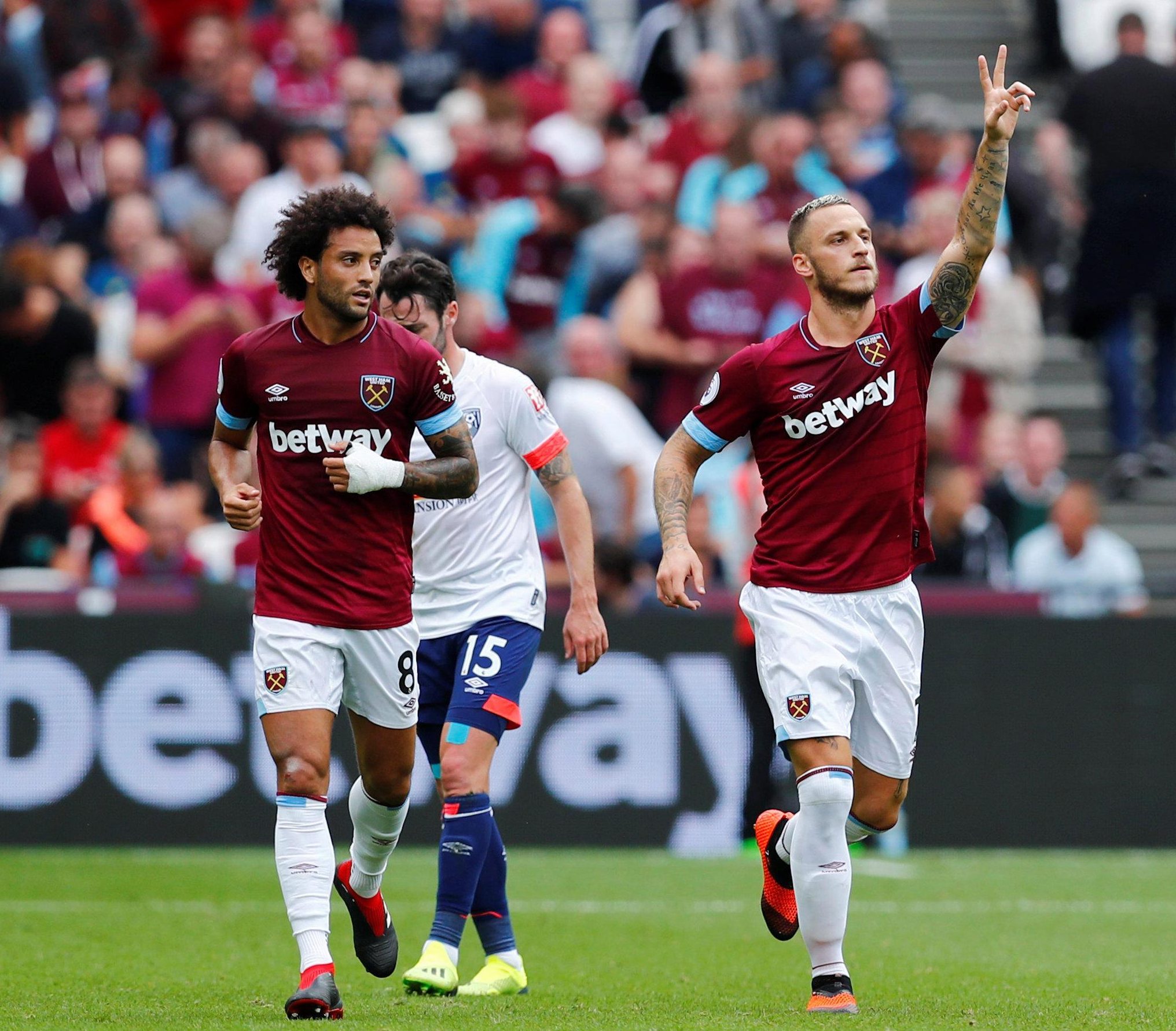 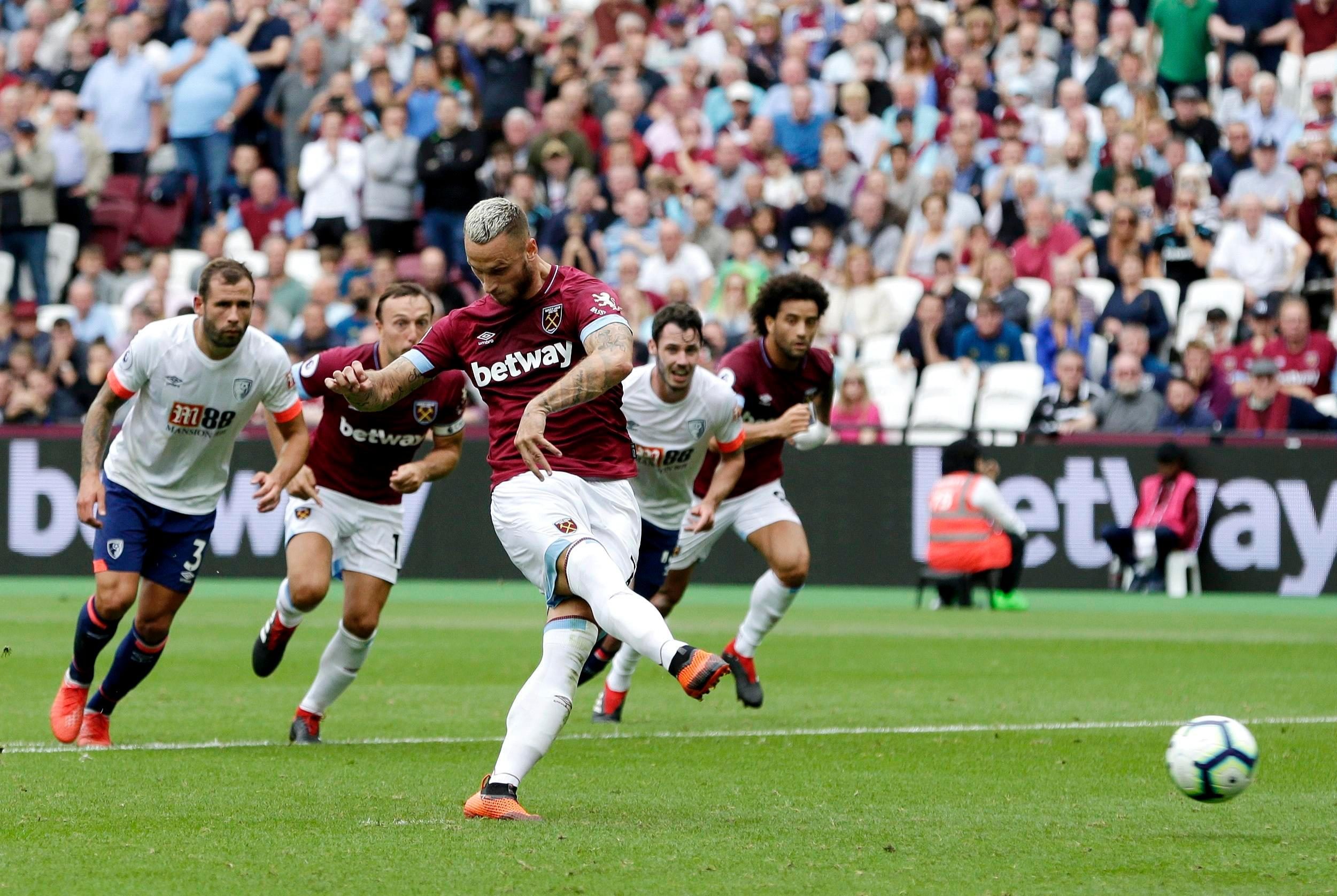 Bournemouth, though, were not to be denied and deservedly levelled in the 60th minute when Callum Wilson shrugged off poor challenges from Fabian Balbuena and Pablo Zabaleta before sliding his shot past Lukasz Fabianski.

Fabianski had already been forced into full-length saves to deny Wilson and the impressive David Brooks.

Yet even he had no answer when Cook muscled his way ahead of Angelo Ogbonna to bundle home Ryan Fraser’s 66th minute free-kick.

It was a defeat which leaves West Ham bottom of the embryonic Premier League table and already has the fans turning ugly.

Next week they travel away to Arsenal. Two weeks into the new season and that is already a game they dare not lose. 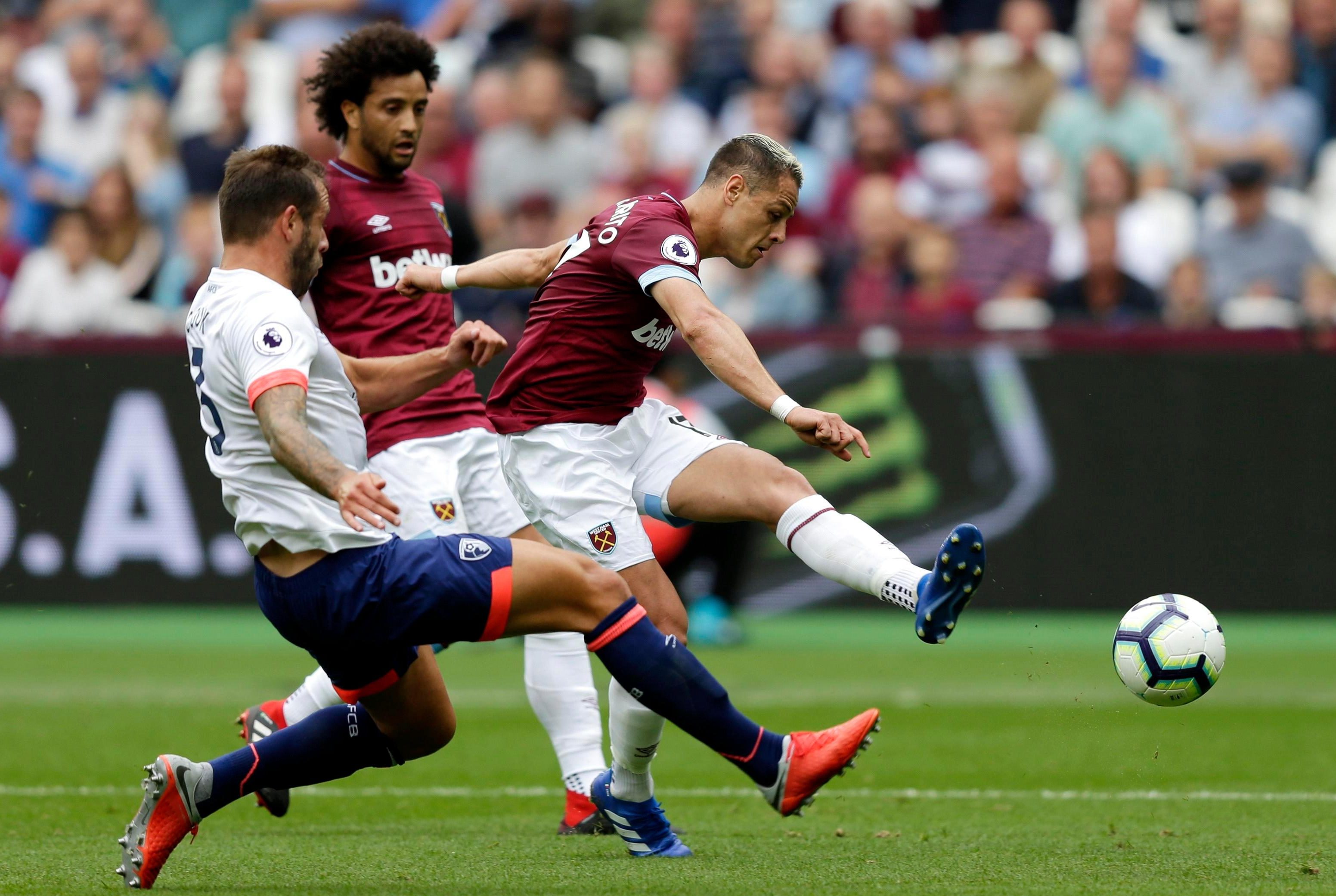 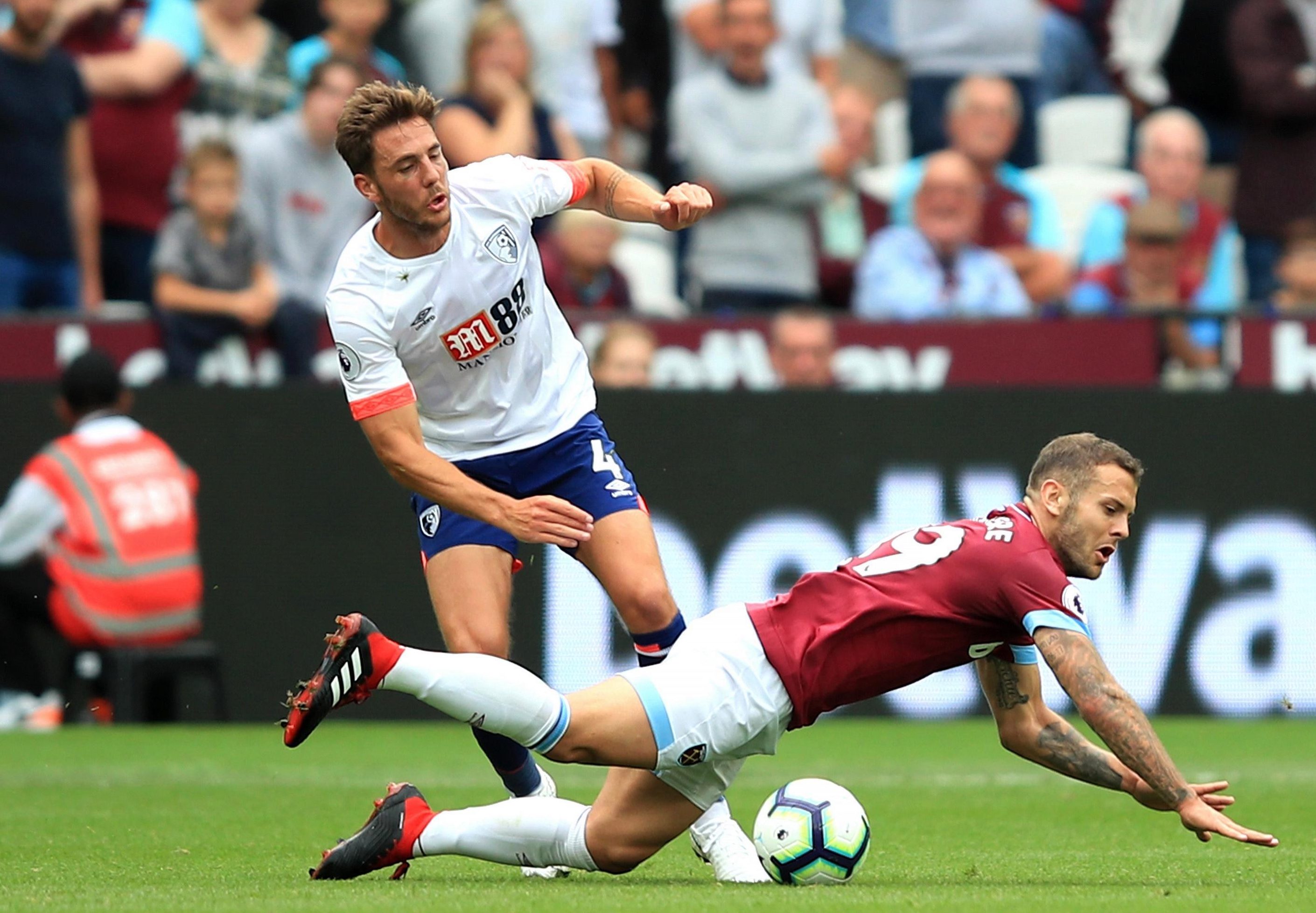 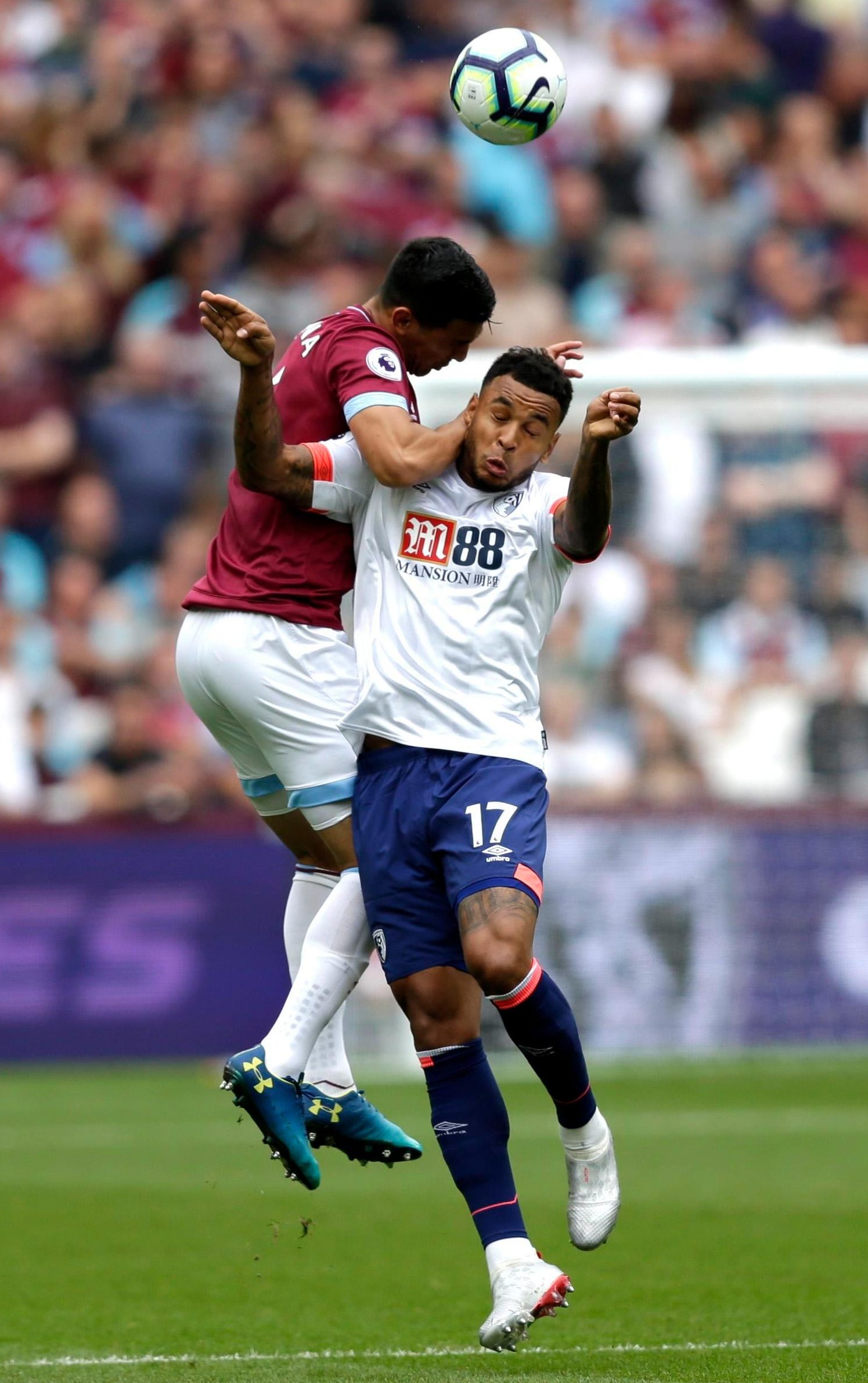